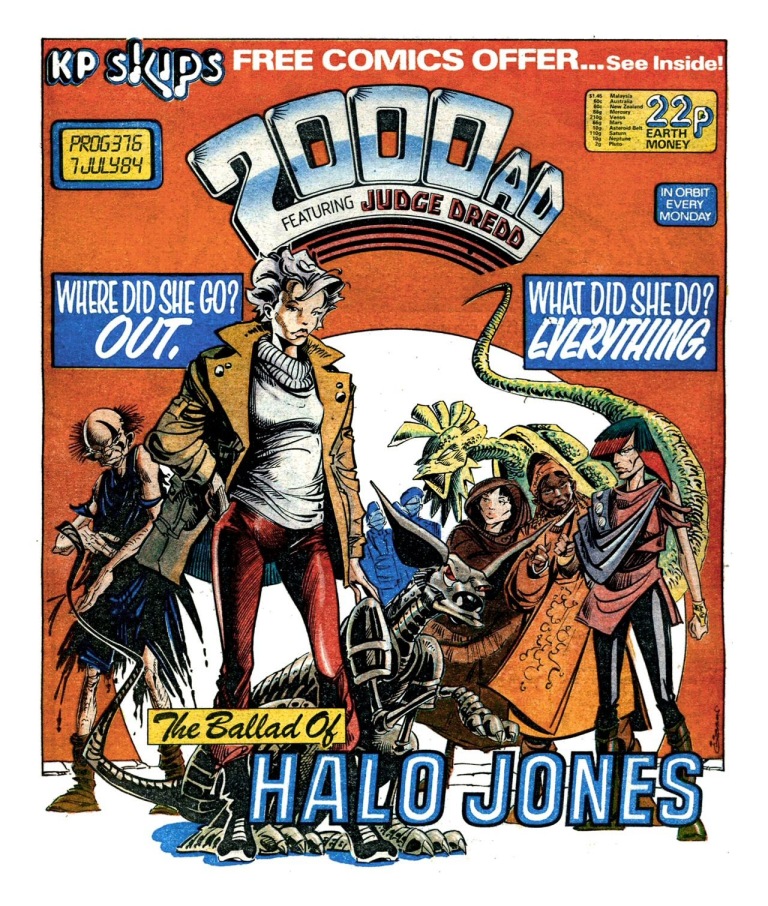 Before Watchmen came The Ballad of Halo Jones, Alan Moore’s earlier attempt at subverting the comic book action template. It contained everything that was unlikely to appeal to the average reader of its home 2000AD. It was about girls, shopping, isolation and mourning, but worst of all featured virtually no violence.

Halo is not an adventurer, just someone who is frustrated by the limited options offered by her life. She and her friends are more interested in watching soaps than handling Frag guns in circulation restricting outfits. Initially it didn’t go down too well with the comic’s male readership. More fool them, as Alan Moore says in his Introduction, “What’s the matter? Don’t you like girls?” 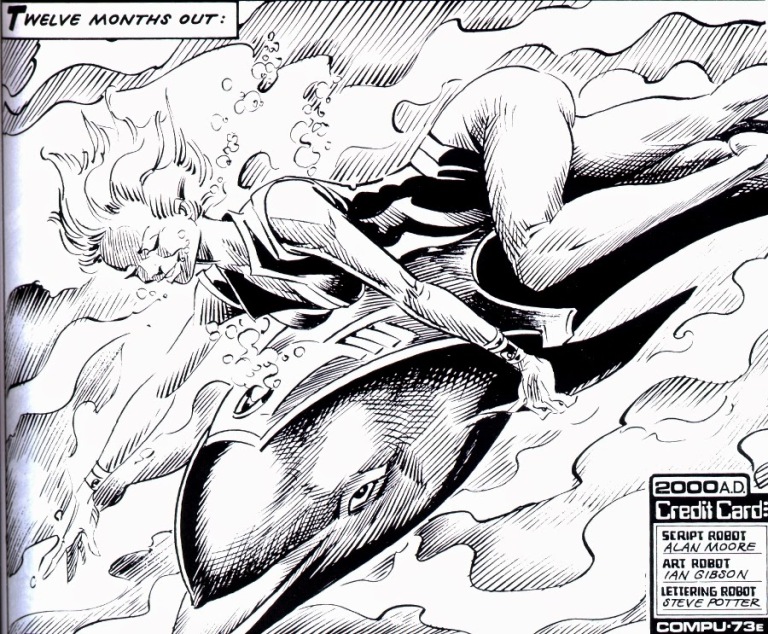 None of this is to say that Halo Jones isn’t a gripping story. It actually contains all the elements beloved of most comic readers; the future, space travel, aliens and eventually intergalactic warfare. The whole saga can be encapsulated by its tagline: ‘Where did she go? Out! What did she do? Everything!’ 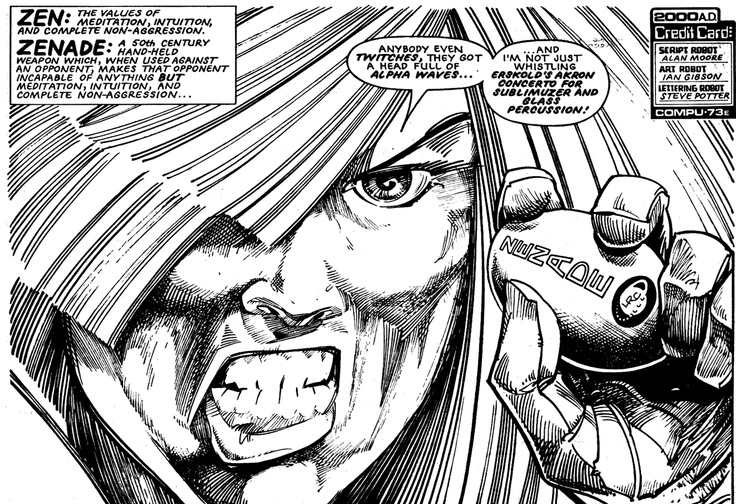 Halo comes from a place called The Hoop in the year 4949. A ring of sealed tubes just outside Manhattan, this is a dumping ground for a mainly female population who are unemployed and not helping support the Earth’s economic infrastructure. It’s a place characterised by swift violence and inertia in equal measure, the inhabitants live on credit card welfare and daydreaming. Their only means of escape are to join the brain implanted Different Drummers, or enlist for service on one of the giant cruise ships. Which is exactly what happens to Halo, along with her killer robot dog Toby.

Book two is slightly more accessible than the first, with a familiar space bound environment and a more defined, action based plot. Hostess Halo is also forced to wear a bunny girl outfit, much to her distaste: “But showing my feet and everything! I mean on the Hoop, if a woman did that, I mean…” 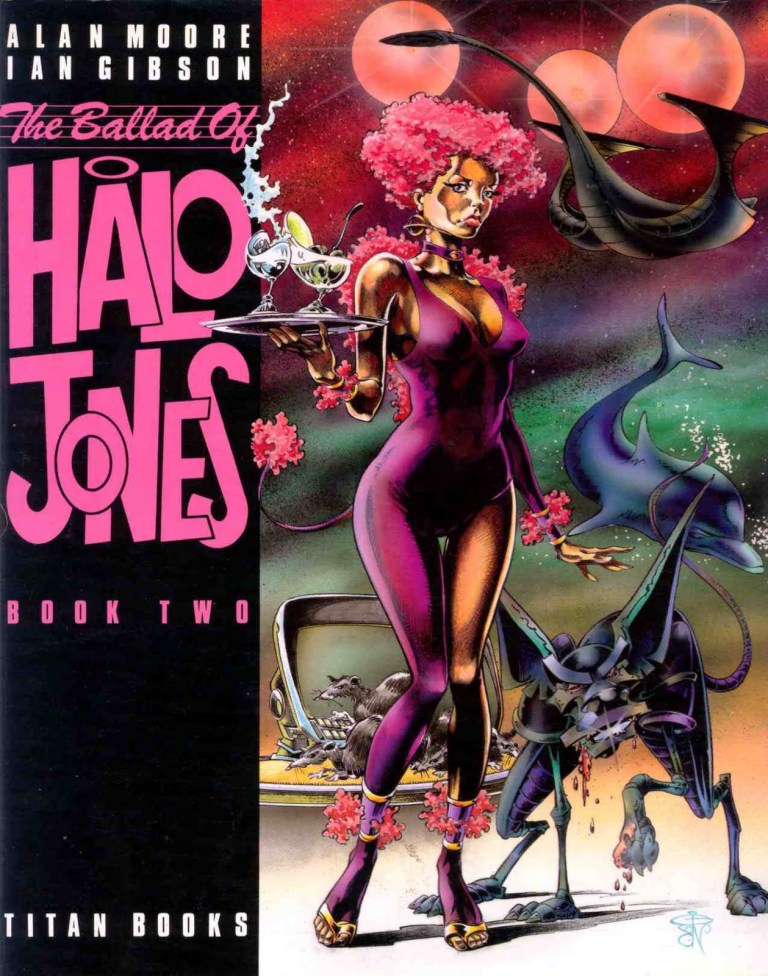 It also contains moments of real pathos, not least the inclusion of a new character called the Glyph. This Cypher like figure is literally ignored by all around her, having slipped below the human register as a result of too many sex change operations. Desperate to be noticed by Halo and her Amazonian cabin mate Toy, Nobody ultimately makes an indelible contribution to their lives. Not that anybody realises.

The Ballad ends too soon, in book three, but it bows out in such epic style that the proceeding chapters appear to be little more than a preface. Again the setting is familiar to comic readers, a desolate warzone called the Tarantula Nebula. The war has a fantastic Science Fiction conceit whereby soldiers are plunged into a warzone where time travels massively more slowly – a few weeks in battle translates as weeks back in the real world.

What makes this so different from the average future war scenario is that rather than blood and glory, humanity and the meaningless of conflict are the major themes. As Toy says to Halo at one point, getting to grips with the jargon of war during brutal combat, “If we’re still alive afterwards, it was just combat experience”. It is bravely downbeat in tone, accompanied by the most beautifully detailed representations of character and background so far by artist Ian Gibson.

Like all good science fiction Halo Jones is a parallel of the world we live in. The Hoop is the encapsulation of the consumer trapped, celebrity obsessed lives we increasingly lead. It’s a frequently depressing tale, but one which contains a message of hope, though hope tinged with the sadness of a loss of innocence. 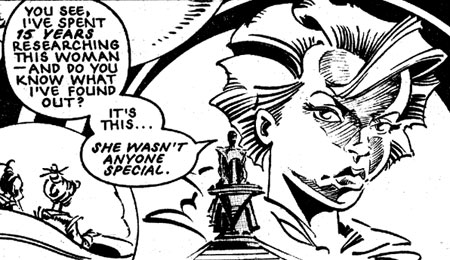 3 thoughts on “Where did she go? Out. What did she do? Everything.”