It’s customary to begin any piece about Dodie Smith’s I Capture the Castle by quoting its famous opening line. So I thought I’d start with the last one.

In its own way it’s just as perfect as ‘I write this sitting in the kitchen sink’. Both deal with I Capture the Castle’s major theme, the telling of stories – something that is always in the mind of the narrator, Cassandra Mortmain and ever present in the diaries of the writer Dodie Smith.

The circumstances of the creation of I Capture the Castle are almost as compelling as the story itself. Dodie wrote the story whilst she was living in exile in California, in what biographer Valerie Grove calls ‘a fever of nostalgia for England‘. She and her husband, a conscientious objector, had moved there at the beginning of the war – at the height of Dodie’s career in the theatre – and remained there for the next fourteen years, fearful of the reception they would face in their longed for homeland.

So, several years in, failing to make inroads into Hollywood and living in splendid isolation, Dodie endeavoured to write her first novel. It was a process that would take four years and bring her close to a breakdown. She writes in her notes (a separate book running to over 100,000 words) that her natural ability for writing speech had suddenly malfunctioned. ‘My inner ear – that faculty for hearing each and every word spoken in my head before I write it – suddenly went out of gear. Always I heard words battering at me, trying to form their own satisfactory sentences.’ 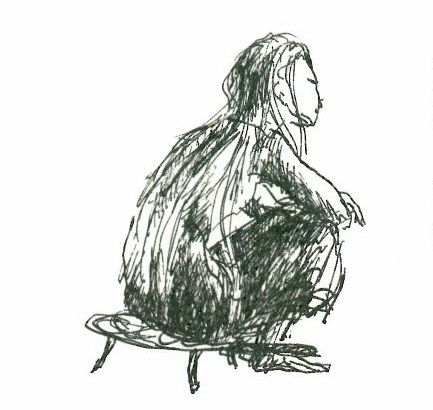 The driver for the plot is, not uncoincidentally, the writer’s block of Cassandra’s father Mortmain, a tortured genius who achieved literary success some years before with an unfathomable but influential Modernist novel called Jacob’s Wrestling. Mortmain is unable to complete, or even begin a second book. Dodie too was wracked by self doubt. Surrounded by her highly literary (and snobbishly bitchy) circle she found herself hung up on Mortmain and the world he represented.

Valerie Grove writes that ‘she got stuck again and again at the page mentioning James Joyce. The concentration of effort caused blood to rush to her head. She would type each page over and over until she felt quite dizzy…. her analysis of Mortmain and his writer’s block for instance is like a psychological or neurological case study.’

Not that you’d know about this turmoil from reading the book which is written in the deceptively easy hand of Cassandra, through whom Dodie channels the voice of her teenage self. The always perceptive vicar describes her as ‘the insidious type – Jane Eyre with a touch of Becky Sharp. A thoroughly dangerous girl.’

In Cassandra Dodie invents the prototype for a thousand ‘Young Adult’ heroines, a girl whose drive threatens to tip over into self obsession, uncompromising on matters of the heart but privately insecure.  Cassandra’s outstanding feature though is her wit. ‘I have never felt happier in my life. Maybe it is because I have satisfied the creative urge… or it may be the thought of eggs for tea.’ 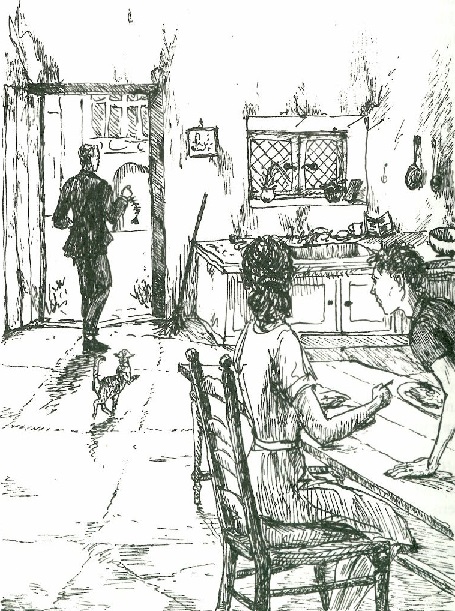 Cassandra wouldn’t be half as effective had Dodie not taken so much care over her supporting cast. From minor characters, like the vicar and the tailor’s dummy Miss Blossom, to Cassandra’s immediate family, they all feel like people you’ve met. And they are all targets for Cassandra’s wonderfully cutting wit. My favourite is Topaz, the proto-hippy stepmother. 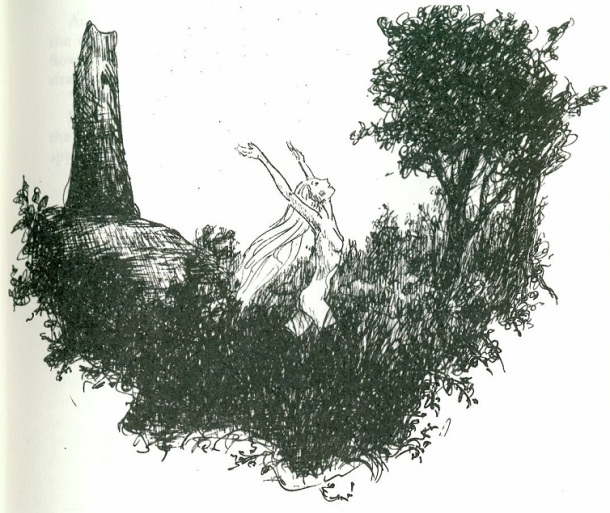 ‘Topaz was wonderfully patient—but I sometimes wonder if it is not only patience, but also a faint resemblance to cows. It is rather like her imperviousness to cold; Father once said she had a plush-lined skin and there are times when I think she has plush-lined feelings.’ 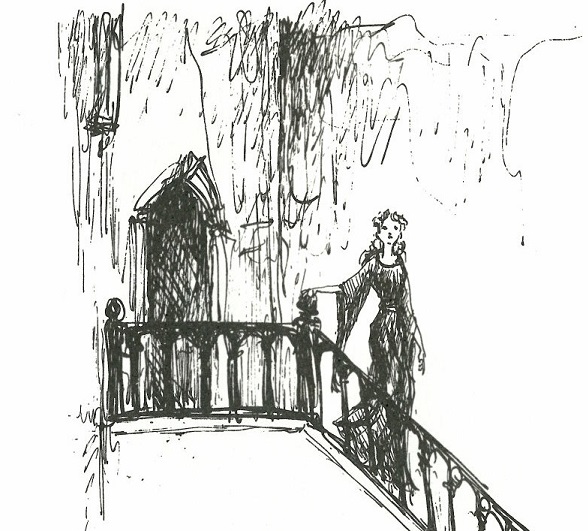 Her sister, a beauty called Rose, also strikes a particular figure; ‘early Victorian‘ as Cassandra wryly observes. She’s depressed by the family situation and her prospects for pulling them all out of poverty through marriage. Rose is given to melodramatic outbursts and showy displays.‘There were moments when my deep and loving pity for her merged into a desire to kick her fairly hard.’ 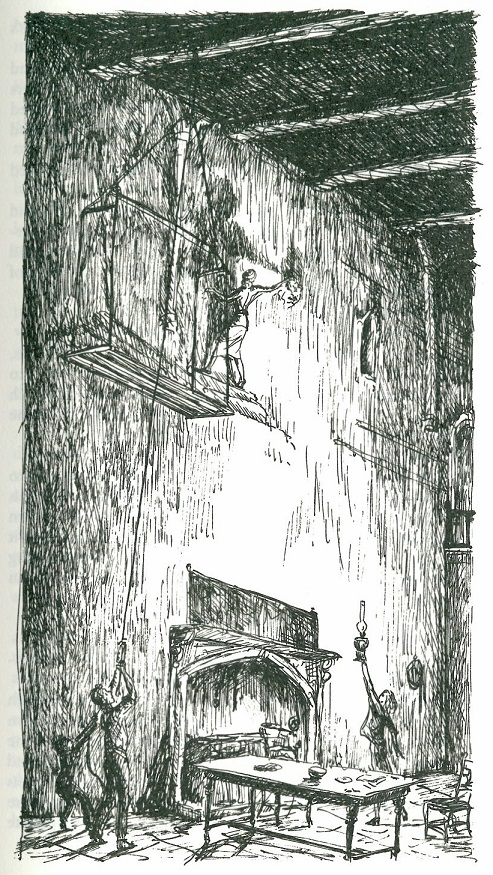 The final beauty is Stephen, the son of the Mortmain’s late housekeeper who still lives with them in a dingy cell. Stephen looks like a Greek god but is rejected by Cassandra because of a distinctly ‘daft‘ look that sometimes overcomes him. ‘I wondered if Stephen was haunted by the ghosts of ancient hens.’ says Cassandra. 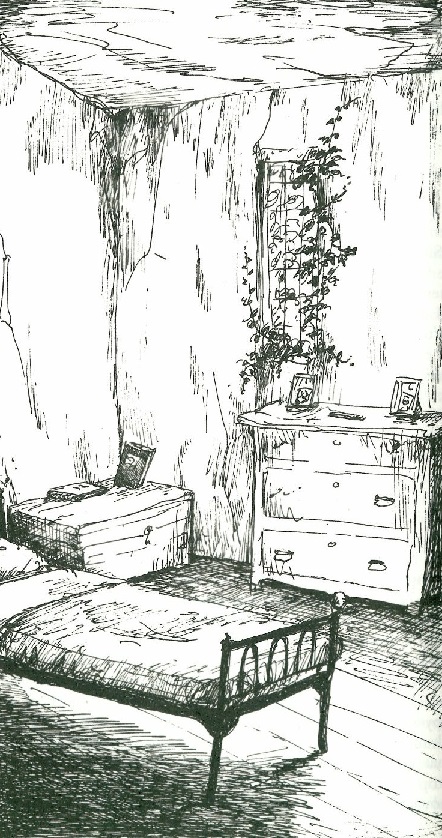 Way beyond the first line Cassandra is full of helpful nuggets that you will stay with you for life. On baths she has this to say: ‘I believe it is customary to get one’s washing over first in baths and bask afterwards; personally I bask first. I have discovered the first few minutes are the best and are not to be wasted – my brain always seethes with ideas and life suddenly looks much better than it did.’

The subject of washing has an important role in the story, it is after all a particularly serious consideration for two young girls living a squalid old castle. So important in fact that the ultimate prize for Rose when she finally marries a rich man is a well appointed bathroom. But as wise Cassandra notes, ‘No bathroom on earth will make up for marrying a bearded man you hate.’

Only in Douglas Adams’ Hitchikers’ Guide to the Galaxy have I ever read a story that places such emphasis on the importance of towels. They are there during Cassandra’s first meeting with her rich American neighbours, they play a part in the proposal scene and they are the emotional climax of an important argument between the sisters:  ‘“Oh go and sit in your bathroom and count your peach coloured towels.” I sneered at her.’ 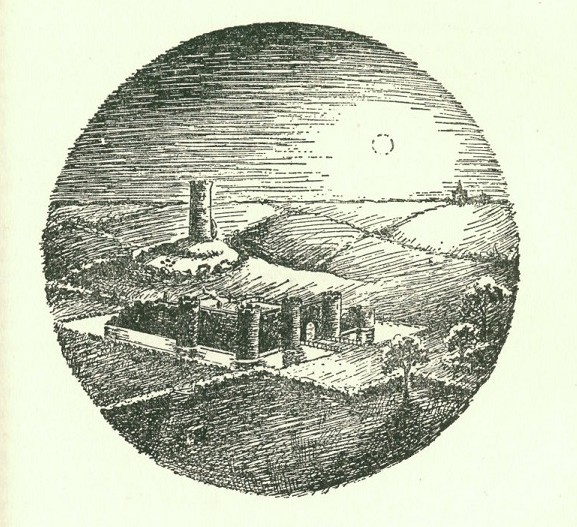 The other major character in the story is the castle itself, a result of Dodie’s longing for home. Valerie Grove writes, ‘she returned in her imagination to a house she had seen in 1934 at Wingfield in Suffolk, a house grafted on to a medieval castle.’

Dodie combined this real place with another castle that she had heard about when she was a shopgirl in Heal’s department store, described to her one day by one of its residents, one of the famous society Tennant girls and later wife to the Prime Minister Asquith. She talked of growing up with her sister Laura Tennant at Glen castle in the remote highlands, where they ran wild amongst the turrets, entertaining young men in their roomes. Valerie Grove writes ‘Dodie had been enthralled by the idea of the sisters growing up there, self-willed, bold and independent.’

On a sadder note, I Capture the Castle is set in 1935, and having read Kate Saunder’s Five Children on the Western Front, I can’t help but picture the male protagonists being sent off to fight several years after the events of the book. Presumably this fact wouldn’t have been lost on Dodie who was scrupulous about historical detail.

Although uproarious at times, and deeply romantic at others, there is a melancholy that hangs over the book. The eternal refrain of ‘I love you’ on the final page has a yearning quality, the fifty year old Dodie saying goodbye to her own eventful youth. 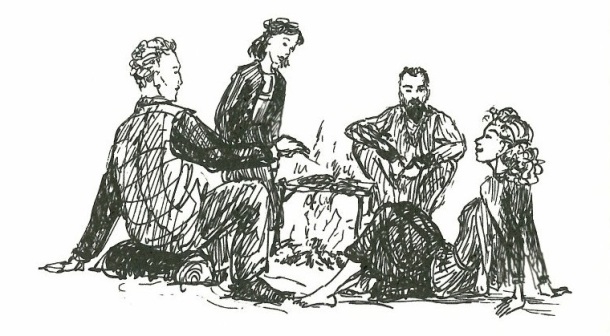 I Capture the Castle is the first book from of my list of betterment, and fittingly it’s a story about storytelling and a perfect beginning to my reading journey. I’ll be moving on to another world and another coming of age story soon, but until then, as Cassandra says at the close of her ‘sixpenny’ notebook:

The End (of book one)

I Capture the Castle is published by Vintage and Random House. Illustrations above taken from the 1997 Folio edition by Aafke Brouwer. Except circular plates which are from the first edition by Ruth Steed.

7 thoughts on “I Capture the Castle by Dodie Smith”