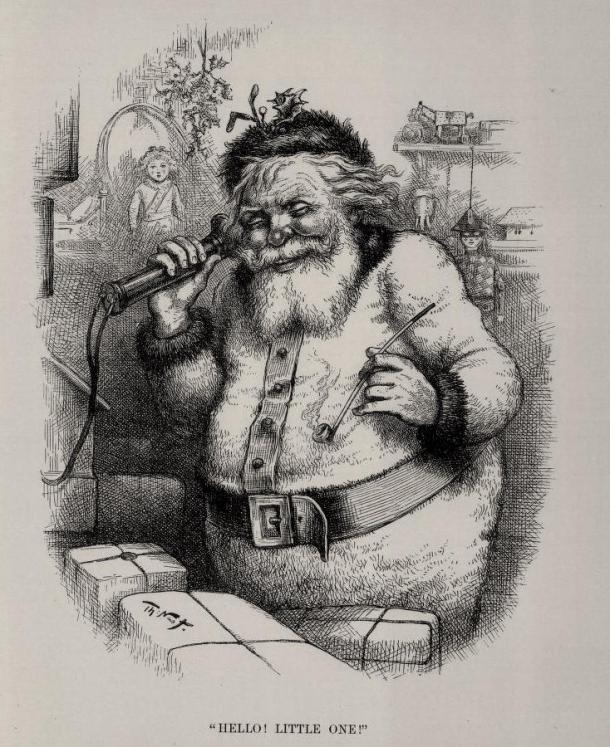 Following John Updike, another American cultural heavyweight weighs in with a piece of lightweight seasonal musing today, as anthropologist Margaret Mead records an ‘Interview with Santa Claus’ for what was to be her final publication before her death in 1978.

‘Do you have a few minutes for an interview? Children are asking so many questions, and we don’t have the answers.’ 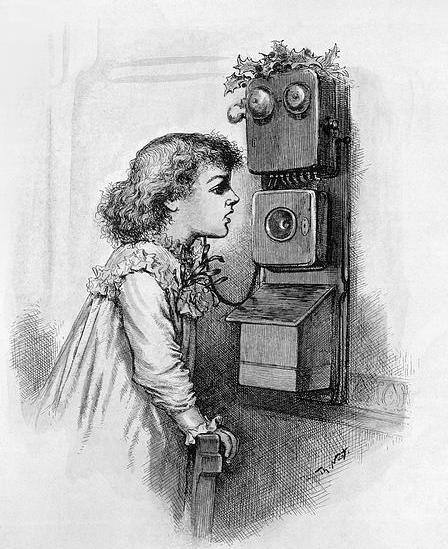 Written with her partner Rhoda Metraux, the interview brings an anthropological logic to bear on the story of the great gift giver. We learn that there isn’t just one Santa Claus, in fact it is a mantle passed down through the generations.

‘Of course I’m one person. But I belong to a very big clan and a very old one — a clan of givers. As far as I know, our history goes back at least two thousand years, and then maybe much longer, but when you get back that far, it’s all hearsay and tales that are almost like fairy tales.’

Mead and Metraux take us from the original Saint Nicholas through some of the scarier creatures to spread presents and terror to the children of the world:

‘Knecht Ruprecht, a frightening being who carried a switch. Another one was called Klaubach a kind of shaggy monster with horns and fiery eyes and a long red tongue and chains that clattered… Nowadays we’ve given all that up.’ 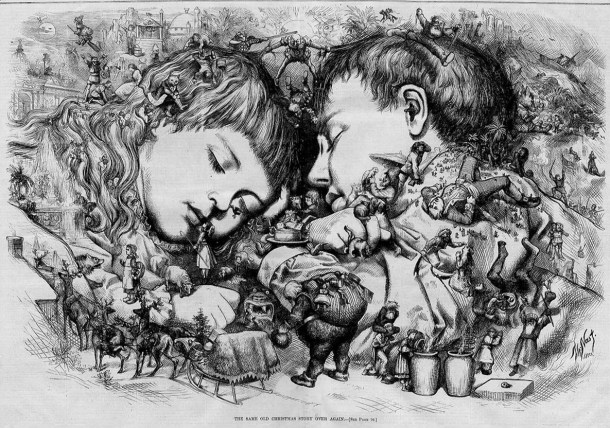 The Santa Claus taking part in the interview is a man of German and Dutch origin – the same one featured in the book’s artwork, which is mainly lifted from Thomas Nast’s images published in Harper’s Weekly magazine between 1866 and 1886.

Nast was the man who really fixed the idea of Santa as a rotund, jolly good fellow. He built on the image created in the poem ‘A Visit from Saint Nicholas’, a sort of benevolent vagrant and added his own childhood memories of the German character Pelznichol (Furry Nicholas) aka Belsnickel, a grubby traveller who entered chimneys at night with a bell, a whip and a sack of presents.

Santa goes on to divulge the secrets of managing the modern Christmas. He explains that working for him are an international team of crack Santas, bringing joy to the children of the world by helicopter, speedboat or snowmobile. Whoever brings the presents, the role remains crucial in the unforgiving modern world.

‘From him, as from the others, children can learn that giving as well as receiving is joyous, and that the gifts that seem to be given freely by wonderful, benign visitors are tokens of happy care given by mothers and fathers… Giving is itself a kind of thank offering.’