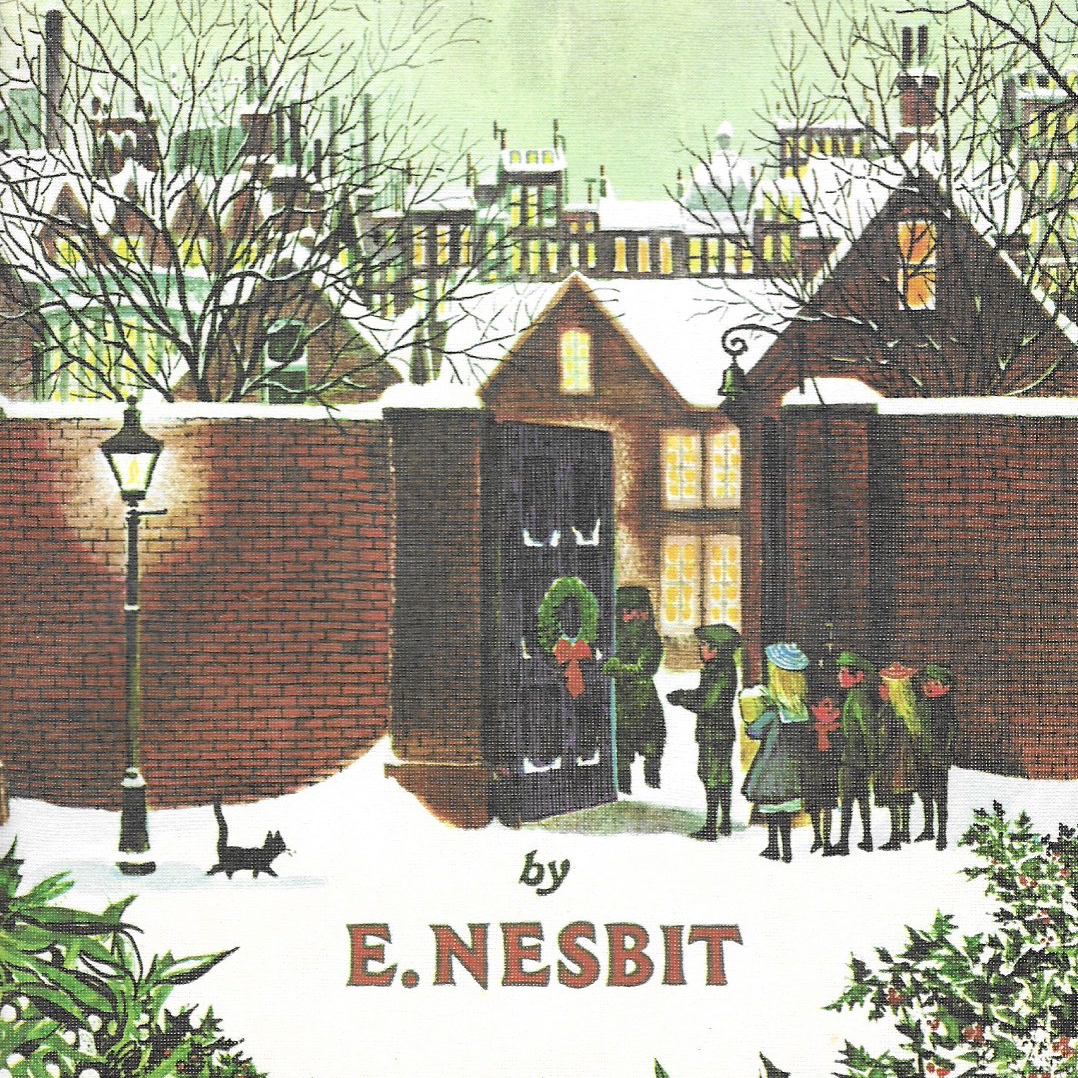 ‘It was Christmas, nearly a year after Mother died. I cannot write about Mother—but I will just say one thing. If she had only been away for a little while, and not for always, we shouldn’t have been so keen on having a Christmas. I didn’t understand this then, but I am much older now, and I think it was just because everything was so different and horrid we felt we must do something; and perhaps we were not particular enough what.’

The Bastable children are facing a bitter Christmas. As well as having lost their mother, father has gone to France in search of his wicked business partner and lost fortune. With money in very short supply all they have to look forward to is the housekeeper’s ‘plain pudding.’ So the ever resourceful children decide to take matters into their own hands and create their own luxurious Christmas pudding.

‘Dora got the cookery-book out of the dresser drawer, where it lay doubled up among clothes-pegs, dirty dusters, scallop shells, string, penny novelettes, and the dining-room corkscrew. The general we had then—it seemed as if she did all the cooking on the cookery-book instead of on the baking-board, there were traces of so many bygone meals upon its pages.’

But since the children don’t have two farthings to rub together they end up begging money from neighbours for the ingredients. They end up with more than they need and set about making the pudding in their own inimitable way.

‘The girls had washed the currants with Brown Windsor soap and the sponge. Some of the currants got inside the sponge and kept coming out in the bath for days afterwards. I see now that this was not quite nice. We cut the candied peel as thin as we wish people would cut our bread-and-butter.’

Then there is a slight misunderstanding over the garnish.

‘We chopped the holly for the sauce, but we put hot water (instead of brandy) and moist sugar. Some of them said it was not so bad. Oswald was not one of these.’

When it emerges that the younger Bastable children have begged the money under the pretence that is was for needy children, they are plagued by guilt and set about distributing the dubious ‘conscience pudding’ to the poor.

‘”Oh, if you please we’ve got some Christmas pudding in this basket, and if you’re a poor person you can have some.”

“Poor as Job,” said the young man in a hoarse voice, and he had to come up out of a red comforter to say it.

‘We gave him a slice of the pudding, and he bit into it without thanks or delay. The next minute he had thrown the pudding slap in Dora’s face, and was clutching Dicky by the collar.

“Blime if I don’t chuck ye in the river, the whole bloomin’ lot of you!” he exclaimed.’

Unable to give the pud away on the streets, they make for the workhouse where the gimlet eyed proprietor takes pity on the children and offers tea and entertainments. She is possibly worried about them poisoning any more homeless people.

‘We washed our faces and hands and had a first rate muffin and crumpet tea, with slices of cold meats, and many nice jams and cakes. A lot of other people were there, most of them people who were giving the entertainment to the aged poor.

‘After tea it was the entertainment. Songs and conjuring and a play called “Box and Cox,” very amusing, and a lot of throwing things about in it—bacon and chops and things—and minstrels. We clapped till our hands were sore.’

And so with their consciences mostly salved, the Bastables return home, proof that even in the worst of years you can have a Christmas to remember.

The Conscience Pudding by E. Nesbit and Erik Blegvad was originally published in New Treasure Seekers (1904)

3 thoughts on “The Conscience Pudding by E. Nesbit lllustrated by Erik Blegvad” 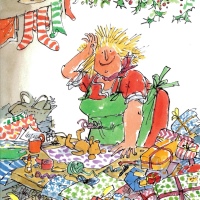 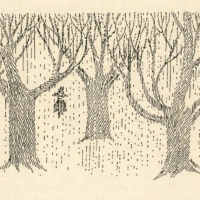