Edward Gorey has previous when it comes to the anti-Christmas tale. He re-imagined A Christmas Carol as The Haunted Tea-Cosy: A Dispirited and Distasteful Diversion for Christmas, and who can forget his dark masterpiece The Gashleycrumb Tinies, which chronicled the fates of 26 unfortunate alphabetical young people (‘D is for Desmond thrown out of a sleigh’).

In The Twelve Terrors of Christmas he questions the true meaning of Christmas and casts suspicion on its protagonists, starting with the ‘funny rummy smell’ of the shopping centre Santa. 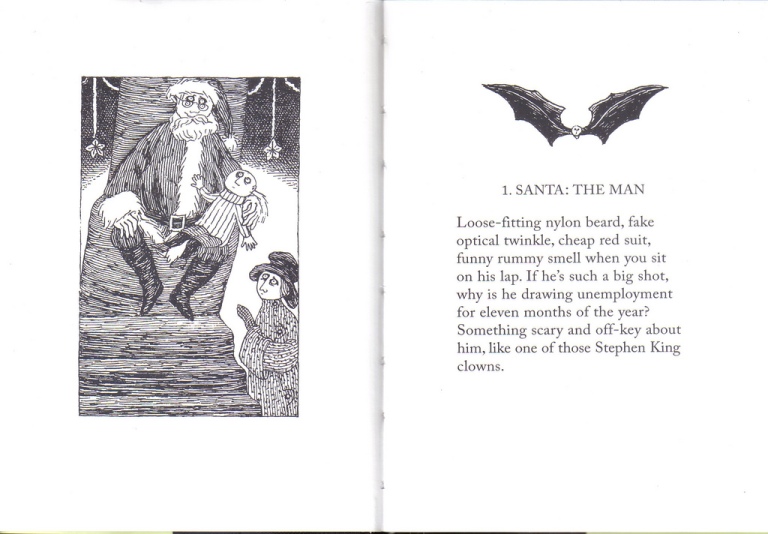 But it’s not Father Christmas you need to look out for, ‘what is really going on’ with his so called ‘helpers’? ‘Underclass masochism one day, bloody rebellion the next.’ That’s what. 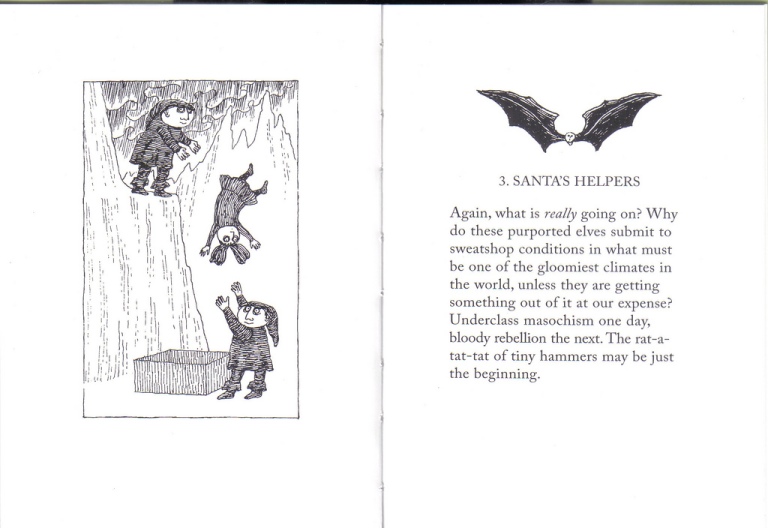 The text is provided by John Updike, a man not exactly known for his brevity. So it’s not surprising that his text doesn’t quite match up to the genius of Gorey’s own sparse writing style. But what he does do is plant a seed in the mind of the master, one which sprouts, then withers and dies before our eyes, like a supermarket Christmas tree trapped in a cavity insulated bungalow.

It’s probably not really a children’s book at all. Shops would probably stack it amongst the Christmas novelty books, titles bound for the toilets of the world. One pressing issue Gorey and Updike don’t address is what to do with the book after you’ve had your final Christmas poo? 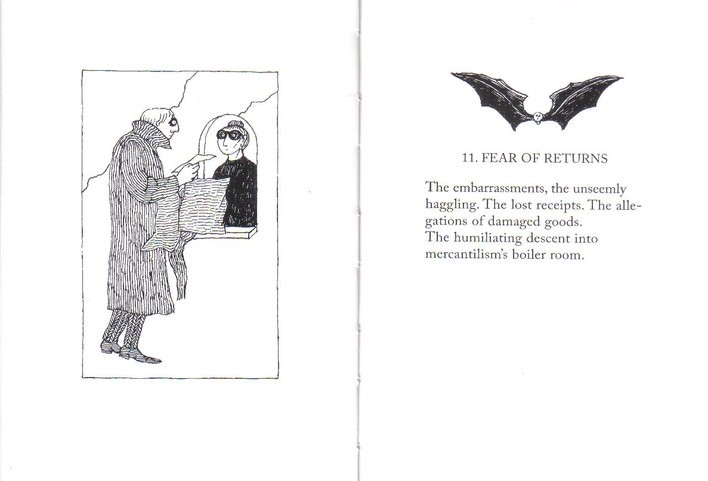 Don’t under any circumstances attempt to return it to the shop, else you’ll face the ‘Fear of Returns’ and ‘the embarrassments, the unseemly haggling. The lost receipts. The allegations of damaged goods. The humiliating descent into mercantilism’s boiler room.’

One thought on “The Twelve Terrors of Christmas by Edward Gorey”