A-Z of Places / Advent Calendar
G is for Gloucester. 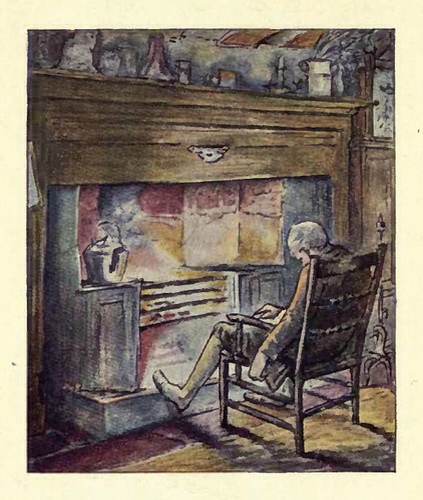 Beatrix Potter’s tale of a poor tailor who is saved from penury by a bunch of nimble fingered pests gave me a real Christmas flashback. I hadn’t heard the story since it was read to me at Primary School, but re-reading it today I was struck by just how mythic the book now seems.

It is cut (pardon the pun) from the same cloth as the works of Hans Anderson, Aesop and Kipling, authors who have excelled in anthropomorphic folk tales that have echoed through the ages. 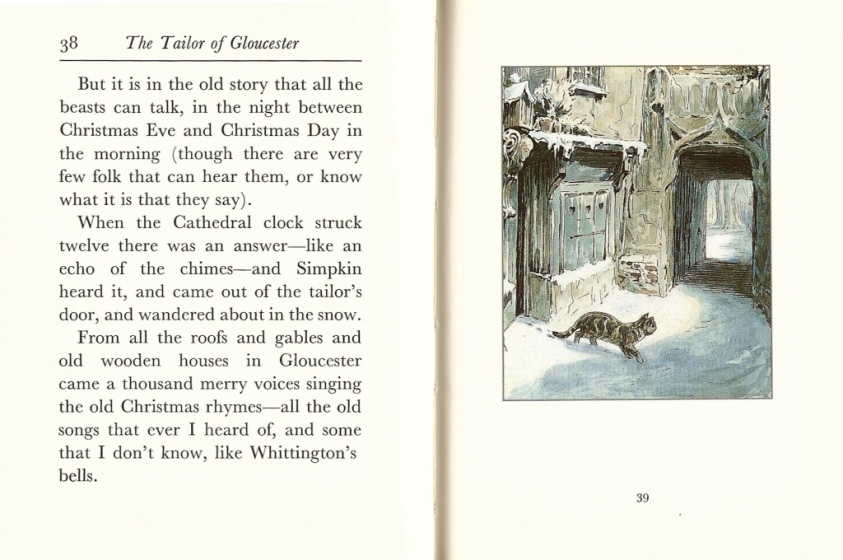 Beatrix Potter was inspired by a real Gloucester tailor who claimed to have been aided by fairies while he was out of his shop. She came up with the brilliant idea of setting the story a century earlier, which, added to the wintry setting gave the tale an instant timeless quality. 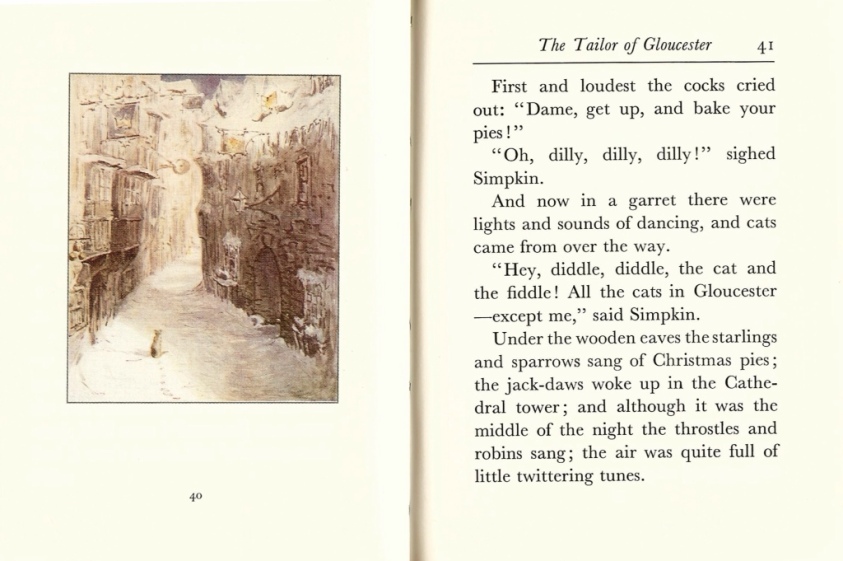 Potter’s great talent is creating animals with big personalities. In fact she wittily justifies her use of talking beasts here, ‘it is in the old story that all the beasts can talk, in the night between Christmas Eve and Christmas Day in the morning (though there are very few folk who can hear them, or know what it is they are saying’.

The cat Simpkin in particular is a joy. On returning to his master’s shop with the required ‘twist’ needed to complete the important garment he’s outraged to find that the tailor has set the mice he had trapped under tea-cups free. The malicious animal hides the twist and spends the rest of the story noisily sulking. 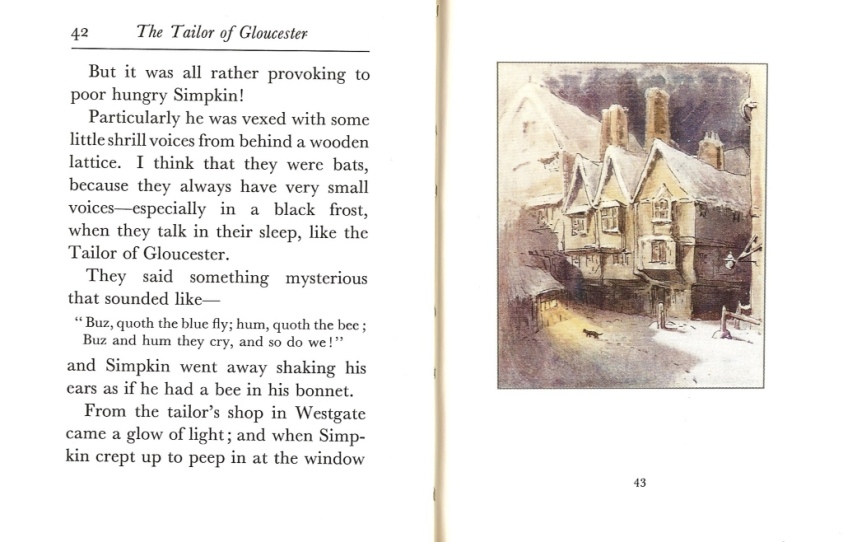 I wonder if Oliver Postgate and Peter Firmin were influenced by the story when they created Bagpuss. In the absence of a Christmas episode of Bagpuss (something I suspect might have been a little too overwhelming), The Tailor of Gloucester will do nicely for now, and all time.

One thought on “The Tailor of Gloucester by Beatrix Potter” 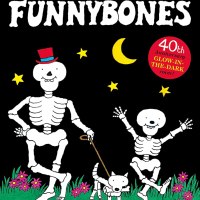