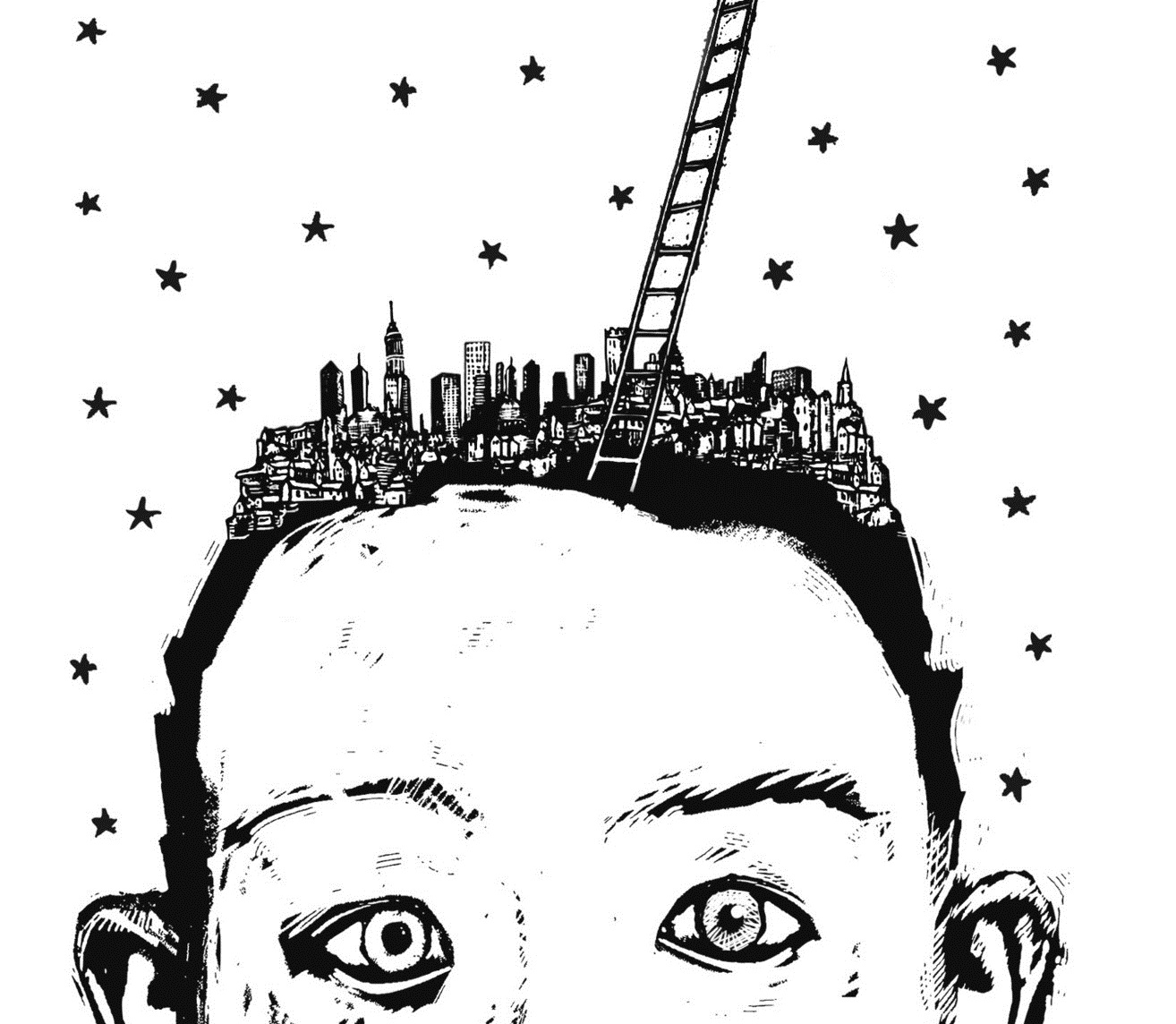 Another year, another amazing book for teenagers wins the Costa Book Award. Last year we had Patrick Ness’s A Monster Calls, a story that screamed INSTANT CLASSIC at you in CAPITAL LETTERS. Well here we are again, with Sally Gardner’s Maggot Moon, a book which is possibly even more perfect. 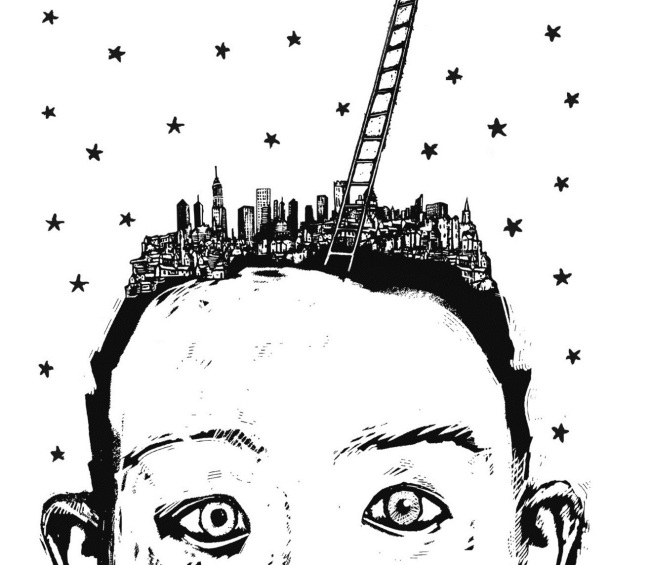 Although they’re very different books the two share a willingness to tackle big themes and subvert their chosen genre. Ness used a classic scenario from horror fiction to illustrate the very real terror of losing a parent. Gardner is working in the Voguey dystopian thriller mode, that will be familiar to anyone who’s been hooked by The Hunger Games. In fact I was half way through Mockingjay when Maggot Moon turned up at the library and distracted me.

Maggot Moon is a book with a highly political message. In an obvious sense it is a terrifying depiction of life in a Totalitarian state. But there’s also a very pointed message for Education secretary Michael Gove and his obsession with target led ‘achievement’. This desire to create a generation of well trained worker ants, unversed in the arts will only serve to further alienate the dreamers, those people like Maggot Moon’s hero Standish Treadwell who see the world in a different way. As the book’s dedication reads:

‘For you the dreamers

You who will own tomorrow’

Standish isn’t just a dreamer though, he’s dyslexic. I had been a bit reticent about this before I started – having seen it trailed all over the media as a ‘dyslexic’ book, made Maggot Moon sound a little worthy, a little ‘issue of the day’. But Gardner, a dyslexic herself avoids this. Speakin on Radio 4’s Front Row programme the other week she explained that she didn’t consciously realise she was writing about a boy with dyslexia, he simply came out.

The use of the first person – another Young Adult fiction trope – is deployed here with devastating effect. Standish Treadwell is a character every bit as believable as Holden Caufield or Christopher John Francis Boone from The Curious Incident of the Dog in the Night Time. Dyslexic or not it’s a joy to spend time in the company of a character as natural, yet completely other as Standish Treadwell. As his best friend Hector puts it.

“There are train track thinkers, then there’s you, Standish, a breeze in the park of imagination.”

I said that again to myself. “Then there is Standish with an imagination that breezes through the park, doesn’t even see the benches, just notices there is no dog shit where dog shit should be.” 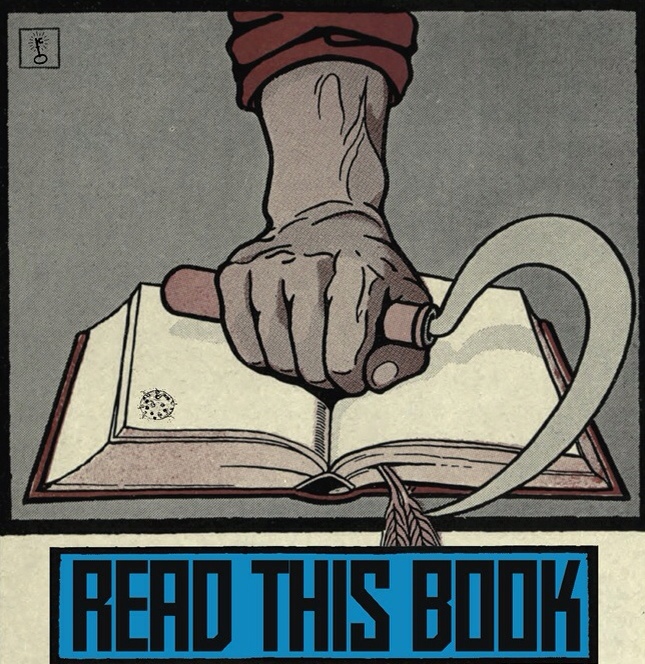 Maggot Moon isn’t just a character study, it’s also a cracking thriller using a ‘what if’ scenario of a Britain gone awry in the mid-50s. Although many of the elements of this world come from Nazi Germany and Stalin’s Russia, it’s Sally Gardner’s great achievement that, like Orwell’s 1984, this feels like a believably British totalitarian state. I never wondered whether we were in a world where the Nazis have won the war and invaded, or if something terrible had gone wrong earlier and we’d been taken over by the Blackshirts. Maggot Moon’s Zone Seven exists as its own world, a wholly believable entity.

If you do need to know the backstory, there’s a brilliant enhanced e-book version that offers a possible explanation. The text links to real telegraphs from Winston Churchill describing his very near demise in 1931, when he was hit by a car in New York, posing the question, what would have happened had Churchill not become Prime Minister during WW2? 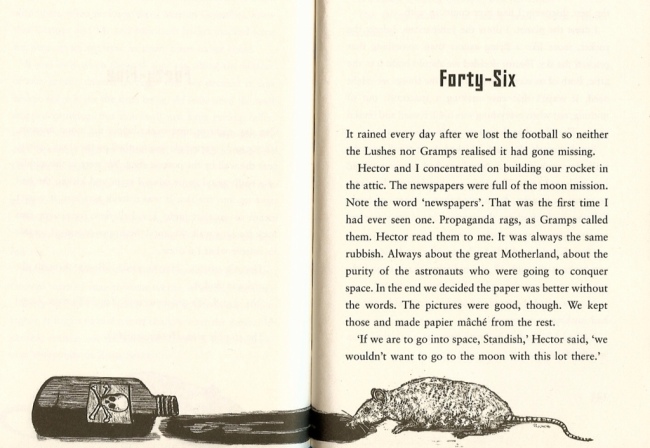 If you prefer reading on good old fashioned wood pulp there’s already plenty of enhancements thanks to the artwork of Julian Crouch. He uses the very short chapters as an opportunity to create a parallel story of his own, turning the pages into an animated flick book in which a rat discovers a bottle of poison with disastrous consequences.