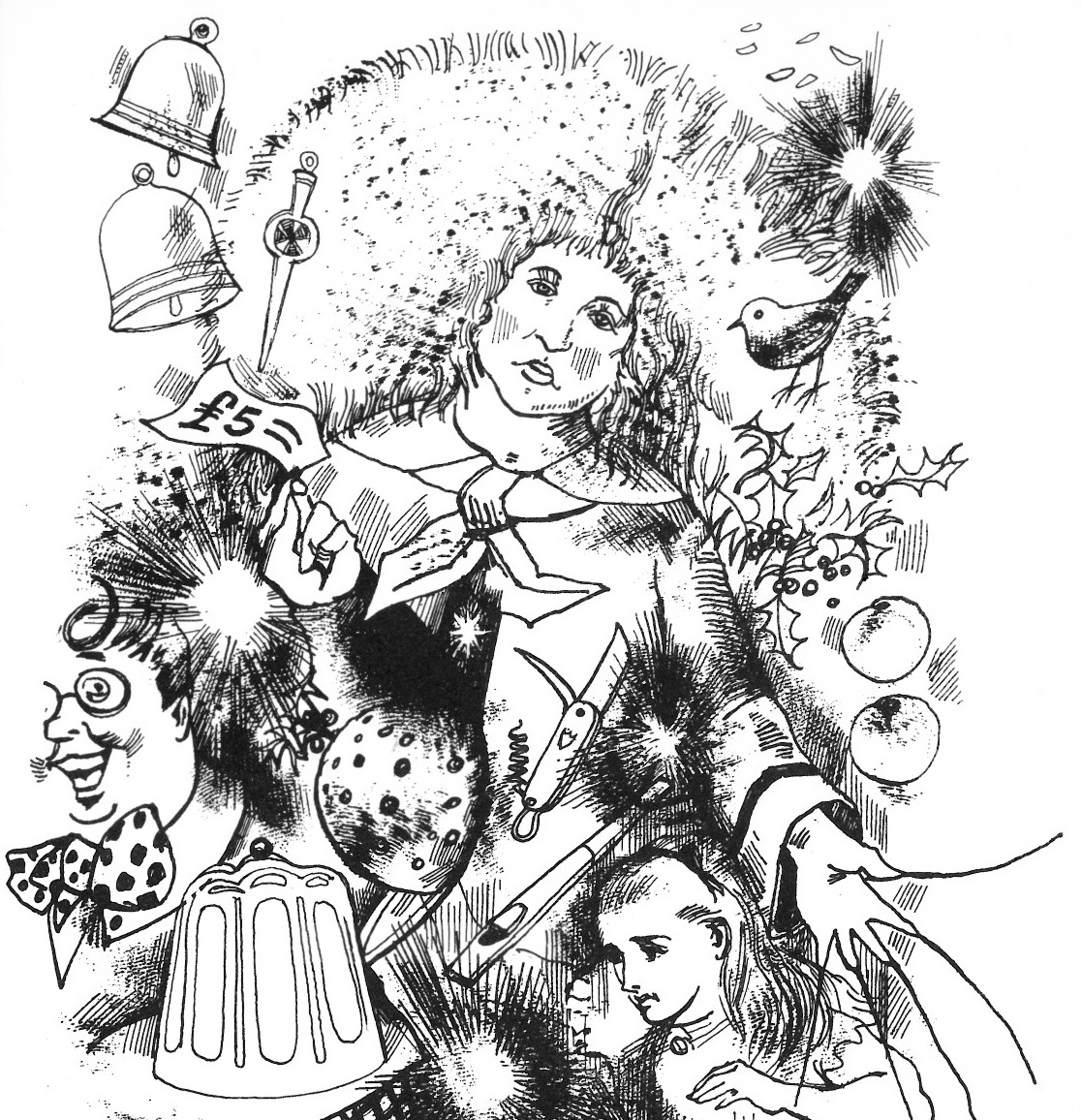 We all love receiving a good book at Christmas, particularly one with a heart warming message full of goodwill and the spirit of the season. Pity then the children of the 19th century, who instead of cosying up on the sofa with mummy, daddy and the Snowman were sent packing to their draughty nursery with a volume of horrifying cautionary tales entitled Der Struwwelpeter.

The book was privately produced by Dr. Heinrich Hoffman, a German psychiatrist, in the mid 19th century as a Christmas present for his children. He was dismayed at the lack of improving children’s literature available at the time, so decided to plug the gap in the market. Although his own interpretation of ‘improving’ verges on the sadistic, with children burned, bitten and most famously having thumbs severed.

In ‘The Story of the inky boys’ old Saint Nick makes an appearance (although the English language version has him as the scholar Agrippa). This was written before the man in red was re-cast as cuddly Santa, and was most famous for saving children from being butchered for meat and sold off as prostitutes. Here we see him defending a ‘black-a-moor’ persecuted by local boys for being ‘black as ink’.

Saint Nick’s sense of injustice is inflamed, he ‘seizes Arthur, seizes Ned, takes William by his little head. And they may scream and kick and call, into the ink he dips them all. Into the inkstand, one, two, three, till they are black as black can be.’

Sant’s stern appearance here also put me in mind of a strange decoration I’ve hung on my tree since I was a child. Among the jolly cardboard cut outs of bountiful Santas is an image of him bundling a screaming child into a sack.

I had assumed this was a punishment for being on the naughty list, but actually this might not be Santa at all, but an altogether more disturbing mythological German figure called der Kinderfresser, a type of ogre fond of snatching and consuming disobedient children.

These cautionary tales continued to appear in unsuspecting stockings well into the 20th century. Eric Carle remembers it as one of the few books he had access to as a child and Dylan Thomas, who wrote about his own childhood Christmas in Quite Early One Morning, puts Struwwelpeter at the top of his Christmas reading list. ‘Mother Goose and Struwwelpeter – Oh! The baby burning flames and the clacking scissorman! Billy Bunter and Black Beauty, Little Women and boys who have three helpings, Alice and Mrs Potter’s badgers.’

Raymond Briggs illustrated Quite Early One Morning in the anthology The Christmas Book, and I’ll leave you with a final peak into the deep recesses of Christmas darkness. ‘Bring out the tall tales now that we told by the fire as we roasted chestnuts and the gaslight bubbled low. Ghosts with their heads under their arms trailed their chains and said ‘whooo’ like owls in the long nights when I dared not look over my shoulder; wild beasts lurked in the cubby hole under the stairs where the gas meter ticked.’