With his new sci-fi epic Philip Reeve has performed a similar leap of the imagination to the one he made with his Mortal Engines series.  In Railhead the earth is a distant memory, its former inhabitants now spread across the far reaches of the solar system. The ingenious twist here is that instead of moving between planets in spaceships people can now travel in rather splendid style – using trains to blast through ‘K-Gates’, man made portals which lead through worm holes.

I read the book on a recent trip to the US, beginning it on the transatlantic flight, then on Boston’s bruising Amtrak, followed by a sleek air conditioned commuter train ride into New York and on that city’s underground battle buses. The journey melded with the story to give a very vivid feel for Railhead’s most memorable characters, the trains.

Like real trains each has its own distinct look and character – literally as they are sentient beings. There’s the Thought Fox, which like its owner, the ruthless Raven, is suave but severely unpredictable. Wildfire and Time of Gifts, the twin trains of the empire’s ruling Elite, are all genteel elegance and at the heart of a love story that ends in quite spectacular style. Then comes the Damask Rose, a decommissioned old loco wich is the Amtrak of the K-Gates, battered and gruff but ultimately more dependable than most of the story’s human characters.

It’s always a pleasure to get lost inside one of Reeve’s deeply imagined worlds. Here he helpfully provides a glossary, explaining and expanding on some of his ideas, like the Motorik, robotic servants with hidden depths, the abandoned Dog Star Line through which hero Zen Starling eludes the authorities and the genuinely gut churning Hive Monks, swarms of bug like creatures capable of joining together to take on any form. 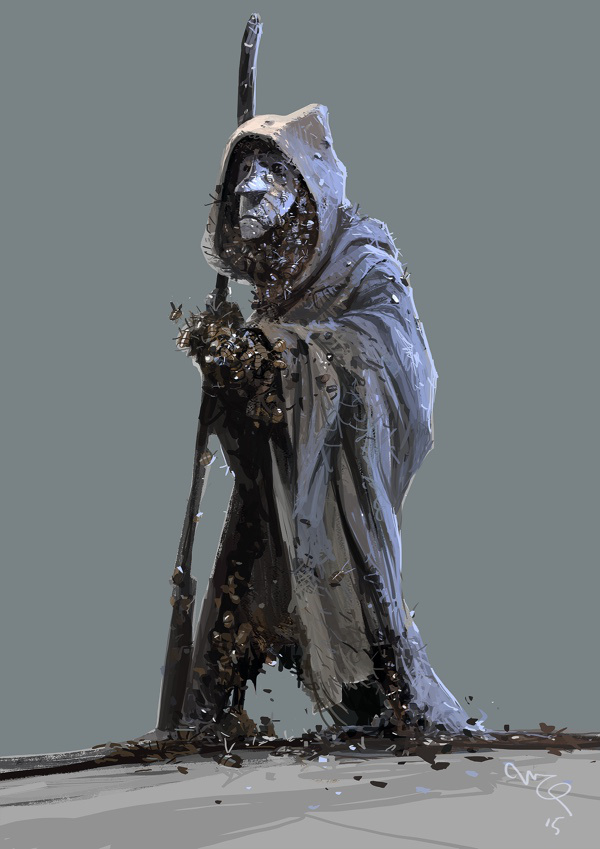 Some of these ideas appear to have their roots in popular music – specifically electronic music. You can hear Vangelis’s ‘Blade Runner’ soundtrack pumping through the opening chase scene as shoplifter Zen flees through a crowded market. Kraftwerk’s metronomic ‘Motorik’ beat is the pulse of the novel, a rhythm they intended to replicate the mechanical patterns of modern travel that drive our industrialised world.

As I read to the beat of trains, planes and even a seriously rocking laundromat, a new soundtrack began to suggest itself, one that was largely electronic, often spaced out and full of future shocks. If the proposed Warner Brothers film adaptation gets made, here’s the soundtrack: Bowie’s Krautrock influenced Station to Station rides out over the opening titles.The baroque techno of Orbital’s The Box (pt.2) ramps up the tension as Zen encounters a mysterious vessel that will change the destiny of the universe. And in the scene where androgynous graffiti artist Flex paints the Damask Rose it could only be Afrika Bambaataa’s ‘Planet Rock’.

Will Kirkby’s design for Damask Rose

But for now, by way of a sneak preview, check out the mesmerising Motorik video for the Chemical Brothers ‘Star Guitar’ directed by Michel Gondry.

I recommend listening whilst travelling, by rail of course, letting Philip Reeve’s wonderful story pull you into your own personal K-Gate and off into another dimension. 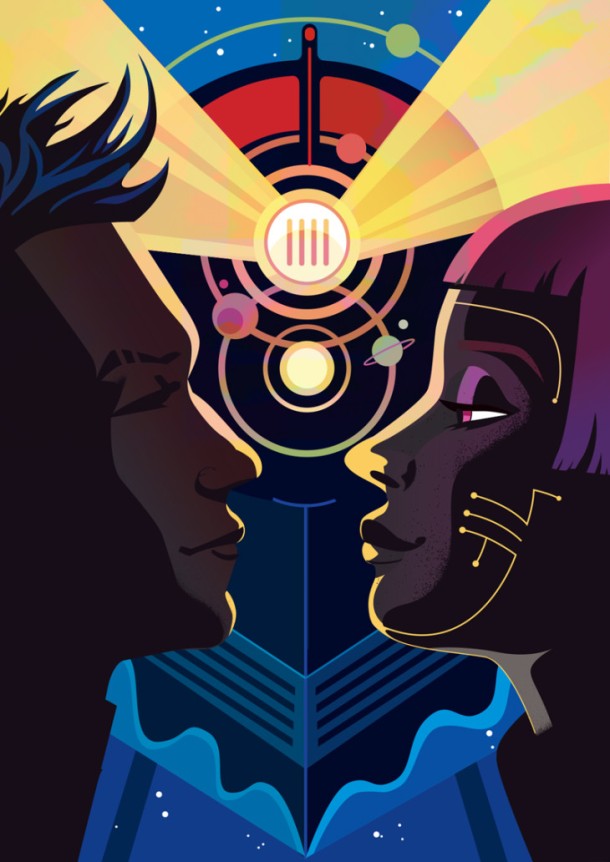 2 thoughts on “Railhead by Philip Reeve”