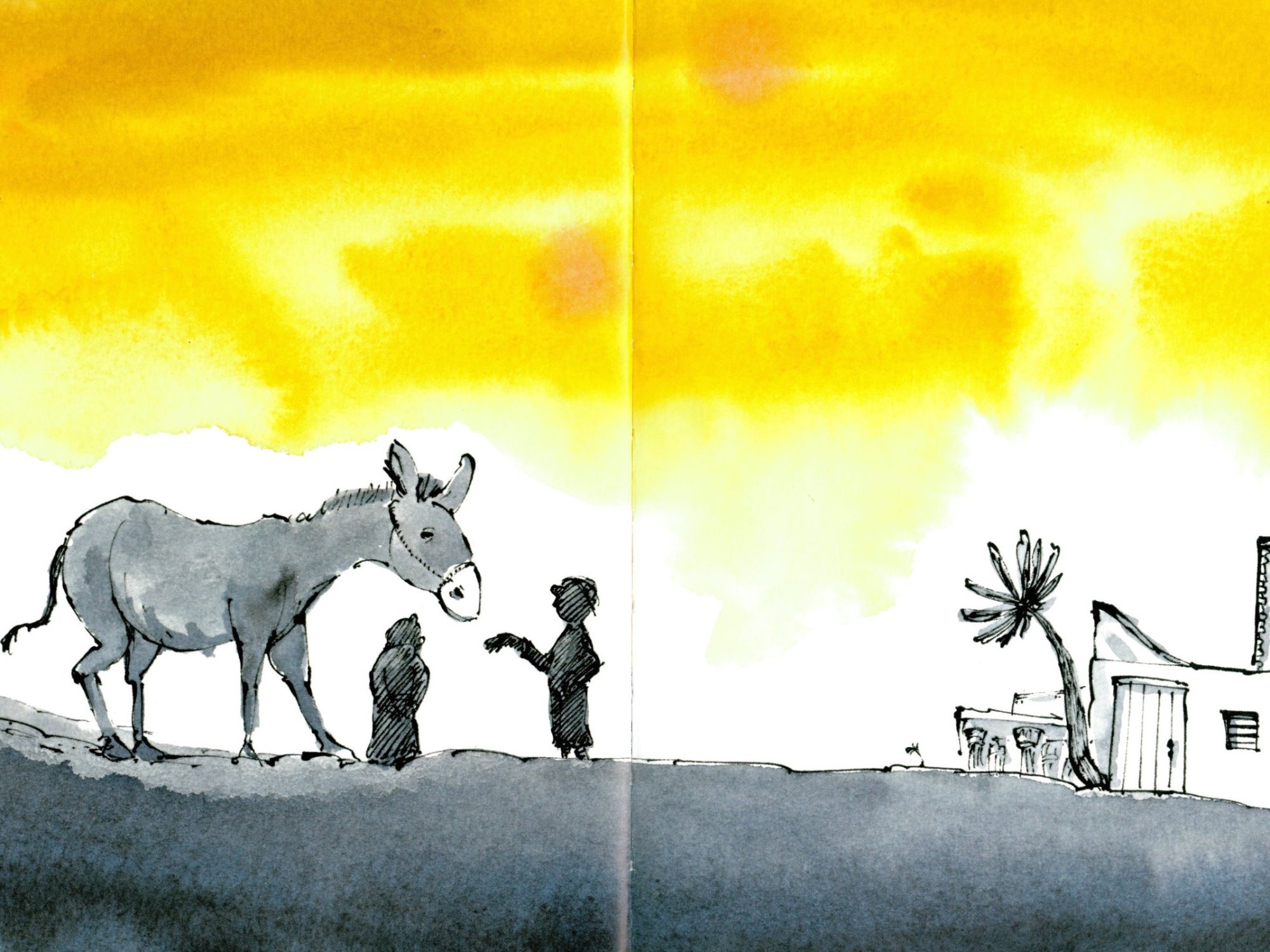 As we’re about to find out it’s been a great year for new Christmas books, but as Chris Riddell says on the cover, Refuge is the most important.

It begins with the familiar nativity tale, but told from the donkey’s point of view. The text makes no mention of Jesus, Mary or Joseph. Instead we have a baby, a woman and a man. Homeless, and dependent on the charity of others. 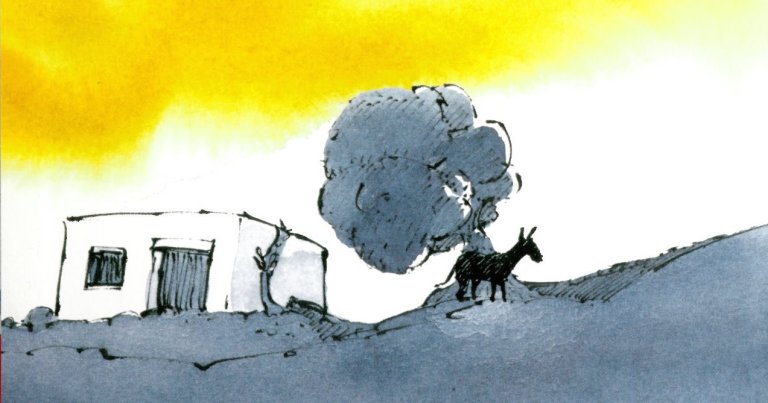 We hurry through the various shepherds and kings who come to visit, the last of whom leaves a ‘smell of frankincense lingering in the air’. Perhaps overcome by piney, lemony aroma the man has a troubling dream, ‘a dream of danger’. 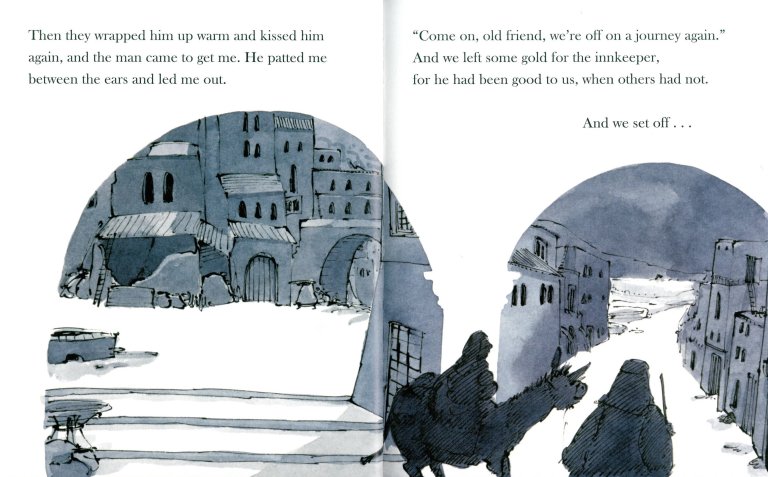 The story then shifts into entirely new territory – the flight of man, woman, child and donkey from Bethlehem.

Where has this part of the story been all my life? The bible, probably. It’s a completely fresh take on the Christmas story,  the effect of seeing the family on the run is rather thrilling.

Sam Usher, author of last year’s Snow, creates epic vistas out of watercolour washes against which his simply rendered figures are made to look incredibly vulnerable. 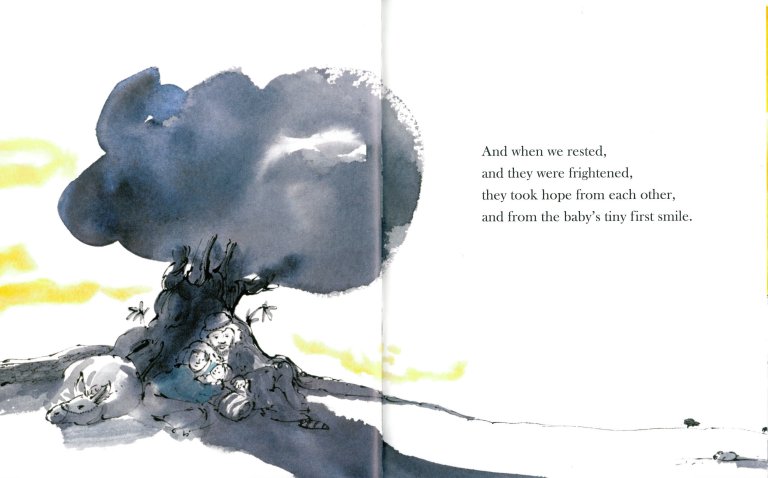 The author Anne Booth has written several equally big hearted children’s stories including The Girl With a White Dog. Where that book used the story of the holocaust to help challenge prejudice in the present day, here she uses perhaps the most famous story of them all to shine a light on the plight of today’s refugees.

Refuge is published by Nosy Crow books, with all proceeds going to War Child, a charity that helps care for Syrian refugee children and their families in camps and host communities in Jordan and Northern Iraq and other children displaced, orphaned and suffering as a result of war.

2 thoughts on “Refuge by Anne Booth and Sam Usher”