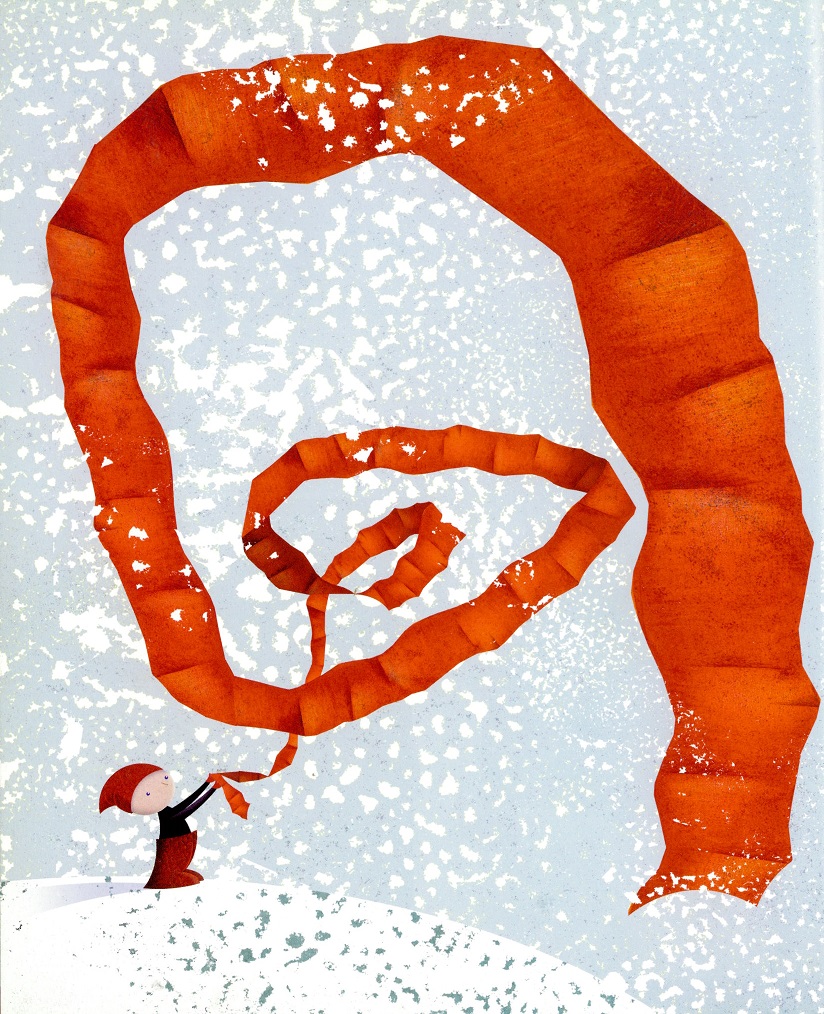 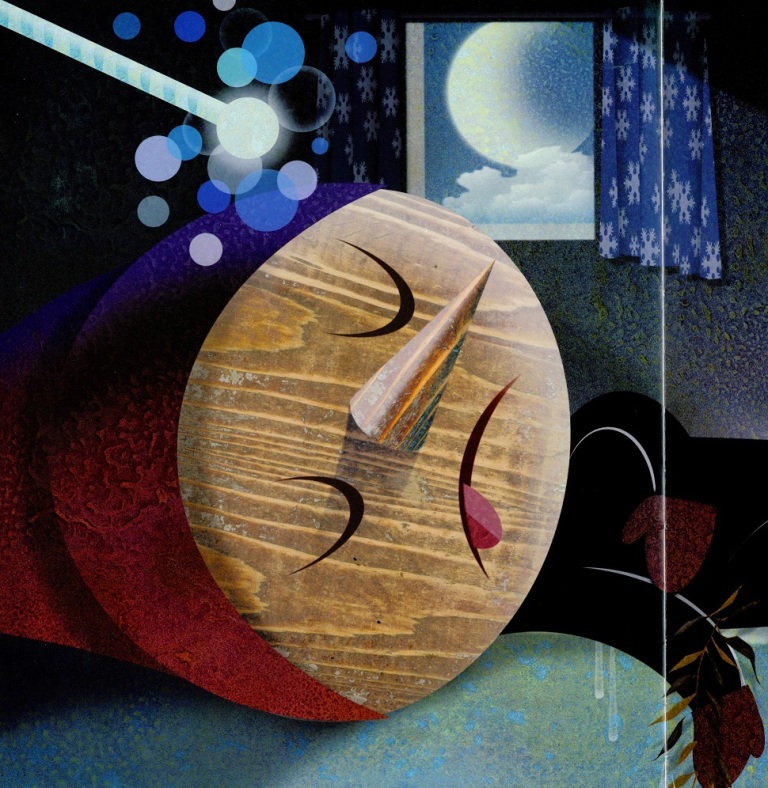 You will remember the end of Carlo Collodi’s Adventures of Pinocchio, after the antics with the nose, the circus and the whale, the Blue Fairy grants the wooden child his wish and turns him into a boy. But as we discover in Lane Smith’s sort of sequel, it wasn’t quite happily ever after. 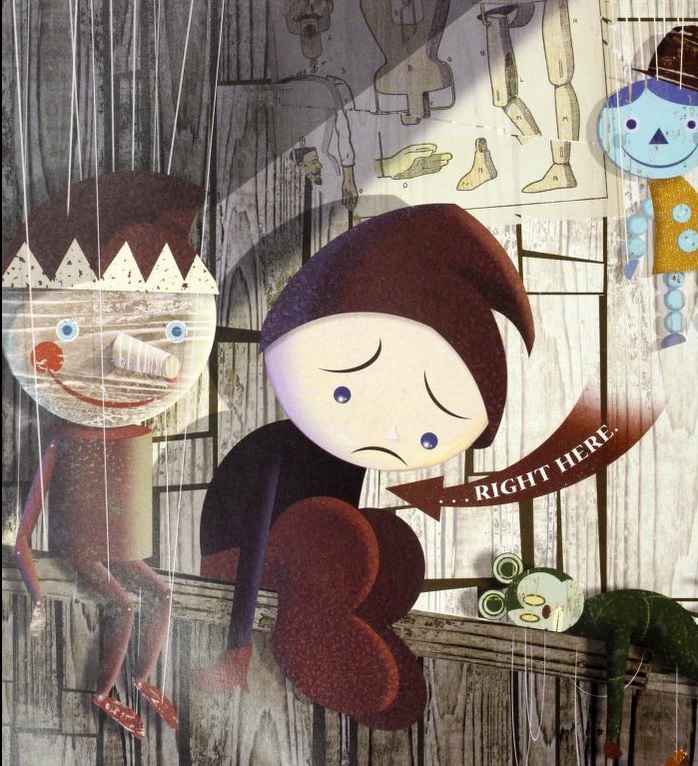 The fairy casts her spell on Pinocchio as he sleeps, and on waking he is so distracted by poor Geppetto’s poorly state (from his time inside the whale), that he doesn’t notice his new wood free appearance.

So the boy takes to the frozen streets of Collodi in search of a reviving bowl of chicken soup for his beloved father. But being penniless he has to resort to increasingly desperate measures to earn money.

Revisiting friends and places from the original story, Pinocchio discovers that life isn’t necessarily any easier when you are made of flesh and bone and you have a nose that doesn’t have a life of its own. 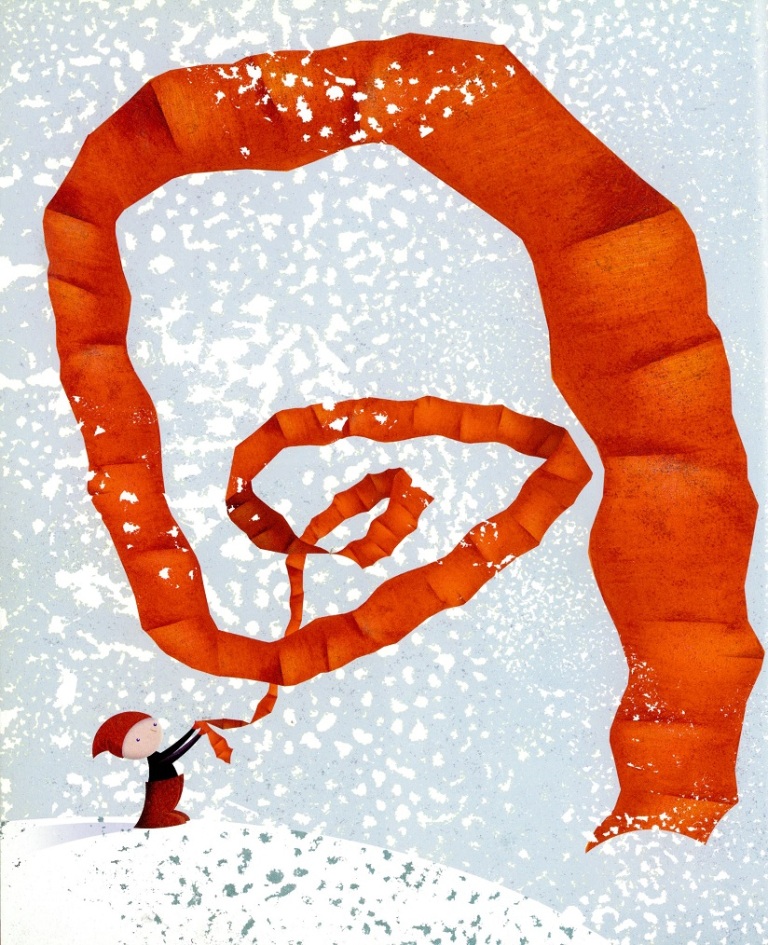 Although he longs to be like other people, what made him different as a puppet also made him special. 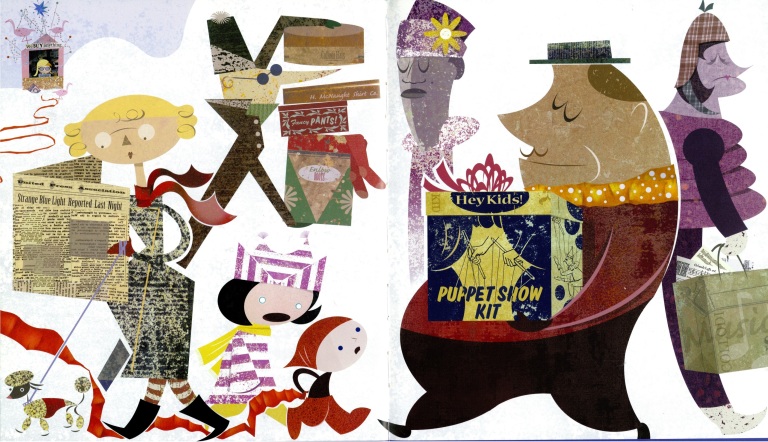 His increasingly desperate money making antics bring him to the attention of a loud, dark haired girl, who takes amused pity on the boy. It’s a pairing that recalls Charlie Brown and Lucy, the hapless dreamer and the girl who just can’t help tormenting him.

This is a book built on references. In fact Lane Smith literally signposts them in a magnificent sparkling double page spread pointing the way to Blair City, Sasek Ave and Schultz Strip.

But what Pinocchio the Boy resembles more than anything else is another post-modern reworking of a Christmas classic, Olive the Other Reindeer. 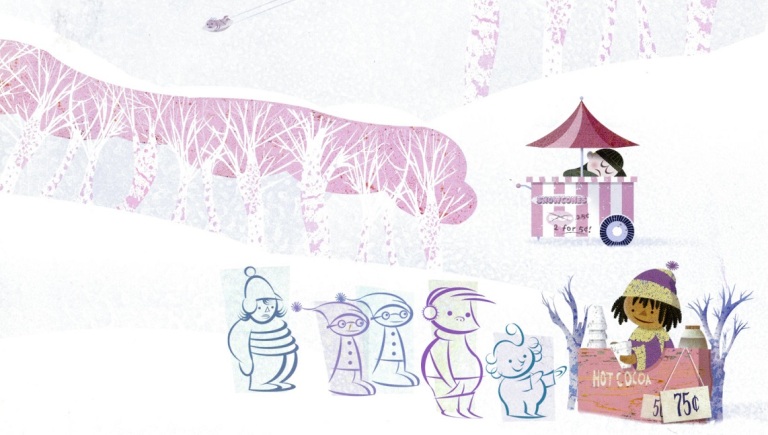 While the look is pure mid century American, the text zings with pithy one liners that are purpose made for a Pixar meets Chuck Jones Christmas special. It won’t be to everyone’s taste, but I love this all American take on the great Italian classic. 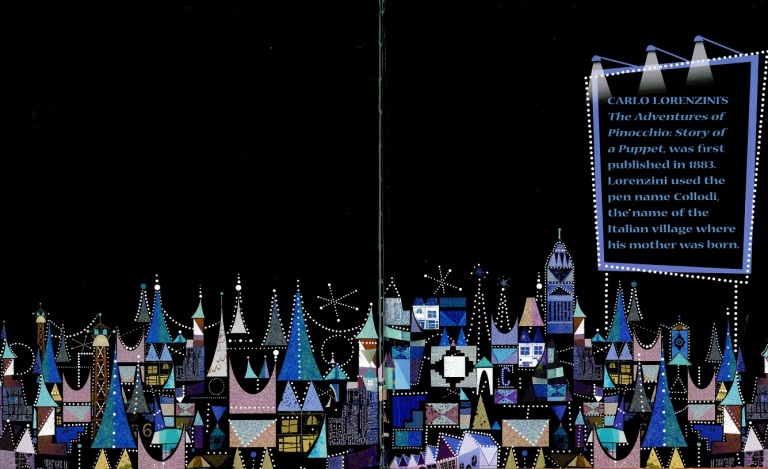 Pinocchio the Boy by Lane Smith is published by Puffin.