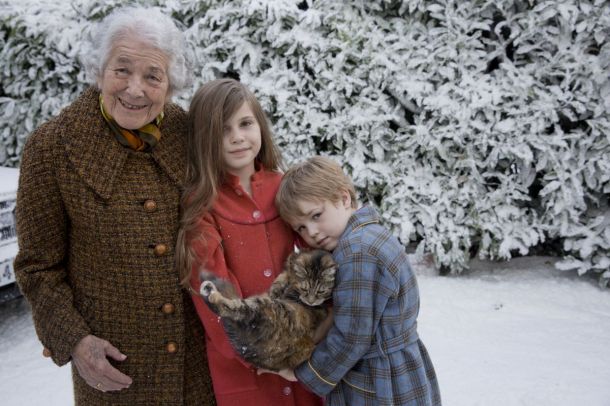 What a great early Christmas present the Sainsbury’s advert turned out to be. The return of the permanently befuddled tabby cat Mog came as a complete surprise, particularly as Judith Kerr had famously retired her most famous creation in the 2002 book Goodbye Mog.  ‘It wasn’t so much that I wanted to kill her off,’ she has said ‘as that I wanted to say something about dying and being remembered.‘

Well she has had cause to reconsider, explaining that the books were never written in chronological order, so this just another story in the life of Mog. Don’t worry children, she is still dead.

Whatever the status of her mortality, Mog is well and truly alive, causing more sublime chaos in the glorious new short film by the makers of the equally brilliant Paddington movie. The ad is in many ways a Mog’s greatest hits, with references to books including Mog in the Dark, with its surreal shock troop of toothed birds.

And even better, the shadow of the walking tree from Mog’s Christmas looms large over the proceedings.

Mog’s Christmas isn’t just my favourite Mog book it is also my second favourite Christmas book, after Father Christmas. The period setting (1970s middle England) with paper decorations, kipper ties and wind up mice was essentially my childhood. Though truth be told, my dad never wore kipper ties, and he loathes cats with an inexplicable fervour. So not actually that much like my childhood. But still, it feels like it. 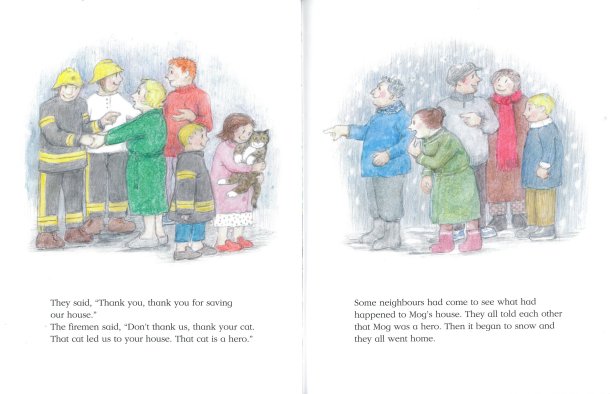 So how did the accompanying book, Mog’s Christmas Calamity match up to my unreasonably high expectations? Asides from anything else it’s a remarkable achievement for a woman of 92 to turn out an entire book in just three months – and then star in the accompanying advert.

Gone are the rich colours and clean lines of the 1972 model, replaced instead with the soft focus pastels that define Kerr’s later work. This softening is, in itself, rather moving. It feels like someone looking back with pleasure at the past, the edges slightly blunted.

The story really comes to life in the aftermath of the Christmas calamity, as friends and neighbours rally round to share bits of their Christmas with the Thomas family. In this way it’s a classic sequel to Mog’s Christmas, where the house was invaded by relatives. And upping the ante, here the entire street is in attendance.

Mog’s Christmas Calamity is available from Sainsbury’s with proceeds going to Save the Children’s UK child literacy charity.