During her short life, the illustrator Ingrid Vang Nyman hardly travelled beyond her native Denmark and Sweden, where she lived and helped create Pippi Longstocking and many other wonderful books. But a new exhibition celebrating her centenary shows that a fascination for distant lands and cultures ran deep throughout her work.

In the Christmas of 1947, at the peak of her career when she was living in Stockholm, she wrote a letter to her family in Denmark talking about a series of lithographs she had been working on depicting children from Africa, Europe, China, India and beyond entitled “Children in East and West”.

Ingrid had hoped to either publish the images in a children’s geography book or use them in magazine pieces describing the lives of the children shown in each piece. The post war years saw increasing fascination in distant cultures, with cinema and colour photography in magazines like National Geographic bringing these exotic lands to life in the imaginations of westerners.

In the book accompanying the exhibition, Danish anthropologist Inger Sjörslev writes that Ingrid’s attention to detail and her well rounded knowledge of these cultures was unusual at the time, and certainly not common in teaching material. 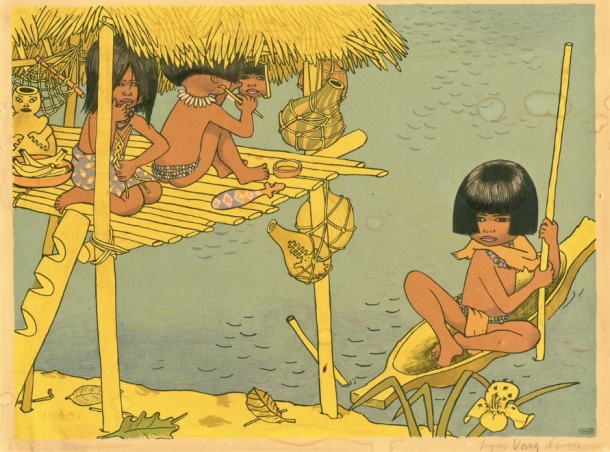 Despite her pedagogic intentions the lithographs are certainly never dull. They are just energetic as anything from her collaborations with Astrid Lindgren and show lively and typically determined looking children undertaking everyday activities.

Children in East and West was published in Sweden and Denmark in a set of eight prints in 1948, the year that also saw the release of Pippi in the South Seas. The final Pippi novel has drawn criticism for its outlandish depiction of an exotic cannibal tribe. But this is no ‘Tintin in the Congo’, and is saved from being consigned to the dustbin of colonialist children’s literature by Ingrid Vang Nyman’s well researched and non-racist character studies.

Ingrid Vang Nyman was born into a Danish family of well off, Bohemian intellectuals and was part of the Bohemian intellectual environment in Stockholm, which encouraged her to learn and study on her own, frequenting libraries, museums, zoos. Her uncle Peter Freuchen was an important member of the celebrated Thule expeditions to Greenland, and later in life Ingrid would illustrate a book by his half Inuit daughter Pipaluk Freuchen. Peter wasn’t simply an explorer of land, he sought to understand the Inuit people – and it’s likely his exploits would have coloured Ingrid’s own outlook.

She also provided the art for a book by Pearl S. Buck, the American writer who won both the Nobel and the Pulitzer prize “for her rich and truly epic descriptions of peasant life in China”. 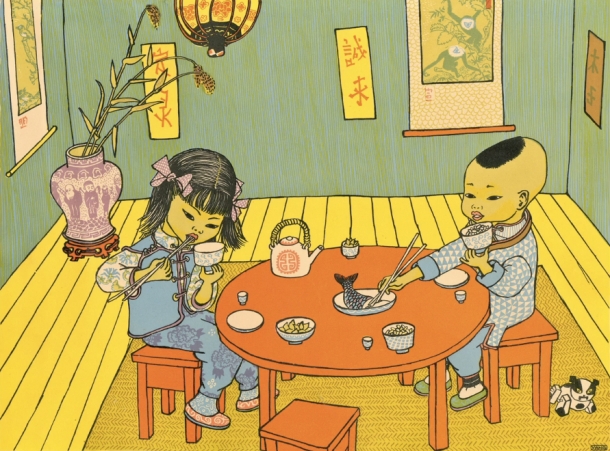 Ingrid was fascinated by Asian children’s faces and is said to have even befriended the Japanese consul in Stockholm to get the chance to study his children up close. The influence I think can be seen not just in her lithographs, but throughout her work, where faces often have a distinctly Asian look and she uses unconventional colour palettes and ornamental backgrounds . 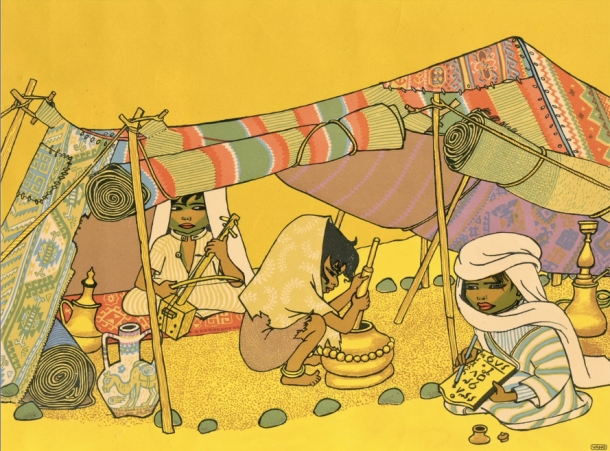 Also on display is a sketch which has recently been discovered showing two men from Papua New Guinea. It is a striking study of pictures found in copies of the National Geographic with texts on Bower birds – a late fascination of Ingrid Vang Nyman’s. She however appears to have become distracted by the striking faces of these men. Museum assistant Sasha Andersen says that these pictures, ‘Make it clear that she was an avid reader and that she sought out material with substance, but also a flair of the foreign.’ 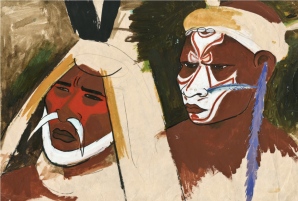 Research for this article was provided by Sasha Andersen from Vejen Kunstmuseum, where the Ingrid Vang Nyman exhibition has been extended to June 25th 2017. 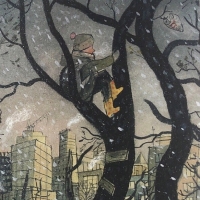 A gloriously sunny, colour version of Mrs Cockle's Cat by Philippa Pearce and Antony Maitland is on sale in my #etsyshop #TygertaleVintage Follow the link in my bio.
Not sure if I can bring myself to sell this beautiful and intriguing #puffinbooks mystery by Arthur Calder Marshall. Includes some very early work from Raymond Briggs. What a cover. #thefairtomiddling #raymondbriggs #tygertalevintage #puffin #childrensbooks #illustration #midcentury #vintagechildrensbooks #fairs #funfair #kayewebb #arthurcaldermarshall
#rainbows