A Santa book for our times, Christmas in July is the torrid tale of a year in which Saint Nick loses his pants to a rich, selfish New York businessman called Rump.

‘You’re a bum!’ Rump yelled, and he swifly kicked Santa out. Boy what a temper.

Desperate for trousers, Santa stood on a corner calling out to busy pedestrians: ‘Hi I’m Santa. Got any pants?’ Immediately he was arrested for loitering. 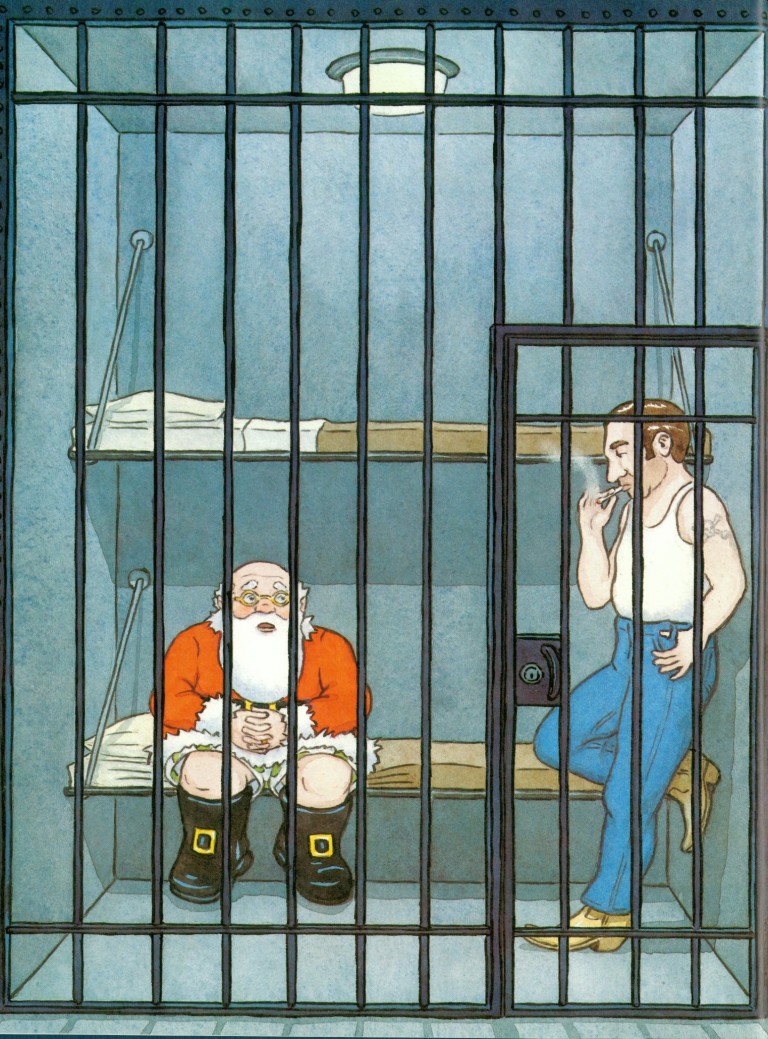 The result of Mr Rump’s actions is a full scale global emergency and financial crash, something which only the release of Santa from jail can put right. 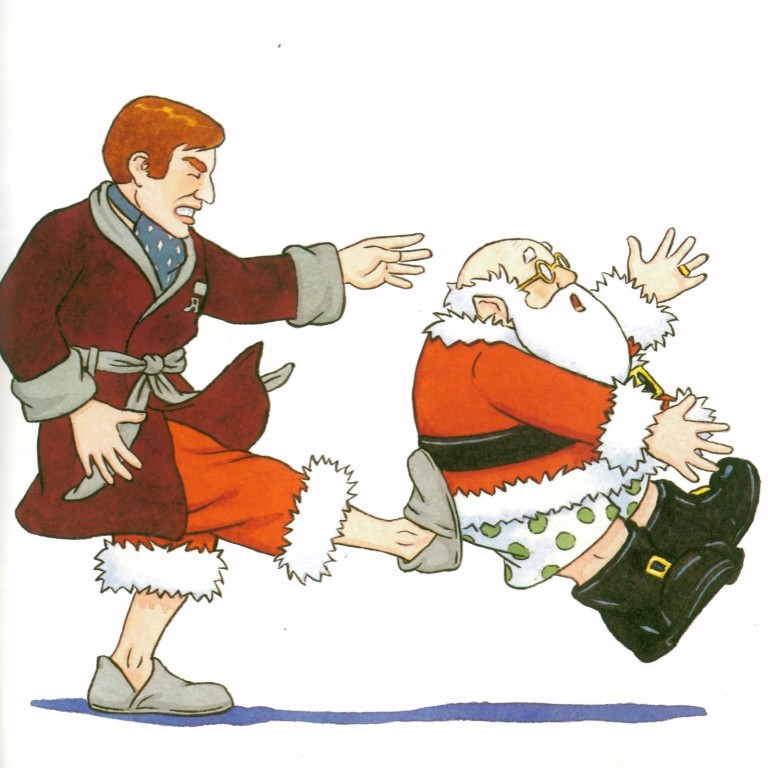 ‘Nobody went to school. Nobody went to work. Shops closed. Businesses went bankrupt. I’m telling you, by the time Santa got out of jail, the world was a mess.’

But unlike the real world, the rich New York businessman is humbled and realises the error of his ways, reuniting the destitute Santa with his pants. 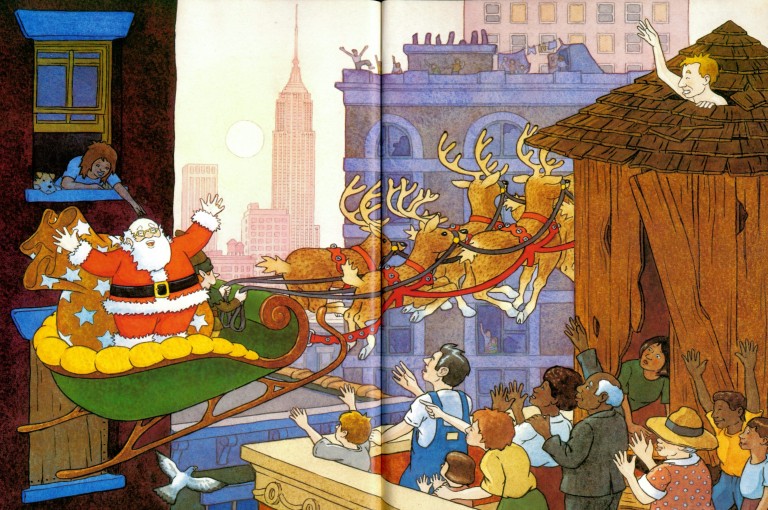 This very odd book was written by Arthur Yorinks, a friend and sometime collaborator of Maurice Sendak (on Mommy! and the Miami Giant). The cartoonish artwork too by Richard Egielski owes something to later period Sendak. 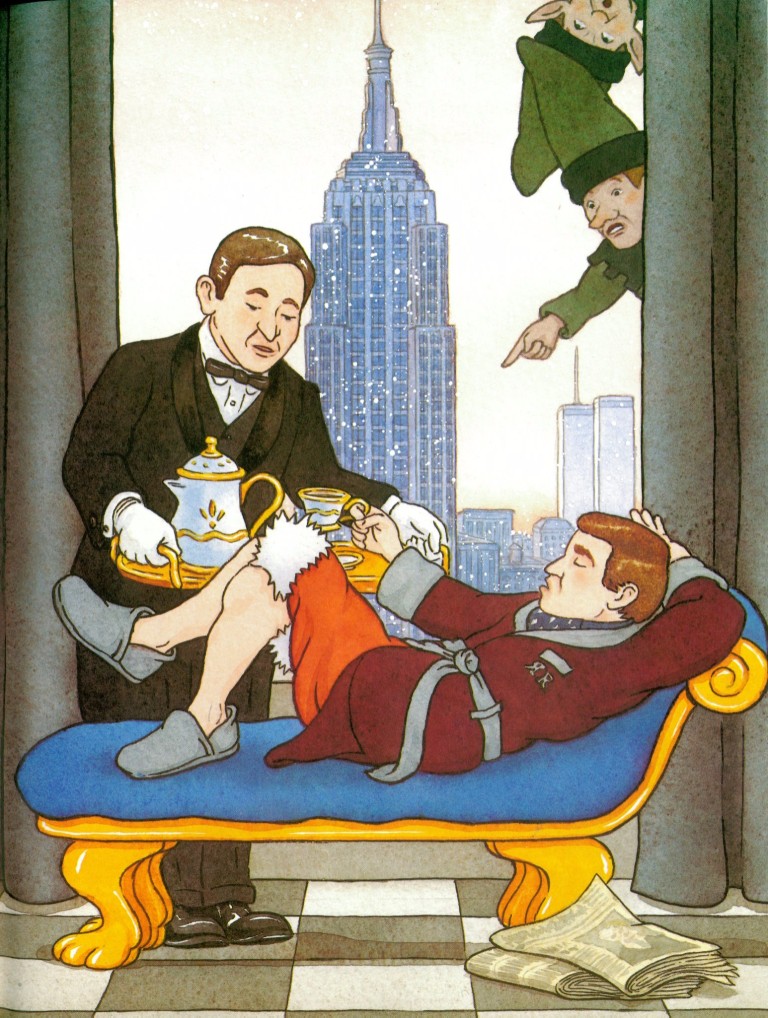 With its very New York attitude this is one to place alongside Roger Duvoisin’s One Thousand Christmas Beards and Home Alone 2 – although perhaps we’ve all had enough surprise appearances from Mr (T)rump for one year.