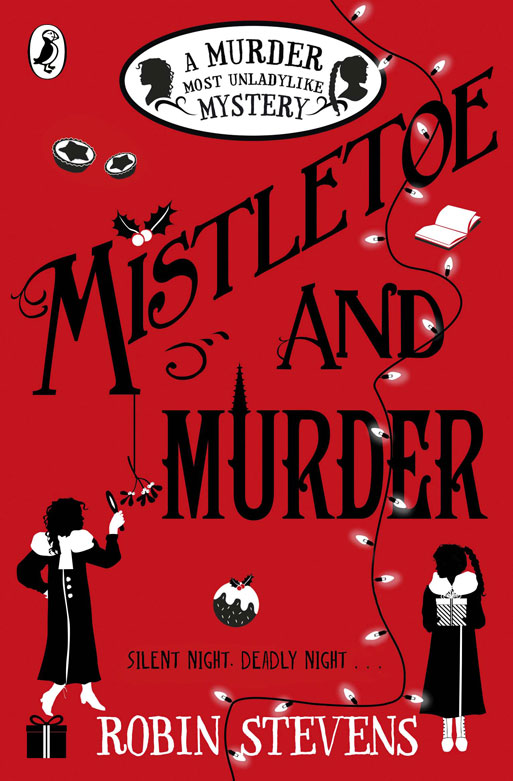 We all love an unexpected corpse at Christmas. No one more than Robin Stevens, author of the Murder Most Unladylike series, which has reached the fifth book in its deadly run – Mistletoe and Murder.

The Wells and Wong detective agency travel to Cambridge at Christmas where they are there to spend the holidays with Daisy’s brother. Inevitably they end up investigating the murder of a rooftopping student who can happily negotiate the icy roof of his Cambridge college, but suspiciously ends up breaking his neck on the stairs outside his bedroom on staircase nine.

A pair of twins born on Christmas day, dark deeds in wood lined corridors and the sound of church bells pealing over snowy quads all combine to make a perfect Christmas mystery. I wanted to know the books that Robin Stevens turns to as the nights grow longer and the bodies start to pile up in the snow.

The Adventure of the Blue Carbuncle by Arthur Conan Doyle

What a classic. This, to me, is what Christmas is all about: frost, roaring fires, missing jewels and people wandering the streets with dead geese over their shoulders. Like all of the Holmes stories, it’s clever and very funny – there’s a reason why there’s only one detective who Daisy aspires to be ….

If you’re looking for the book that most influenced my own Christmas mystery, Mistletoe and Murder, here it is. Arguing families, awful murder, a very clever puzzle and LOTS of Christmas cheer, this is peak Christie.

Death and the Dancing Footman by Ngaio Marsh 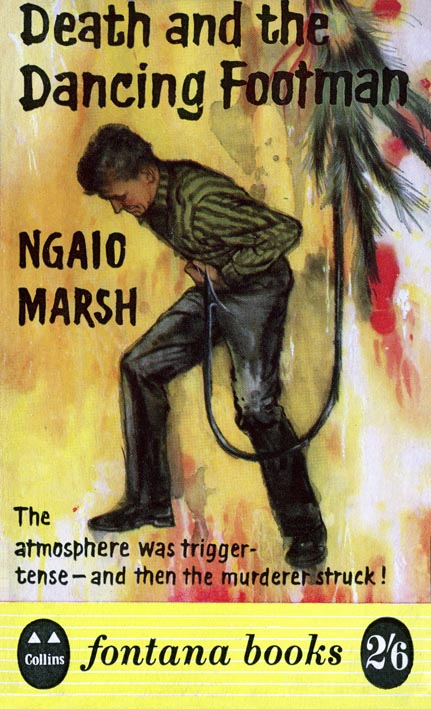 This is a classic ‘murder-in-a-snowbound-country-house’ mystery, charming, silly, weird and quite a bit creepy. It definitely influenced my book Arsenic for Tea in more ways than one – I love Roderick Alleyn and I love Ngaio Marsh!

The Nine Tailors by Dorothy Sayers

Christmas isn’t all jolly family murders, though. Sometimes the detective is trapped on the Fens with a disfigured corpse. The Nine Tailors is a wonderfully gloomy and weird mystery that’s more about Church and Sin than mince pies and turkey, with a solution so bizarre that … well. You’ll never look at campanologists the same way again.

Harry Potter and the Philosopher’s Stone by JK Rowling

This is less a Christmas mystery than a mystery story with a great Christmas section. The Potter series are mysteries (though you’re working out who Voldemort forced to do it, rather than who the actual culprit is) as well as gorgeous windows into a world that we all want to be part of. Christmas at Hogwarts is magical in every way possible. There’s feasting, there are wizard crackers and Harry is given the most amazing Christmas present possible. (And a 50p piece).

Honourable Mention: The Sittaford Mystery (AKA Murder at Hazelmoor) by Agatha Christie

Christie’s so great at Christmas, isn’t she? I could have made a list that only featured her, but I thought that would be cheating. This, though, is a lovely little country murder mystery which deserves recognition for having what I think may be the most hilarious solution in the Christie canon.

Mistletoe and Murder is published by Puffin books.