It’s ten years since a great wave of dystopian fiction for young adults broke with the publication of Suzanne Collins’ The Hunger Games. During that time we’ve become accustomed to grim visions of the near future, a trend that has cooled a little of late, possibly because we now find ourselves living through one.

So it was interesting to discover Marcus Sedgwick’s debut novel Floodland, a dystopia published sometime before this trend began – back in the year 2000, when we still believed that things could only get better and readers of children’s books had yet to be plunged into the darkness.

Floodland isn’t quite the finished article, it feels like a premonitory fragment from a distant age. An ecological warning certainly, but also a harbinger of a certain type of grimness in children’s fiction.

Sedgwick isn’t the first writer to imagine a miserable future beset by rising sea levels and populated by feral packs of lost children – there are strong echoes of William Golding’s Lord of the Flies and perhaps a little of Lucy M. Boston’s The Children of Green Knowe. But he was ahead of the pack – with YA novels including Flood Child by Emily Diamand and Alex Cambell’s Land following.

We see Britain underwater through the eyes of Zoe, a child abandoned by her parents on the island of Norwich. When the rescue boats stop coming from the mainland those that remain lose their sense of community and any sense of a world outside Norwich. Obviously that is hell and Zoe escapes on a small boat called Lyca. 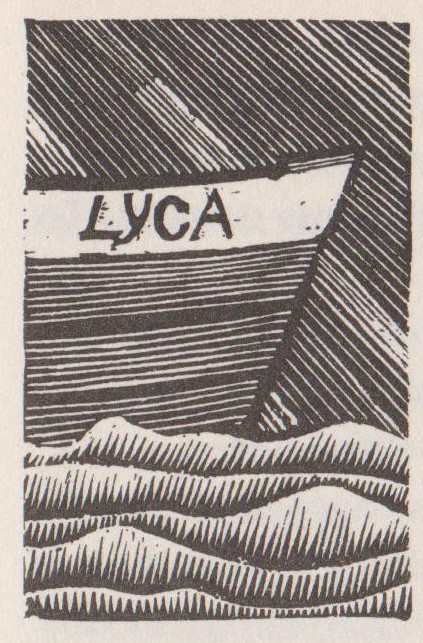 She washes up on the shore of an island dominated by the ruins of Ely cathedral (near Cambridge). Eels island, as it has been rechristened, is the stronghold of a gang that is under constant siege from the sea and others desperate to lay claim to their own piece of land.

‘Far away on the horizon was a massive, ancient, stone building. It had two tall towers that stuck into the sky, one at the end and another shorter one in the middle. She couldn’t see that there was any land underneath it, and it looked as if it were floating on the sea.’

Sedgwick’s real achievement is in the dread atmosphere he conjures up, enhanced by the use of his own dramatic woodcuts; heavy, grainy things that feel authentically wet and woody.

The novella finishes on a note of optimism that didn’t quite work for me. I wanted something a little more uncertain. Perhaps I’ve become too enamored by the sweet pain of so many unhappy endings in the genre that followed Floodland.

Floodland is published by Hacchette