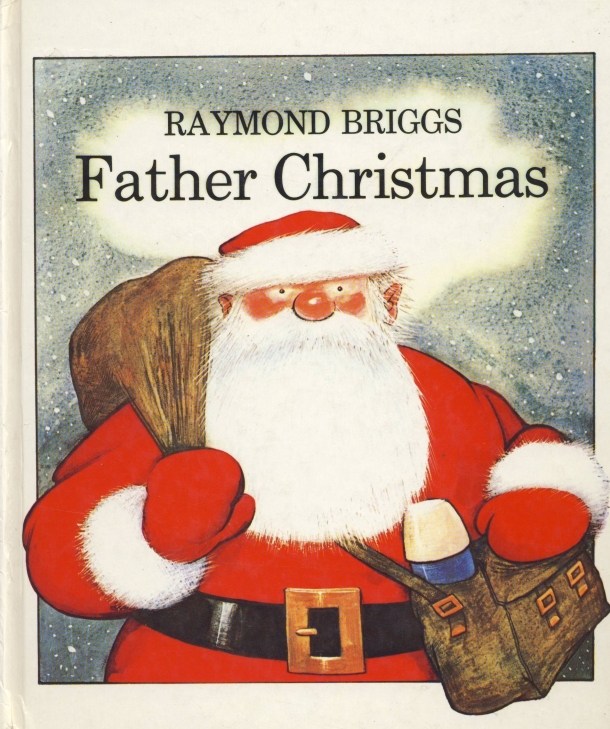 Father Christmas is my all time favourite Christmas book. In fact it may even by my favourite ever book. It’s the only story I’ve consistently read throughout my life, a Christmas Eve reading ritual that provides a direct link to my childhood. 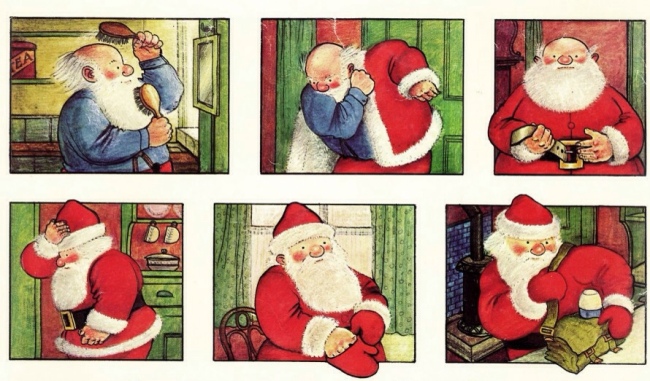 I can still remember the excitement of holding this book and obsessing over the details. It wasn’t bright and shiny but every frame had an allure. Giving Father Christmas the same thermos flask and satchel that I had, made the presents in his sleigh suddenly feel more real. These weren’t just drawings, they were the actual gifts I’d be receiving the following morning. 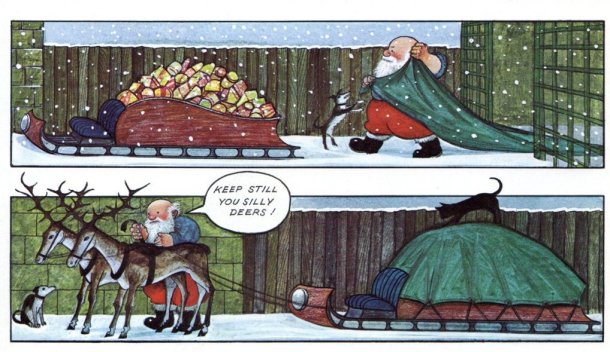 For the uninitiated, in Father Christmas, Raymond Briggs takes the benign and jolly old bearded elf and turns him into a grumpy old man who doesn’t like his job very much. He is a thoroughly human creation, inspired by Briggs’ own father. 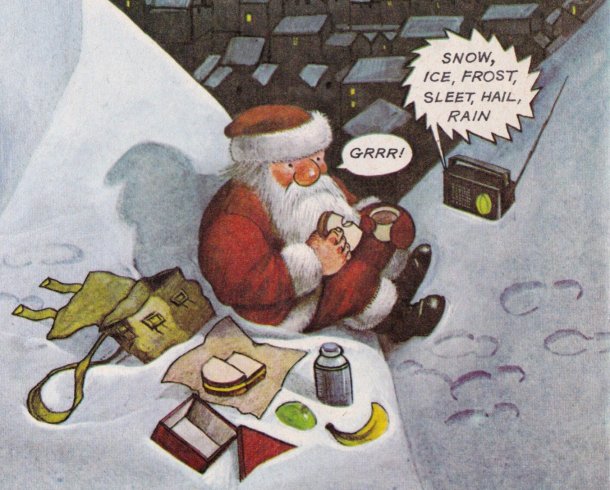 ‘I saw him partly in terms of my father, because he was a milkman. In those days it was sooty and dirty because everyone had coal fires and he used to get filthy doing the job – I used to help him a lot when i was a kid. Your hands used to get really black.’

The character was a reaction to the idea of what Nicolette Jones describes in her biography Blooming Books as ‘Regal Santas enthroned in glittering palaces and the factory owners with a staff of elves.’ This Father Christmas was a working class hero. Or perhaps anti-hero. 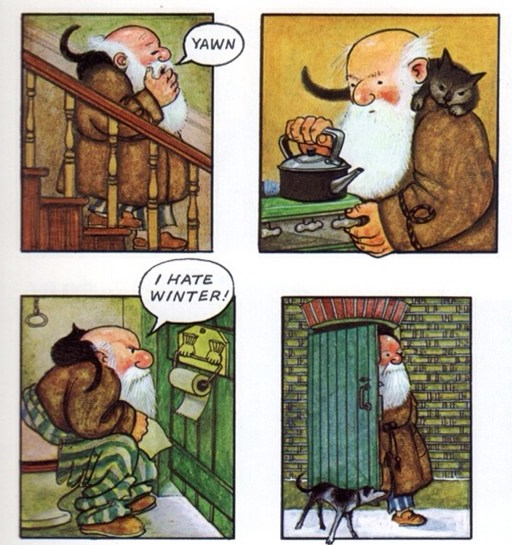 The book was both rude and groundbreaking. Briggs was one of the first to take the comic book form, something that was widely considered as a throwaway at the time, and sneak it into children’s hands via a more prestigious picture book format. Briggs saw it as Father Christmas might, as being mined from the ‘bottomless abyss of strip cartooning’. It was hard work creating the first British graphic novel.

It might be a very human story, but Briggs doesn’t hold back on the spectacle of the task at hand, particularly in the scenes where Father Christmas flies his sleigh through all weathers.

Let’s just admire his skies a bit more shall we?

Artistic awe is coupled with a documentary eye for real locations. At one point Father Christmas visits Briggs’ own home near Ditchling in Sussex. Its layout is accurately reproduced with details like the picture window in the living room and the split stable door the same as Briggs uses. I find that sort of continuity really quite reassuring.

There is also a stop at the Edwardian Terrace house that Briggs grew up in. The cross sections of these streets and houses could easily have been my own.

I was one of those children. In my pyjamas, waiting, face pushed up against the window pane – or more accurately, nose pressed to the pages of Father Christmas.

One thought on “Father Christmas by Raymond Briggs”