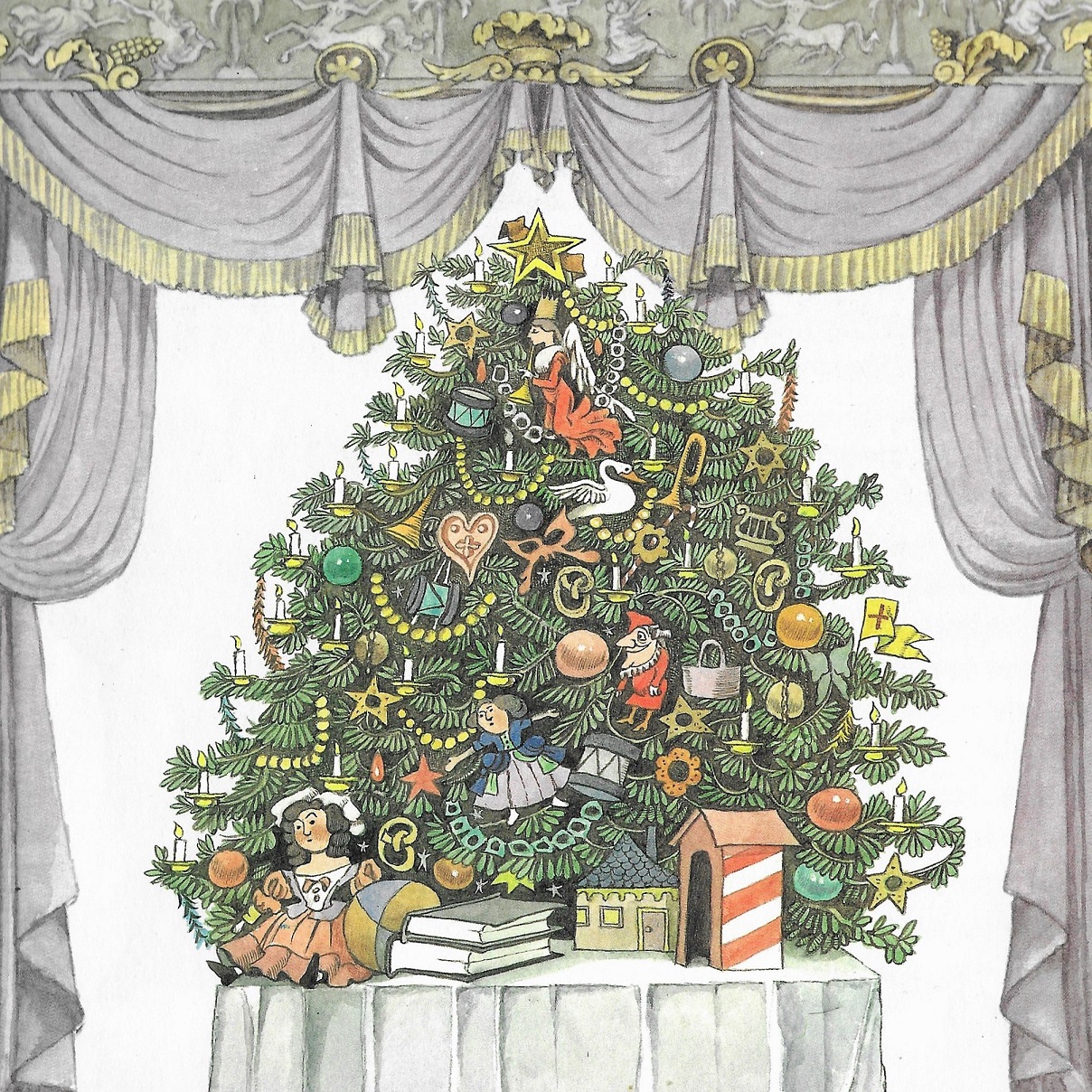 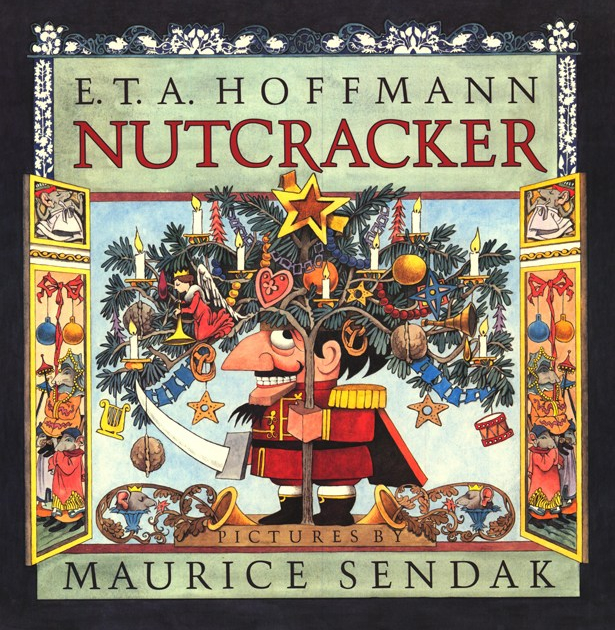 Following his involvement in an operatic adaptation of Where the Wild Things Are in 1979, Maurice Sendak was asked to design a new production of that famous festive chestnut, the Nutcracker.

His immediate reaction was negative.

‘Who in the world needed another Nutcracker? The mandatory Christmas tree and Candy land sequences were enough to sink my spirits completely. And the fantastical subject mixed generously with children seemed, paradoxically, too suited to me, too predictable. I didn’t want to be suited to the confectionery goings-on of this, I thought most bland and banal of ballet productions.’

The producer from the Pacific Northwest Ballet persuaded him by suggesting they went back to the source, E.T.A. Hoffmann’s 1816 short story, The Nutcracker and the Mouse King. Sendak was surprised to discover that it bore little relation to what he’d seen previously on stage.

His solution was to restore the dramatic core of the story, the Story of the Hard Nut and to boldly remove entirely ‘the most obligatory of obligatory scenes, The Land of the Sweets. In Hoffmann it is only a short ironical interlude.’

Sendak’s illustrations capture perfectly the ‘mad spirit of this mad story‘. Even without the centrepiece Sugarplum fairy and reindeer drawn sleigh, this adaptation still glitters with Christmas magic.

The Nutcracker is published by Random House International

2 thoughts on “The Nutcracker by Maurice Sendak and E.T.A. Hoffmann”