Many picture books use a wintry setting to convey a sense of wonder and excitement. Snow can have a transformative beauty, while a great winter storm brings danger cloaked in cosiness. In Sydney Smith’s Small in the City the weather closes in around its protagonist, another great obstacle for them to overcome as they traverse an urban landscape meant for much larger beings.

Set in Smith’s hometown of Toronto there is no attempt to prettify the setting, even as snow falls. The streets here are hard and dirty, the trees dressed in lonely plastic bags. Presented in a skyscraping portrait format the book makes the protagonist appear even smaller.

Despite its grit, Small in the City is a book of great beauty, every scene filled with deep shadows, reflections and vapour trails.

But the greatest sensation is noise. Even as snow dampens the sounds of traffic and people, an intense howl of wind and a creaking of branches fill your ears. 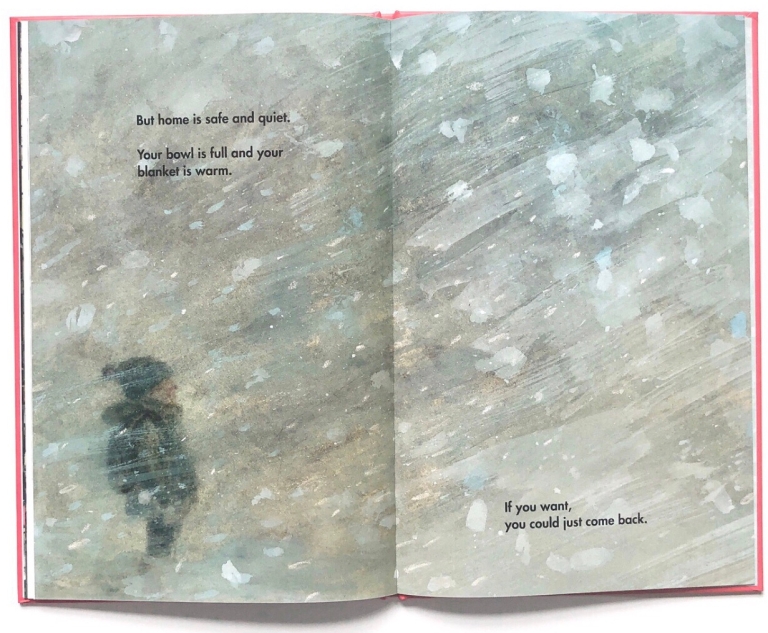 One astonishing spread is split into three panoramas showing snow battered trees, distorted street lights and great wet flakes, hurling themselves at the reader as they take over the frame. 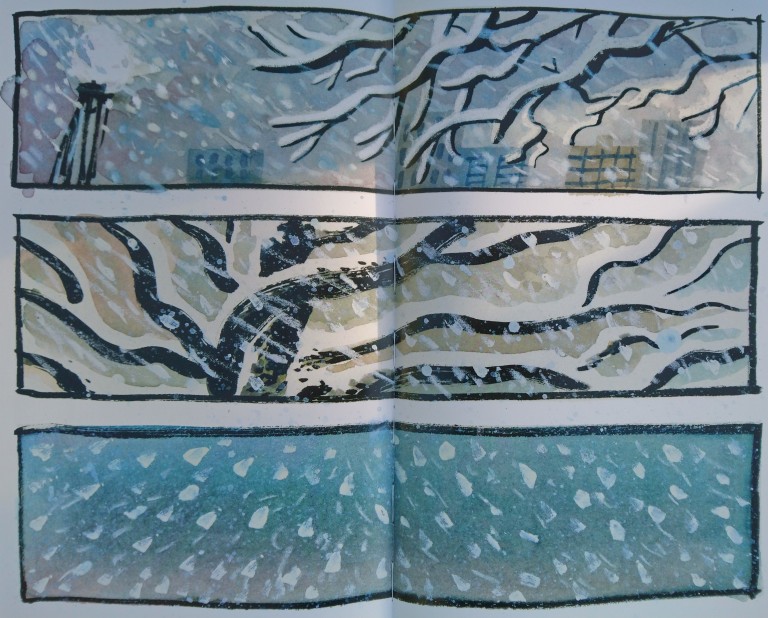 The other thing winter weather offers is ambiguity. The small person of the title is wrapped in woollens, their gender unclear. It’s not explained who is talking to us and about what. Is this the advice of a parent ringing in the child’s ears as they walk the streets alone? 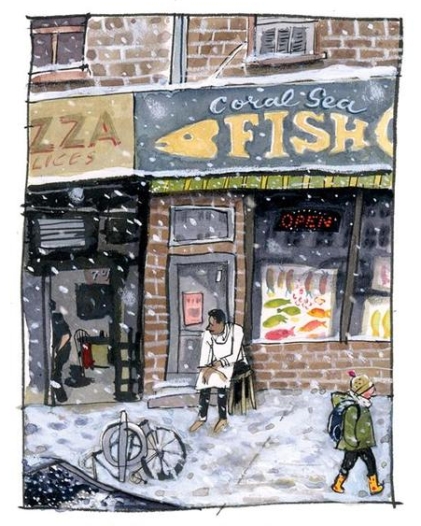 The further they go, more clues are dropped and we realise this is an internal monologue, thoughts occurring to the child as they pass an alley, familiar shop front or a transformed park. But who is being addressed, the reader or somebody we have yet to meet? I won’t give it away and spoil the well earned reveal.

As an adult reader it’s easy to appreciate the artistry of picture books, delight in their rhythm and rhyme.  But I don’t return to them as frequently as a child might. It’s testament to Sydney Smith’s mastery of the form, in this his first solo picture book, that I haven’t stopped reading it since it arrived at the beginning of winter.

Small in the City is published by Walker Books