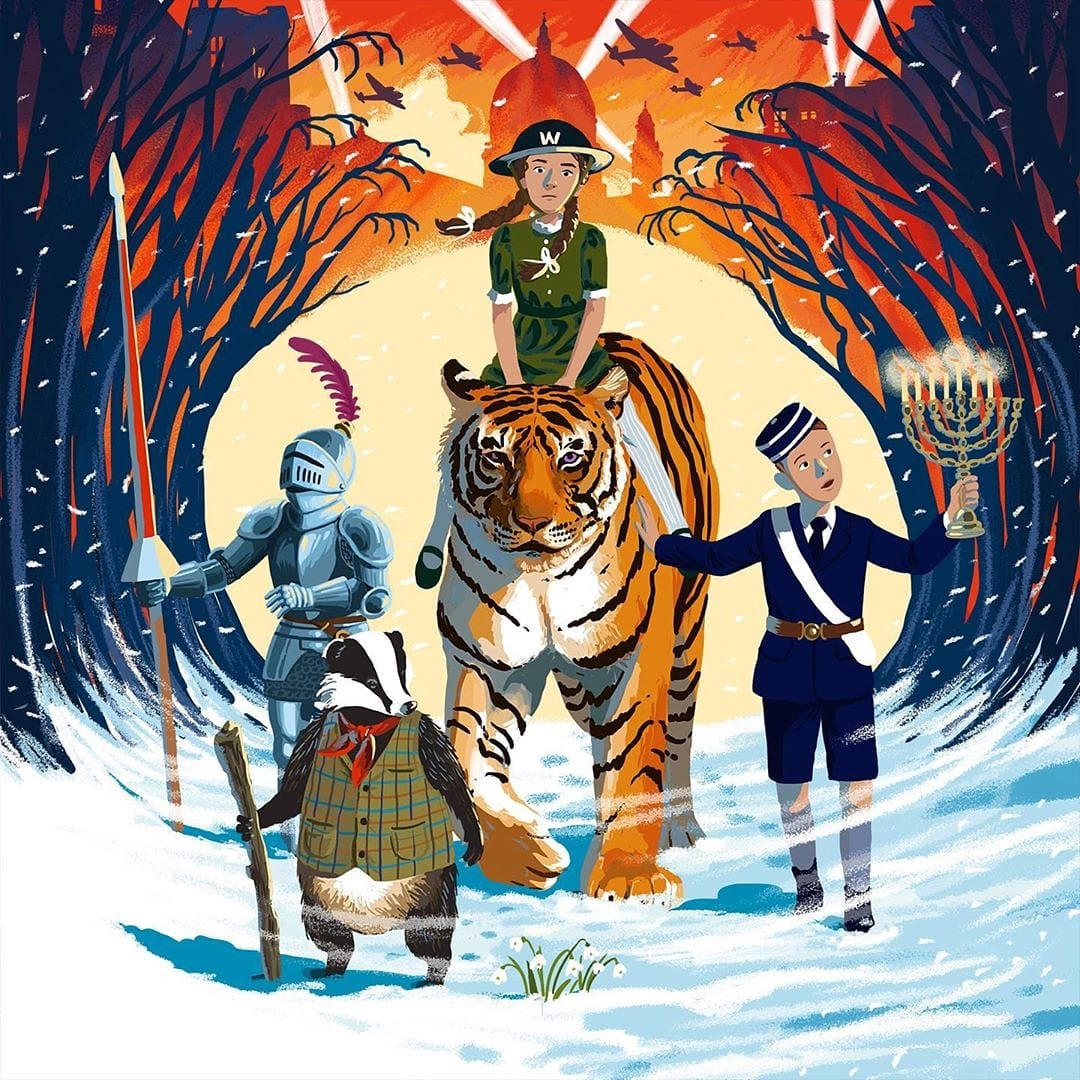 Col is an evacuee travelling through the worst storms to ever hit England as he attempts to reach home in Blitz bombed London and save his sister. If the weather and the war with Hitler weren’t enough, Ross Montgomery adds to this a second, mythic battle between good and evil. Helping Col find his sister and stop the Midwinter King from spreading darkness throughout the world are his imaginary friends, a knight, a badger and a tiger. There is also the occasional bogie.

‘Col stared as the thing unfurled itself to its full height in the centre of the clearing. It was scrawny as a scarecrow, covered from head to toe in coarse hair, with six arms and legs that bent in the wrong direction. It had teeth like bear traps, claws like kitchen knives, and one enormous, blood-red eye that stared directly at Col. It was wearing a Father Christmas hat.’

The story takes place over the last ten days of 1940, an epic scramble across a timeless English landscape covered in snow. As the storms subside on Christmas day, Montgomery captures the calm beautifully, as well as the ugly shadows of war.

‘Racing across fields sliced up with barbed wire and leaping over stone walls that traced the hills like backbones. The world was deserted: for miles they saw nothing except gun emplacements and flocks of birds that burst from the earth in black handfuls. Every now and then they would spot an occasional sign of life – a stone spire rising out of the treetops, a lone Christmas walker, a barrage balloon strung over a town like a floating whale… Apart from that, it was as if they were the only people left in the world.’

There is plenty of excellent, and occasionally quite shocking historical detail. Following his father’s death, Col has spent six miserable months living as an evacuee with his difficult aunt in Buxton. He soon realises that for many people, even away from the bombs, life has become a battle for survival. The Guardians encounter groups of people camping out in the countryside and Ruth, a Jewish émigré who joins them on their mission, informs Col that, ‘After the raids in London, many went to a town called Windsor, but they said that they will not take in any children. Or Jews.’ This scene is preceded by a Christmas message from one famous Windsor resident offering a much more tolerant message.

Christmas is a time of hope for Col and the Guardians. They find temporary sanctuary in a brick pillbox, which offers shelter, army rations and even a radio providing entertainment for the night.

‘They sat together, huddled under the woollen blankets as the wind raged outside and the narrator read A Christmas Carol. For the first time in days, they didn’t need to worry about their quest, or about the Midwinter King, or about all the awful things that lay ahead – just for a while, none of it mattered, it was Christmas, and they were safe.’

Buy The Midnight Guardians from bookshop.org and support local, independent bookshops and this blog. 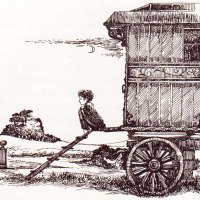 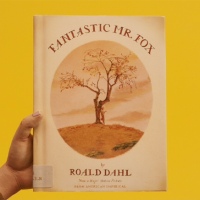