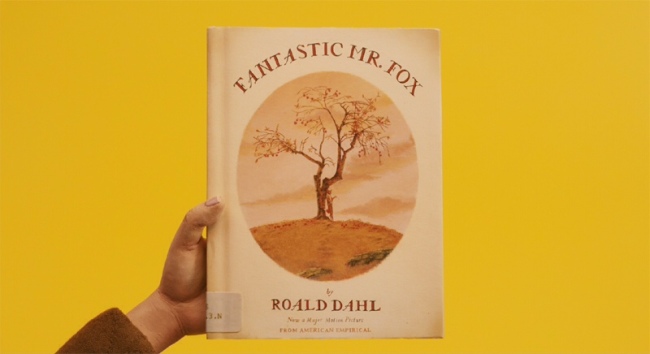 Wes Anderson’s stop-motion adaptation of Fantastic Mr Fox is undoubtedly the best film of any of Dahl’s children’s books. But I was a bit unsure about the ending (spoiler alert). The original sees the Fox family ingeniously outwitting the waiting farmers by tunnelling into their store rooms and feasting on their supplies. Anderson takes them further, into the sewer system that connects their warren with the local supermarket, providing them with a long term, fully sustainable food source.

It wasn’t a terrible ending, but as the original is so utterly perfect, it felt a bit unnecessary. Funny thing is, this was just as Dahl had originally written it. 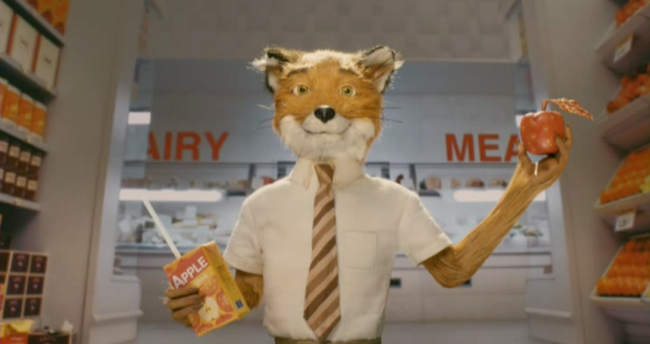 His American Publishers freaked, terrified that this assault on capitalism by the wily hero might put off conservative buyers. It was one of their editors who suggested the version that was ultimately published – an ending so good Dahl joked that he felt like a plagiarist for accepting.

Wes Anderson is a huge Dahl fan, so it’s likely he knew about the alternative ending and used it as a homage to the original. If that is the case then let’s mark it down as a noble fanboy failure.

In other ways Wes was bang on in his appreciation, going to great lengths to get the look and tone right. He visited Dahl’s home at Great Missenden on a research trip and hired Donald Chaffin, the illustrator of the original American edition.

It’s thrilling to see Chaffin’s illustrations come to life forty years after they were first laid down. Chaffin created elegant tableaux, in a style that could have come out of a Victorian picture book. The movie sends them crackling off the page with a manic energy, the stop-motion combining with the naturalistic movements of the animals fur to create a super stylized reality.

Anderson says of his vision for the film: ‘We made the decision that the film would be realistic and have the same imperfections and peculiarities as when you take a picture in real life’. Which is a pretty good description of what Dahl does with his writing; taking recognisable situations and viewing them through his own, very distorted lens.

My favourite sequence in book and film comes from chapter four – The Race.

By five o’clock in the afternoon this is what had happened to the hill:

That last image is rather unsettling. Where Quentin Blake softens the horror of the situation by drawing the group of onlookers mocking the farmers, Chaffin opts for a rather funereal scene. A group of well dressed mourners stare into the pit watched over by a bird perched on a frame of twigs. But look closer and you’ll see the claw of the digger just poking out from deep within the hole. The suggestion that the diggers are still hard at work sends a shiver down my spine. The horror continues for the Fox family.

The edition I grew up with, and still my favourite, is illustrated by Jill Bennett, who also did Danny the Champion of the World. Although it’s very different in look, it it has the same energy as Anderson’s film. Unlike the static stylings of the Chaffin version, here the characters feel really animated. Mr Fox also has the requisite levels of elegance, not just in the cravat wearing stakes, but in his wonderful languor. 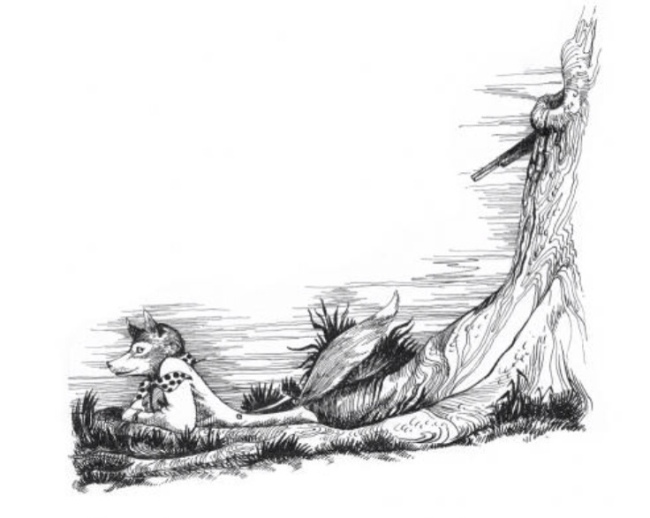 As for the farmers, Quentin Blake definitely does the best Boggis (he’s always ruthless with his fatties – probably why Dahl liked him so much). But Bennett totally nails Bunce and Bean. I used to stare in horrified fascination at the pot-bellied dwarf preparing his hideous liver paste doughnuts, washed down with a slug from his platter of medicine.

Bean’s cider on the other hand always looked strangely alluring. Developing an early interest in drugs and alcohol was just one of the benefits of growing up during the golden age of children’s literature.

Obviously every great children’s book needs a map of some description. In Fantastic Mr Fox we have something better – wonderful cross sections of the tunnel between the Fox hole and the farmers’ store rooms.

I would still kill for a network of passageways leading out of my house. Just in case, y’know we get ourselves in a siege situation with some Wiltshire farmers.