Some lovely person recently nominated me for a parent bloggers award, and looking down the list there are a lot of us. Checking some of these super prolific children’s book bloggers I noticed that many featured heavy contributions from their children. They’d read together, dress up as their favourite characters, create book inspired works of art and even eat food versions of books. Inspiring and enriching stuff.

Ironically my blog is a major cause of parental neglect. This was particularly true last December, when I embarked on a Children’s book advent calendar. I’d naïvely envisioned it as a fabulously Christmassy thing to do; sitting under the tree every evening, a pile of children’s books on one side, Santa’s ever decreasing bottle of whisky on the other. In reality it became an increasingly exhausting source of tension as the real Christmas tasks piled up around me.

So I thought I’d do the right thing and bring them into the blog, get them involved in making something inspiring and enriching. Something entirely age appropriate. Something like Edward Gorey’s diabolical Dracula Theatre. Reportedly he read Dracula aged five, and he turned out alright…

Like Maurice Sendak, Gorey got into theatre design in the 1970s, producing sets and costumes for the Mikado and Gorey Stories, a musical based on his own work. Then in 1977 came ‘Edward Gorey’s Dracula’. Note that it was Gorey and not Bram Stoker or the Count who was the main attraction here. He was already a fixture in the New York ballet scene, attending every single debut performance by the City Ballet between 1957 and 1983, ‘always well turned out in a full-length fur coat and sneakers.’ Now Gorey took Broadway. 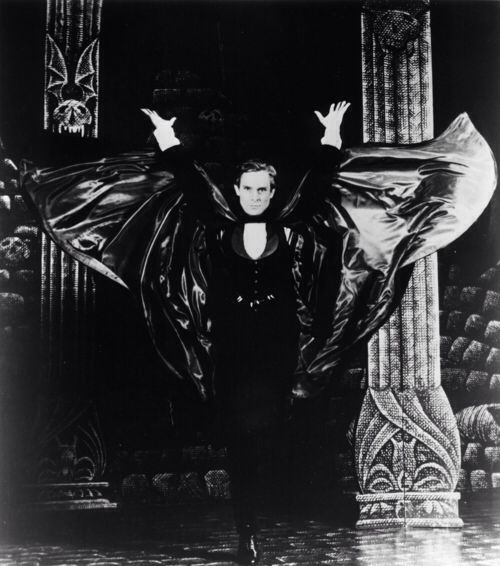 The toy theatre is an exact reproduction of the Gorey designed stage set and costumes. The look will be familiar to anyone who’s read any of his books, retaining his 19th century etching style. Rather brilliantly this isn’t just a small scale redrawing, this is exactly how the set looked – like a massive children’s book opened out on Broadway. 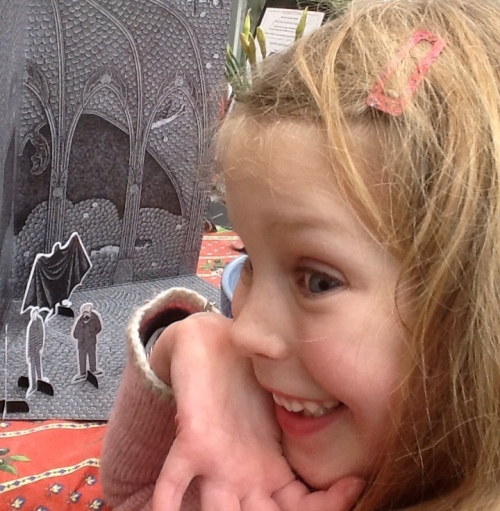 Unfortunately as we get down to assembling the theatre I quickly realise that it is a little bit too beautiful to let my children get their hands on. ‘You’re tearing it!’ ‘No you can’t have the tomb, the bloody glue won’t stick’. ‘STOP TEARING IT!’ These were the afternoon’s familiar refrains. 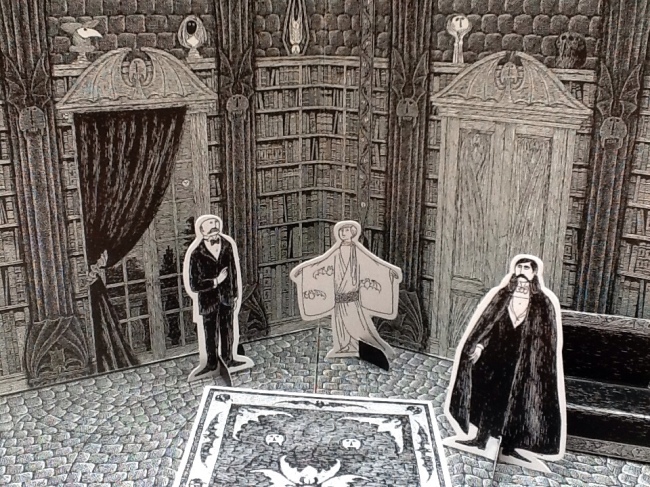 Still, we got there in the end, in spite of the wobbly stands, ripped characters and paper clipped sets. We also learned a couple of things about Dracula as we put on our own little production.

1: there’s really a lot of standing around and pipe smoking in the play and not nearly enough swooping.

2: The Dracula character, being part bat and part man would be infinitely more interesting if he waged a one man war against paper criminals until they all had torn bases.

Can I have my award now?

One thought on “Edward Gorey at the Theatre”