“What I want,” Laura declared,”is to have a life packed with excitement like some of the characters in my books.”

The series of adventures starring pre-teen detective Laura Marlin have been described as ‘Nancy Drew meets the Famous Five’. Certainly its got all the ingredients of a mid 20th century mystery adventure; orphaned child, dastardly smugglers, untrustworthy foreigners… but Dead Man’s Cove much better than anything Enid Blyton ever mustered. 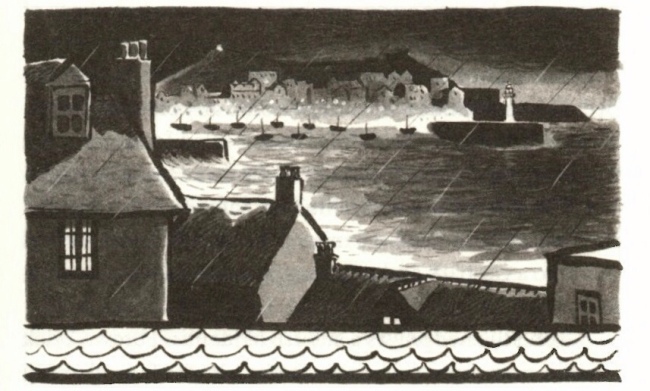 What Lauren St John adds to the formula is an element of hard-boiled fiction. Laura arrives on the mean streets of St Ives in cornwall in the winter. Shorn of their tourists and the summer sun they become thick with Noirish atmosphere and threatening figures.

‘The next section of the alley was also deserted. Twisting leaves cast dancing witch shadows on the cobblestones. Laura strained her ears for footsteps, but could hear nothing but the moaning of the wind and the rhythmic pounding of the sea, getting louder as they neared it.’

Laura is taken in by her uncle, a kindly but distant man who says ominous things like ‘on no account are you to go anywhere near the coastal path’ and is prone to vanishing under a Heathcliffesque cloud along the same dodgy path. Calvin Redfern (for that is his name) lives in a ramshackle town house with his shifty housekeeper. Everything about him is a slow burning mystery to be solved by his ultra inquisitive new ward.

But there’s another puzzle to unpick in the shape of a downtrodden young boy called Tariq (not all of the foreigners are untrustworthy here). Laura meets him working in the local grocery store and although he appears to speak no English the two become friends, finding respite from their isolation. But his dastardly parents and a sudden change in their relationship drives her into life threatening peril.

The plot sounds a bit hoary, but that’s the point, this is genre fiction, lovingly crafted. What really matters is the compulsive plotting and a properly intriguing series of mystery. What Lauren St John does best of all is to create a real sense of place; she really, really makes you want to visit St Ives.

‘Laura pushed open the blind. The cook at Sylvan Meadows had once told her that a storm was nature’s way of doing her laundry, and there was no doubt St Ives, or at least the portion of it that Laura could see, was positively sparkling this morning. The sea was an intense navy blue and the waves wore frilly cuffs of the purest white. The light had a golden tint that promised a glorious day. The grass along the cliffs and in the cemetery was an unreal green.’

On illustration duties is David Dean, who is pretty much your go to guy for this kind of retro children’s fiction – check out his work on David Alric’s Valley of the Ancients and Lissa Evans Stuart books. Not that his style is overly retro – it is classic with an international twist; every illustration wrapped up with a different ethnic pattern.

Did I mention that the girl’s got a three legged canine sidekick? Well she does. What more do you want? Well, there are four more Laura Marlin Mysteries to be going on with, taking Laura from Russia to the Caribbean and back to Cornwall and the moors of Bodmin. It’s like a fix of that old Sunday tea time telly, warm, diverting and more than a little bit exciting. 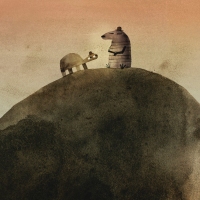