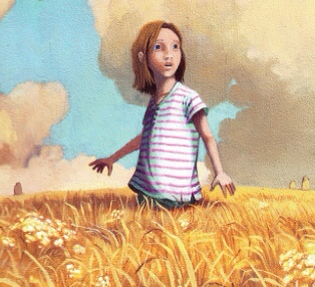 A book called The Bunker Diary recently won the top prize in UK children's literature the Carnegie medal. It's the latest in a line of 'dark' tales for children to win the prize, following Sally Gardner's utterly brilliant Maggot Moon in 2013. In response the Telegraph published a list of the ten most shocking children's books.

Down at number nine was a title that was new to me: Marianne Dreams by Catherine Storr. It shares with The Bunker Diary a claustrophobic, horror laden setting, following two children trapped in a house, watched by an unknowable enemy. 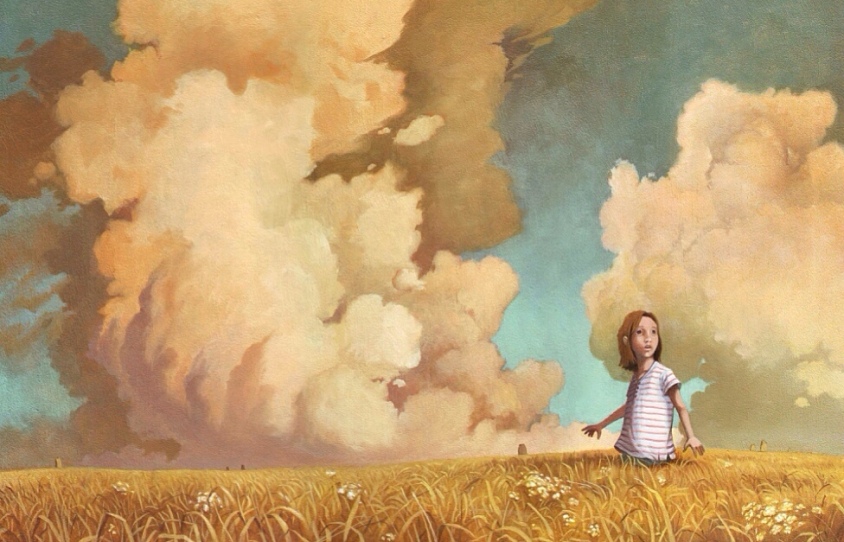 Marianne is a twelve year old girl confined to bed for months with a debilitating illness. Tired but restless she plunders a keepsake box handed down from her great grandmother to her mother and finds amongst the shiny trinkets a nice pencil, 'It was one of those pencils that are simply asking to be written or drawn with.'

The picture she draws is of a childish house complete with four windows and a plume of smoke rising from the chimney. It is surrounded by long grass, a few flowers and some lumpen rocks. The pencil it turns out might be magic, as that night Marianne dreams of the house.

The naive drawing is made real, but Marianne's poor attention to detail means there is no door handle to get in, although the smoke rising from the chimney suggests there should be somebody at home. Instead she is stuck outside with only a creepy voice blowing in the wind… 'Put someone there' it suggests helpfully.

When Marianne wakes she adds a boy in the upper window. She dreams again and he appears as a version of a real child called Mark, who she has not met but heard about from her governess. He is suffering from Polio and unable to walk – or even get downstairs due to Marianne not having drawn any.

The connection between the real and dream world grows dangerously close when in a jealous fit of pique she returns to her drawing and scribbles the spiky, unsympathetic Mark out of his window. For good measure she adds more of the stones that remind her of gaolers. 'They should watch Mark, she thought with angry satisfaction, keeping him prisoner under constant surveillance. Marianne drew in more stones, a ring of them round outside the fence. To each she gave a single eye.' 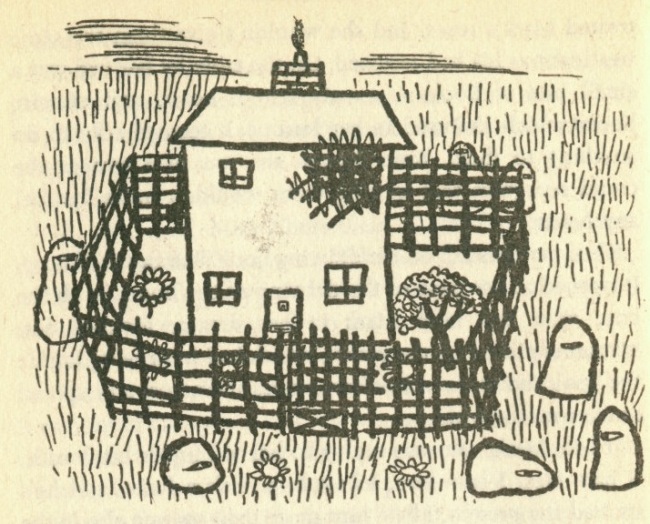 Marianne's waking hours are consumed with an obsessive guilt about the real Mark, who after her pencil attack is hospitalised. She must confront her dream demons and help the invalided Mark recover so they can escape the house and the terrible staring stones. 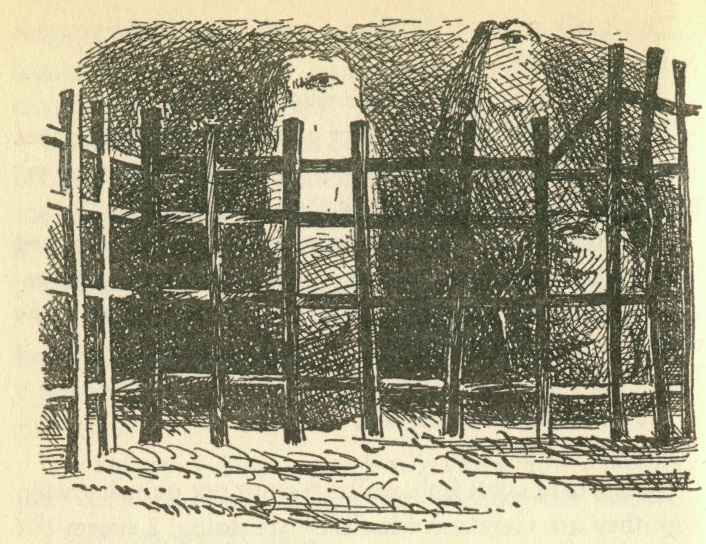 Catherine Storr studied psychoanalysis, and wrote this about writing for children, 'We should show them that evil is something they already know about or half know. It is not something right outside themselves and this immediately puts it, not only into their comprehension but it also gives them a degree of power.' Great children's authors from Dahl and Sendak through to Sally Gardner and Patrick Ness all understand this and similarly put childrens dealings with evil at the heart of their work.

There are some particularly strong similarities between Marianne Dreams and Ness's A Monster Calls, a story that begins with a disembodied voice drifting on the wind through a bedroom window and in to a troubled young boy's dreams. Conor had a different set of problems to deal with, but he exists in the same dread laden dream world as Marianne and Mark. Even Jim Kay's illustrations are a perfect evocation of Marianne's nightmares. 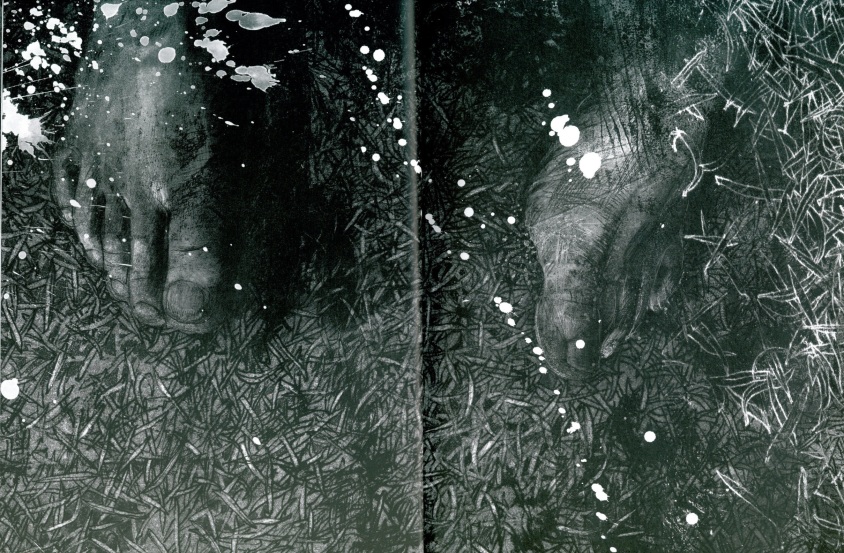 I wish I'd come across Marianne Dreams as a child. It would have sat nicely next to one of my favourite stories, The Yellow Wallpaper. It's an equally insightful book that deals with the complicated psyche of a sick child in the most thrilling way.

A new edition of Marianne Dreams is published by Faber Classics.