In 1982 Maurice Sendak was interviewed by the BBC’s arts documentary series Omnibus. ‘The highly reclusive writer’ had just completed designs for a production of Profokiev’s opera, The Love of Three Oranges. He speaks candidly and widely about his life and career in children’s book illustration. The interview showcases Sendak‘s sharp mind and even sharper use of pen and ink. Here are some of the highlights.

On only having one idea in his books, but it’s a good one.

‘The one idea is talking about “What is it like to live through a day?”  I remember alas because I suffer from it all the time even now, the consciousness of getting through the day. I never forget how many hours there are, the sense of how difficult it is. There are certain things I don’t like that will happen during the day, I prepare for them.

It’s a peculiar sensibility, probably a neurotic one. Going to bed at night is like coming in for a good landing. “Wow, you’ve made it again.” Getting into that bed with the book, it’s all clear sailing after that.’

On growing up as a ‘prisoner of childhood’

‘Brooklyn was always a very confining place. One always had the sense of a lack of independence or money. You couldn’t cross that bridge to get to New York City where you wanted to be. You were a prisoner of childhood.’ 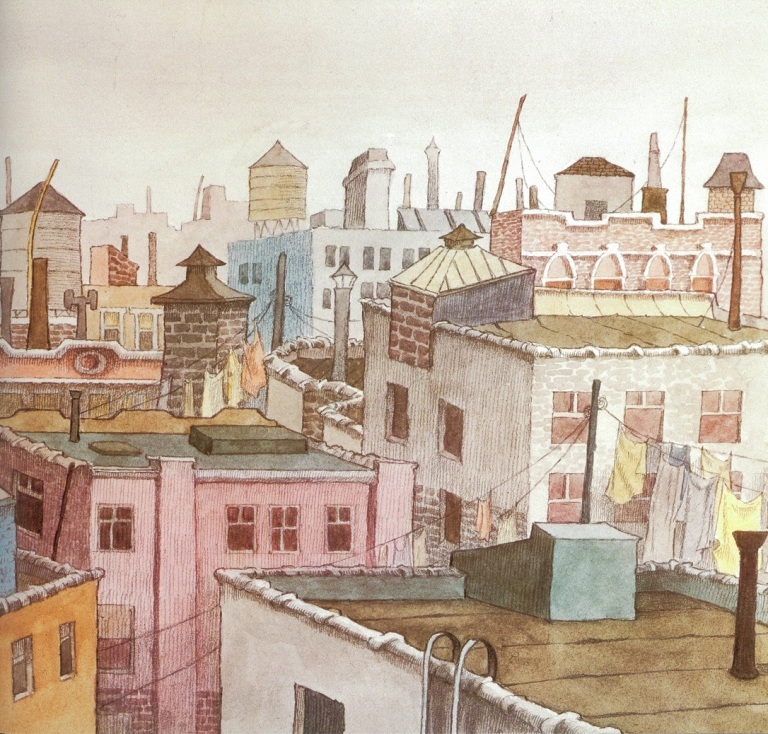 Why we are all drawing on our childhood all the time

‘People simply don’t appreciate how much they have to use their own childhood in whatever business they’re in. I use mine in a more obvious sense because I write from it, I draw from it. My books are about children, about animals that talk, so generally I’m back there somewhere. 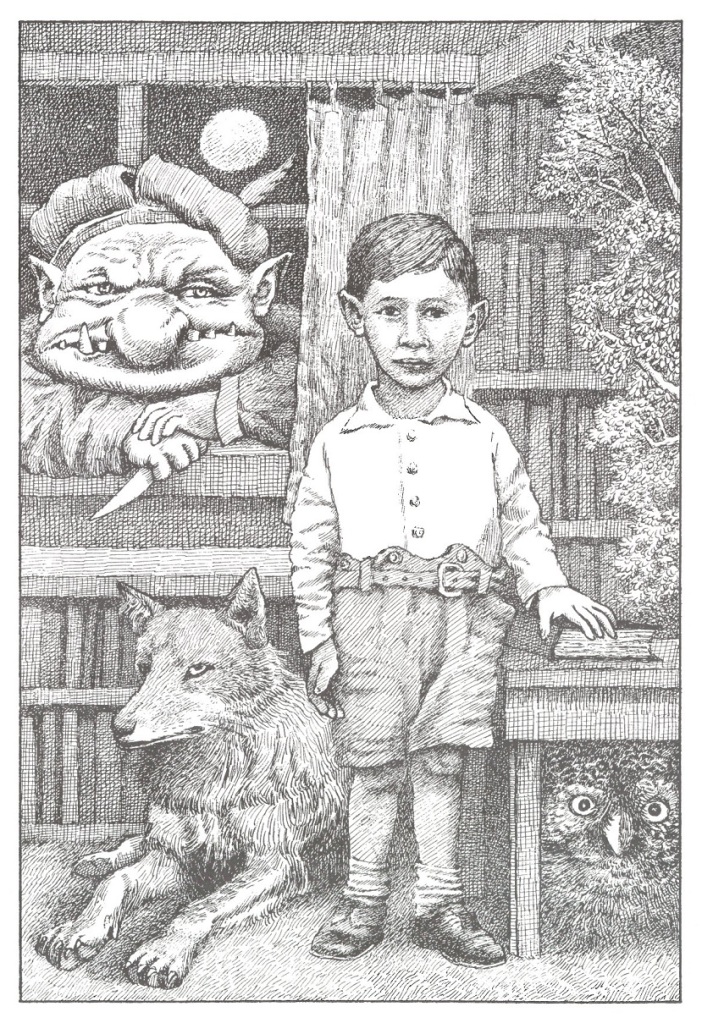 ‘We are what we were, in subtle variations. Blueprints were laid down and we have fulfilled that blueprint, we have become what we were meant to be, with some significant changes if we’re wise enough to change them. ‘

And we meet a lost Wild Thing… 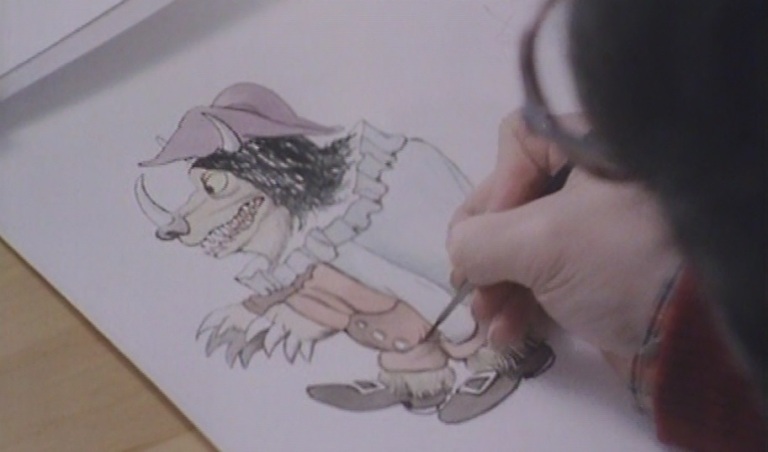 … designed for Profokiev’s opera The Love of Three Oranges

‘This is a kingdom we have created, a corrupt degenerate kingdom. What they think is amusing is to parade their freaks, their monstrosities out on stage. He’s a wild thing, one of the least known wild things, a sibling that never got famous, and I’ve always had a soft spot for him. He’s a sort of a Quasimodo, Charles Laughton unicorn.’

Unlinked pictures from The Art of Maurice Sendak by Selma G. Lanes

4 thoughts on “Maurice Sendak – A Day in the Life” 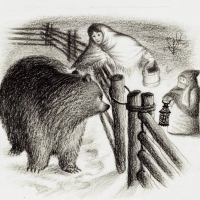