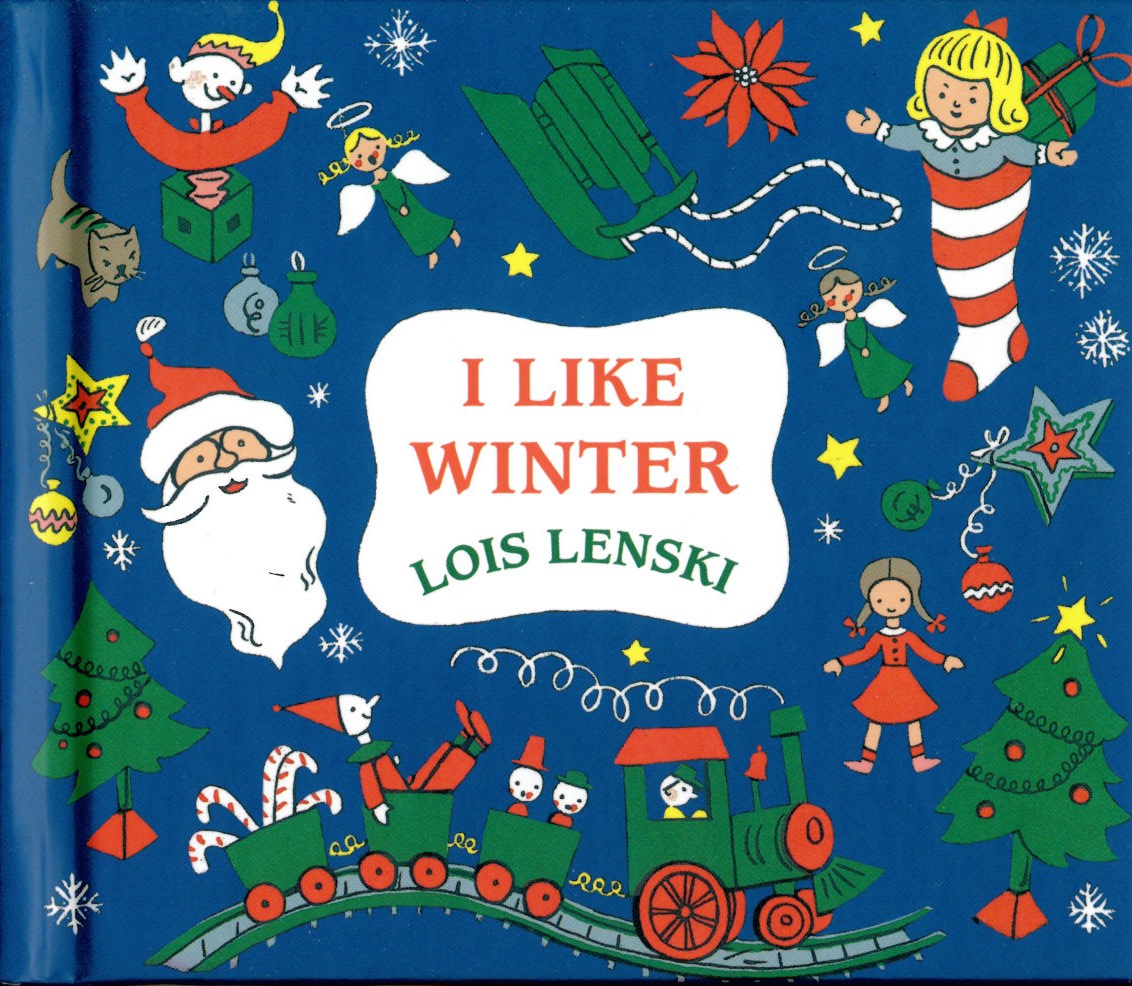 Published in 1950, I Like Winter, with its bold colours and thickly outlined cast of rosy cheeked American children, has all the hallmarks of a mid-century classic. 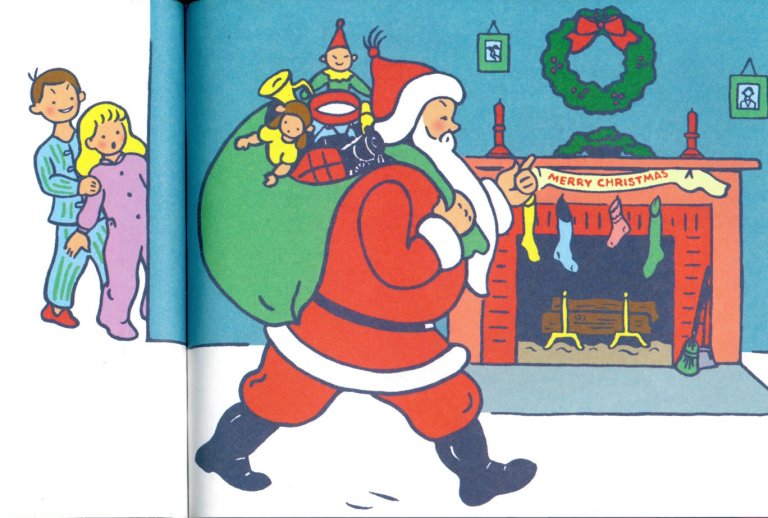 The sweet rhyming text lists all the things that are lovely about the season: snow, trees, presents, Jesus etc. How delightful.

Then I try reading it out loud and find that the monotonous repetition, combined with the blank eyed expressions causes the characters to take on a darker aspect. 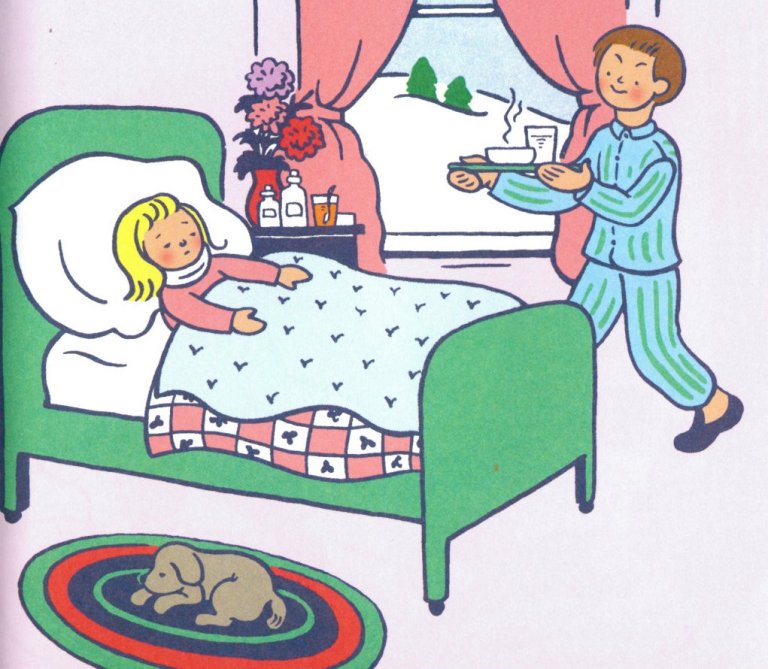 Look at the faces of the candy cane kids, and you might notice a hint of malice.

Then the family arrives, and you realise that something’s definitely not right. You are now entering David Lynch country.

‘I like people who come to stay,‘ it says. So do I, but not when they look as wicked as this bunch. As Stepford mom busies herself with the dishes, let’s take a closer look at the dream American family.

Father, I suspect uses the lengthy commute into the city to disguise a long running series of romps with office boys and dockers. Grandpa perhaps prefers a pointed white hooded cloak to the traditional red one. And Uncle has quite possibly murdered someone recently. Also I’m not sure if that really is a turkey. Do they usually have such long arms?

I don’t read music but if I could I’d probably find that the sheet music that accompanies the story sounds like something Bernard Herrmann might have come up with.