Advent Calendar / Book of the Smallfilm 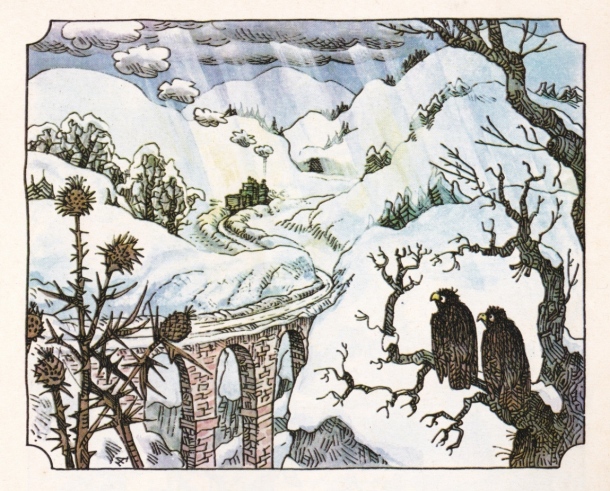 More than any other Smallfilms production, Ivor the Engine feels as though it’s a part of the fabric of Britain. Inspired by the writings of Dylan Thomas, and a friend of co-creator Oliver Postgate who had been an engine fireman, Ivor has the feel of a piece of folk art, a relic of a long lost era. 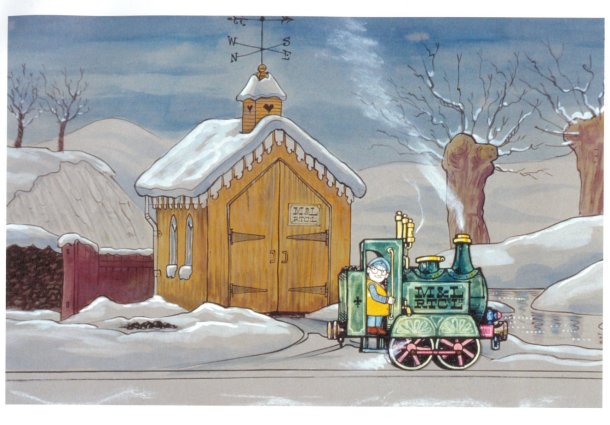 Partly it’s the rudimentary animation, made from cardboard cut-outs which occasionally move through stop frame animation. The soundtrack also plays a part, glorious music recorded by bassoonist Vernon Elliott, with Postgate’s charming attempt at a Welsh accent laid over the top. 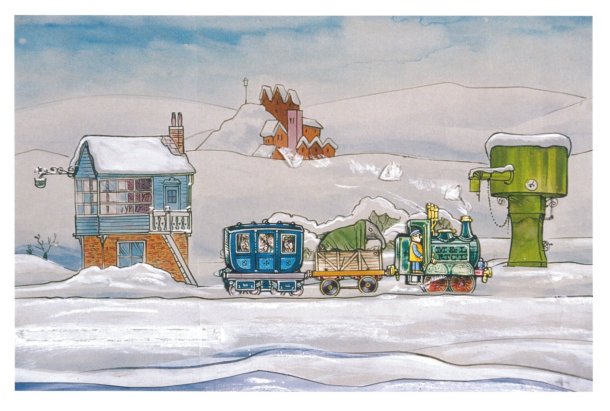 The series was actually made twice over. With many of the original 1950s black and white recordings missing, the BBC commissioned Smallfilms to remake the entire thing in the early 70s in colour. Unfortunately the cardboard artwork was also lost, so Firmin had to start the painstaking restoration from scratch.

Clearly a glutton for punishment, Postgate and Firmin returned to the stories for a third time, this time in print. One of the adaptations, Snowdrifts adds to the ancient atmosphere, remembering a time when our country was regularly covered in several feet of snow.

With roads cut off supplies quickly begin to run low, and the people of Llaniog turn once again to the heroic green engine to see them through. Blacksmith Beynon Smith, who like Oliver Postgate is a great inventor, fashions the engine a brand new snowplough and Ivor is ready to make the journey all the way to Grumbly town.

It’s interesting to compare the world of Ivor to that of Thomas the Tank Engine. The Rev. W. Awdry’s ‘really useful engine’, was a snarky bully who lived in a hierarchical world where trains jostle for position and must answer to the whims of the Fat Controller above all else. Ivor on the other hand is part of a socialist utopia. He is on an equal footing with Jones the Steam and is always treated with great respect by the townspeople.

Indeed as he returns to Llaniog having saved a snowbound flock of sheep it is Ivor who steps in and reminds the people that they really shouldn’t be so grasping over material goods. A perfect message for Christmas. 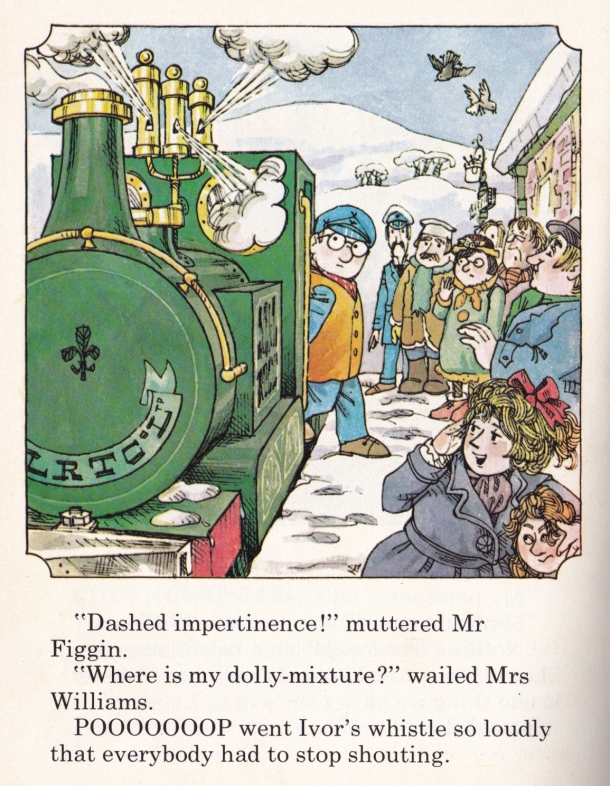 Oliver Postgate died in 2008, so it was a thrill to discover that a new Ivor story had been written by his son Daniel Postgate for the following Christmas. Bluebell’s Christmas Mission follows Ivor, Jones and Mrs Porty’s clever donkey as they go beyond the call of duty to deliver demanding Mr Pugh his turkey on Christmas morning. 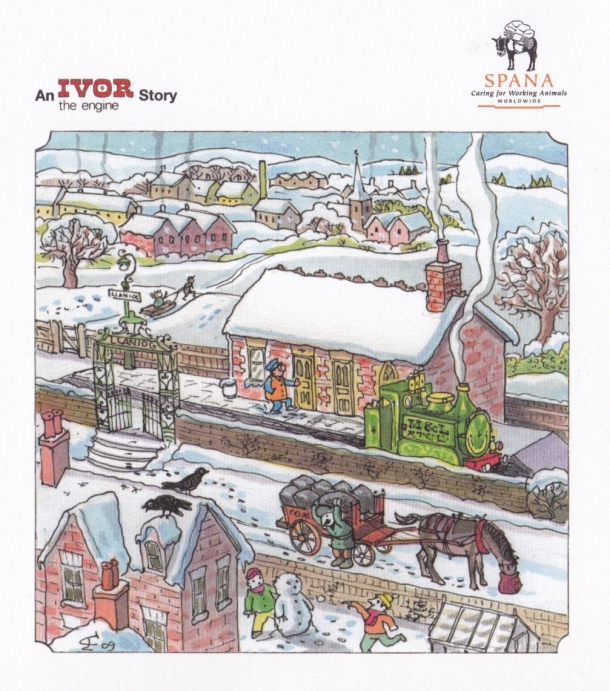 ‘Then they had fresh tea from Ivor’s boiler and ate the only things they could find on the shelf in Ivor’s shed – custard cream biscuits.’

This Christmas card sized book is illustrated by Peter Firmin, produced to raise money for the animal welfare charity SPANA, sadly it’s currently out of print. However you can find Ivor and the Snowdrifts easily on amazon, abebooks etc. The Art of Smallfilms is also a massive treat, and a perfect Christmas present.

10 thoughts on “Ivor the Engine’s Christmas”