We last met Roger Duvoisin’s Santa as he rampaged around the streets of New York, like a festive Charles Bronson, wreaking revenge on what he called ‘false Santas’; tearing fake beards from their faces and sending the tottering pile of scalps back to the North pole in his sleigh.

Now it’s Easter, and Santa’s in relaxed holiday mode. As he tells the long suffering Mrs. Santa, ‘Sometimes I grow tired of icy winds and snowflakes. I want to take a vacation from my toy-making. I want to go and see the spring flowers.’ 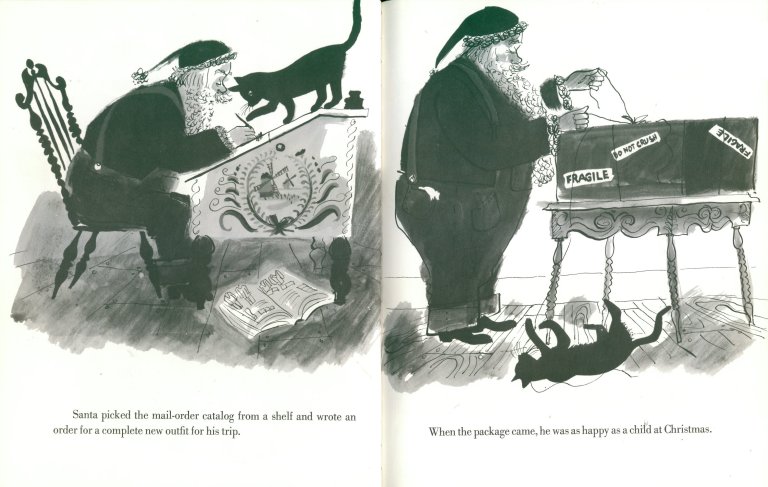 Mrs. Santa immediately points out that it’s spring, and he can’t go gallivanting around the world in his red suit. This would surely lead to uproar and arrest. So he sends off for his own late Christmas presents.

A natty hat and snazzy yellow braces. Although I’m not so sure about the tweed – it makes him look like a travelling salesman. Which in a sense he is. 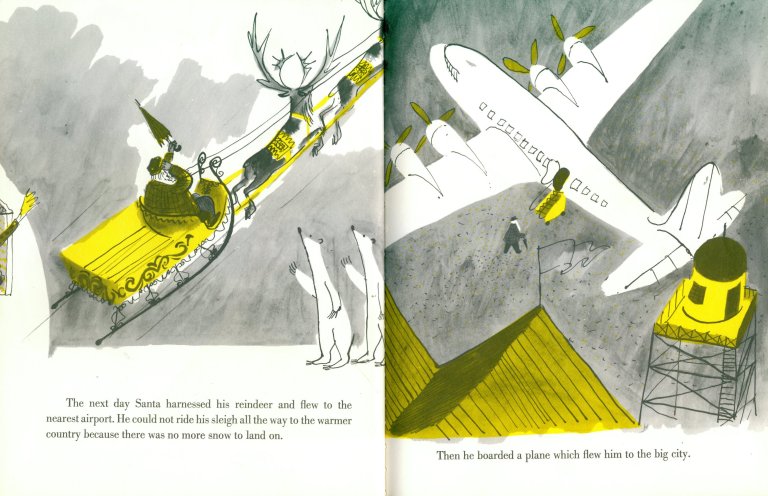 Mrs Santa is right about drawing attention to himself. Santa is mobbed by children, causes a near riot and finds himself in the slammer.

If this sounds a little familiar, that’s because it probably is. But Easter Treat was published twenty years before Raymond Briggs had the bright idea to send his Father Christmas on Holiday.

It’s not just the plot that is similar, there is a distinct kinship between the men: Careworn, grumpy and only really happy when they get away from it all.

I have no idea whether Easter Treat was an influence on Raymond Briggs, but it’s interesting to see this sort of material in the hands of another of the twentieth century’s great children’s illustrators.