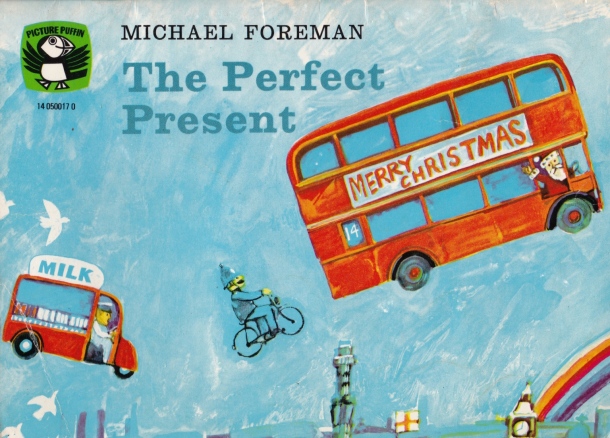 Michael Foreman’s very first picture book as both author and illustrator, the Perfect Present had originated as a story for the Christmas issue of the Observer magazine. This was the early 1960s, a time of innovation in children’s illustrated books which happily overlapped with the creation of newspaper Sunday supplements. It was an ideal launch platform for many big names, including Foreman, who was still at art college. 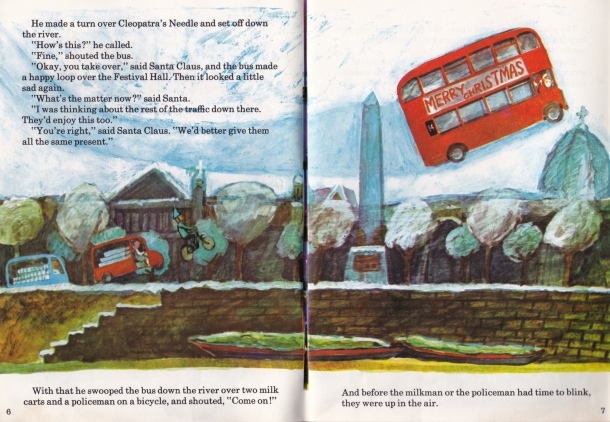 ‘‘There was almost a kind of hunger to utilise that development,’ he says. ‘They went for new faces: Raymond Briggs, Brian Wildsmith. The other thing for me was that at the same time, roughly, the papers brought out their Sunday supplements and they also were hungry for colour and for new faces. So I had a contract with the Observer magazine.’ 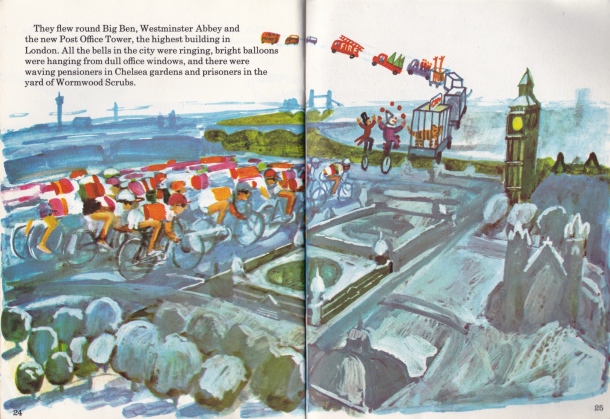 The story is a flight of fancy concerning Santa Claus and a sad, red London bus which he takes pity on and takes for a magical joy ride around the city. 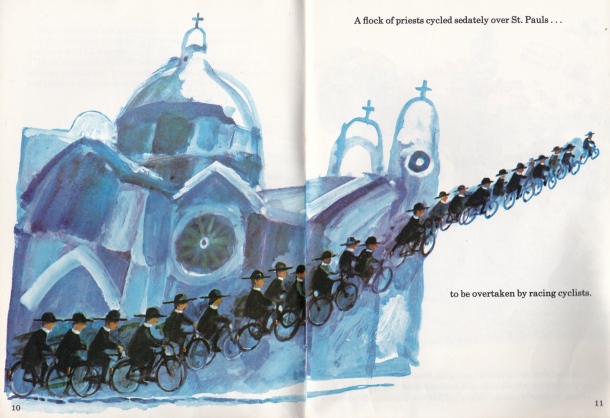 The bus, Foreman remembers in his biography A Life in Pictures, was real. ‘As I travelled to the college and back each day on the number 14 bus, I decided this should be the “vehicle” for my story.’ 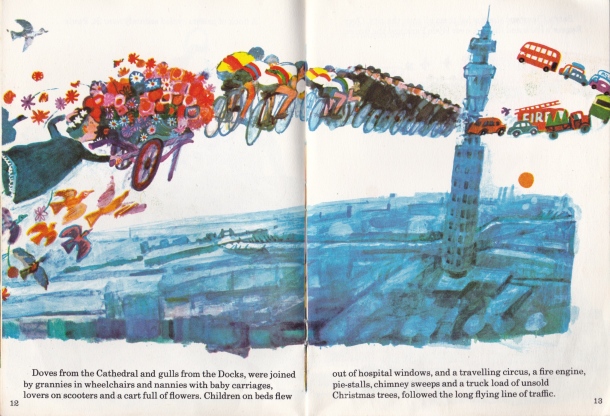 The aerial tour of the sights of 60s London takes in landmarks like St Paul’s, London Bridge and the Post Office tower. 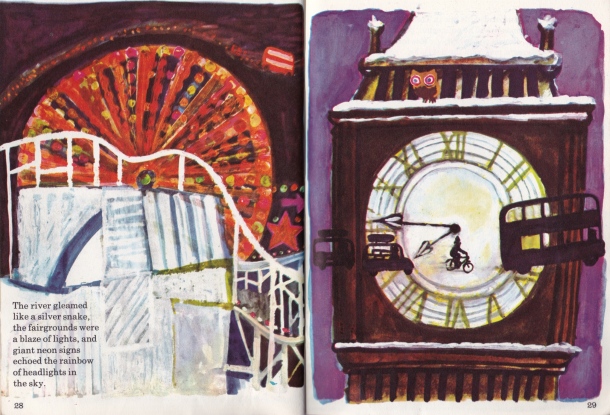 Along the way it picks up in its slipstream an eccentric cortege of vehicles, caught up in Santa’s magical merry-go-round. And long before Raymond Briggs’ Father Christmas took to the skies above London, Foreman’s number 14 bus flew past Big Ben and Buckingham Palace.

There’s even time to take a trip to see Southend pier in the snow (just like Briggs’ the Snowman). 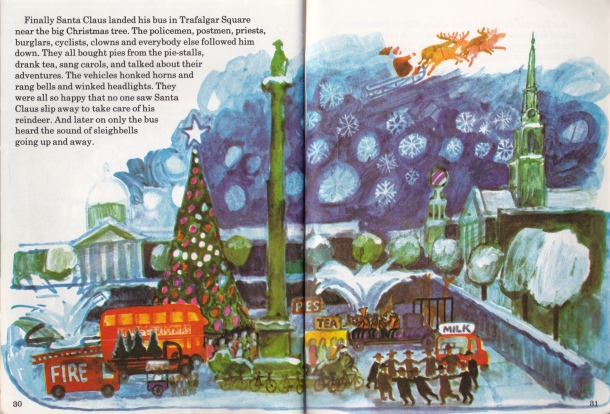 The Perfect Present is wonderfully of its era, a colourful celebration of London at its most swinging, with a gentle message about the importance of taking time out from rushing around to stop and enjoy the world around us.

The Black Flamingo, a fabulous children's book by @deanatta, Illustrated by @aorists
“Look I don’t know if I’m going to have a career after this but, f**k that.” John Boyega. https://t.co/KPFDUUFGlM
Solidarity with @claraamfo who gave a powerful speech about her reaction to the murder of George Floyd on Radio 1 today.
So don't be telling me to get the nonviolent spirit Cause when I'm violent is the only time the devils hear it Rat-tat-tat goes the gat to his devil's face I hope he think about how he done us when he lay to waste Paris, Bush Killa