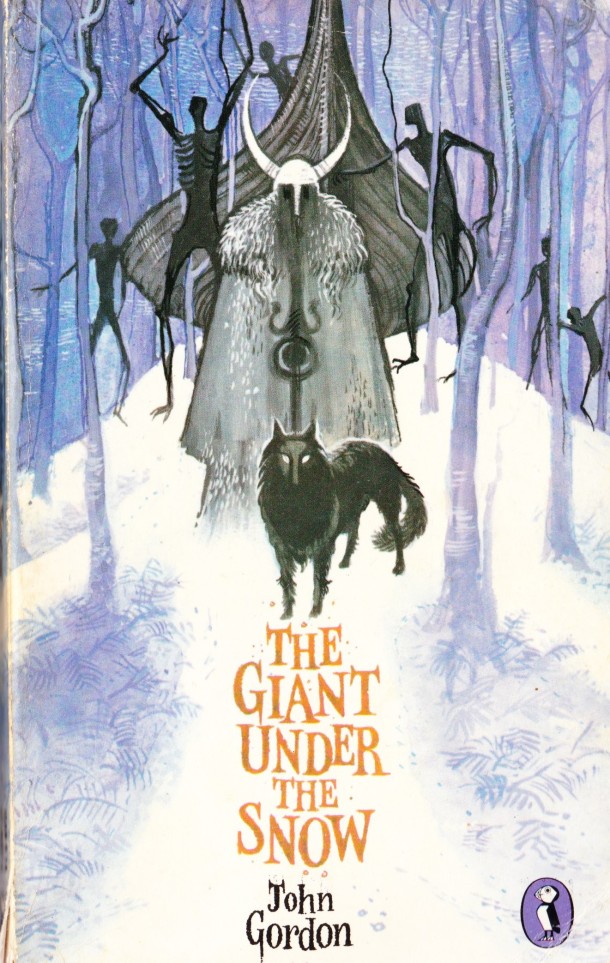 The late 1960s saw a creative reawakening of the British folk tradition, in music, film and literature it was the earthy flip-side to the gloss of the swinging sixties pop culture. Children’s books proved a fertile ground for the old myths and legends and powerfully showed how they are never to deeply hidden from the surface of our collective psyche. 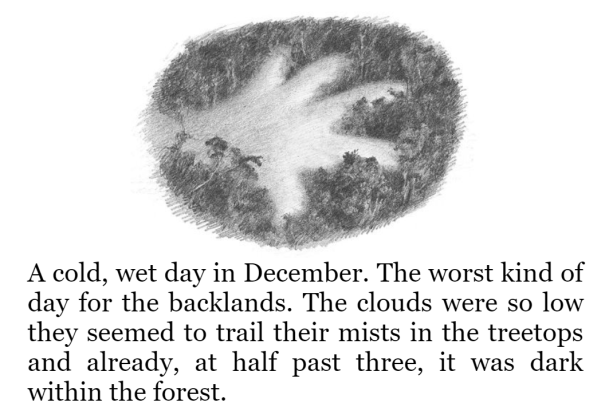 The Giant Under the Snow (1968), the debut novel by John Gordon was very much part of this new folk / fantasy boom. It opens with a literal digging up of one of these long-buried legends, a Green Man hidden in the East Anglian ‘backlands’ (based on Breckland, an area of forest, heath and bog near Norwich). This discovery leads a trio of bickering adolescents into a desperate battle against an evil, ancient warlord. 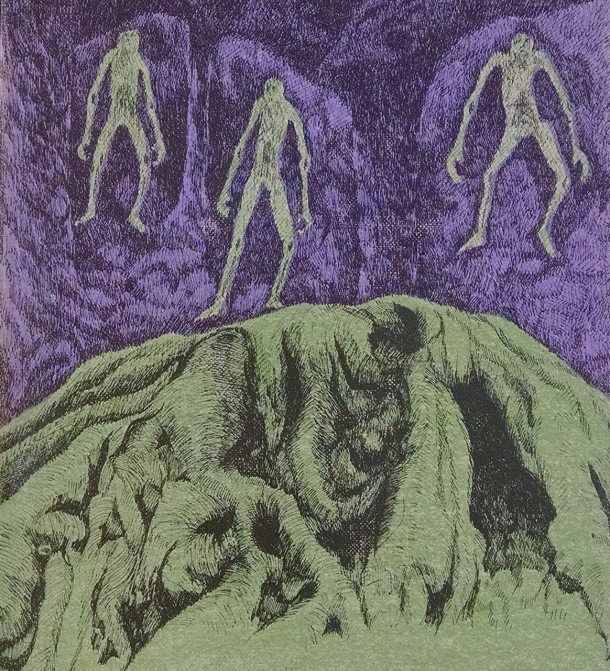 On discovering an ancient belt buckle hidden in a copse shaped like a great, green hand, Jonk (Jonquil) finds herself pursued by a hellish black dog and later by terrifying ‘leather men’, creatures who appear torn from the wintry landscape and instilled with some terrible evil.

Like Susan Cooper’s The Dark is Rising (1973), Gordon sets his story during the run up to Christmas day, drawing on the ancient magic of the season and concentrating on the darkness of the long dark nights around the winter solstice rather than the glitter of the Christmas lights. 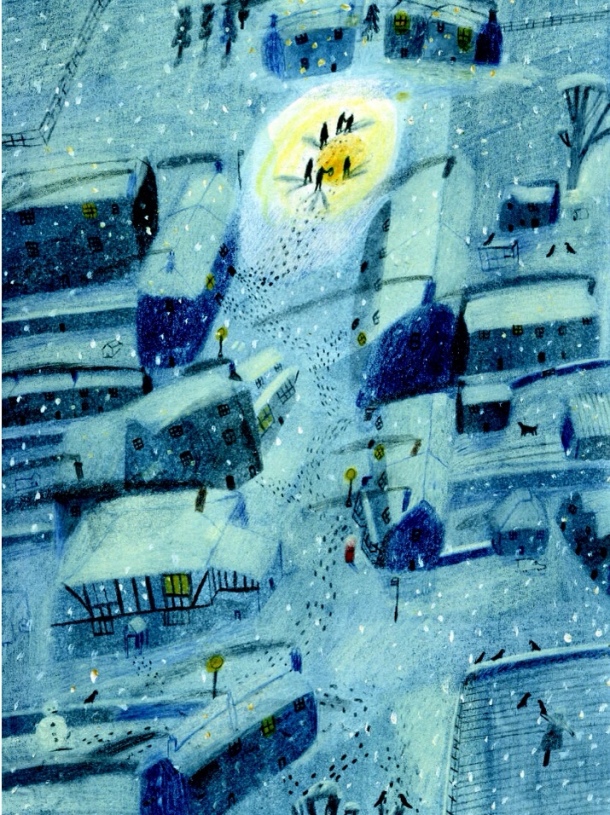 The Dark is Rising illustrated by Laura Carlin (Folio Society)

It was writing about snow that first set Gordon on the path to becoming a novelist. Interviewed in Carousel magazine in 2006 he remembered the night he first ‘got drunk’ on words.

I had to write an essay about snow.  I began to experiment…  Footfalls in snow.  ‘Crunched’ ….  not quite right.  ‘Squeaked’ … no.  Then I thought if I combine both sounds …. ‘creaked’.  ‘Creaked’ is a very cold word.  Doors in old houses creak … I was off on a word hunt. 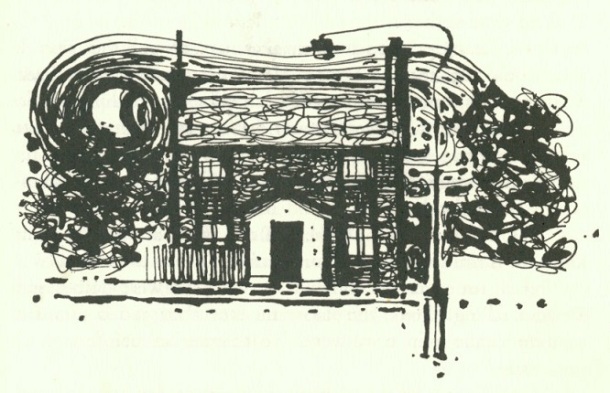 Gordon has a strong kinship with another master wordsmith, Alan Garner, who warmly reviewed his work in the New Statesman. Both writers take mythological subjects and explore them in a contemporary setting. Readers of Elidor (1965) will recognise the sinister transformation of city streets after dark and also the spiky relationship between Jonk and her two male companions, Bill and Arf, who spar in an authentic fashion. 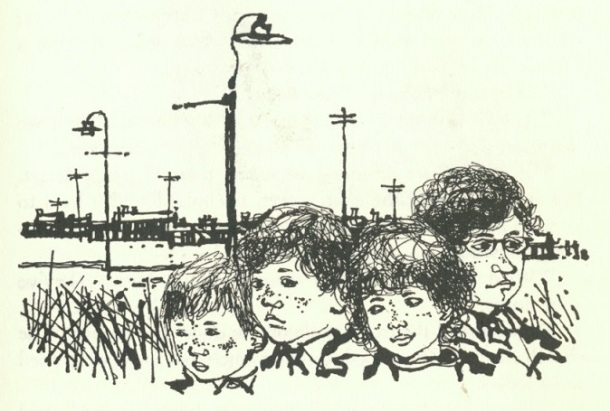 It is the harnessing of the landscape of the backlands where much of the power of Gordon’s tale lies. Like his East Anglian literary hero, the master of ghost stories, M.R. James, Gordon uses a device of evil hidden in a long-forgotten object to drive his narrative and conjure up a feeling of genuine dread. 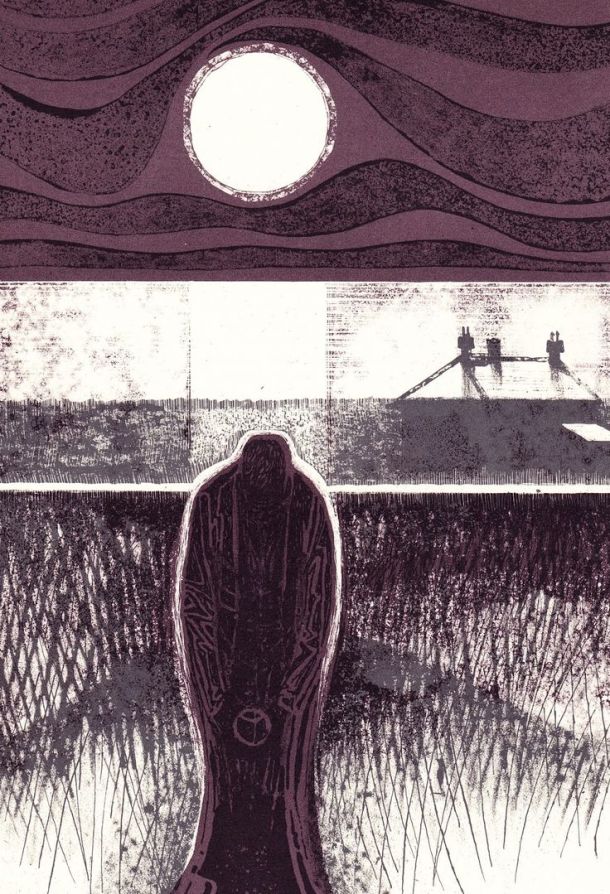 There is also magic of a lighter hue, embodied by an apparently immortal ally called Elizabeth Goodenough. Her name and shifting personality recall the three witches of Madeline L’Engle’s A Wrinkle in Time (1962). The gift of flight that she bestows on the children reminds me of two books from an earlier golden age, E. Nesbit’s Five Children and It and John Masefield’s the Box of Delights. There is simply nothing to beat flying in a children’s fantasy. 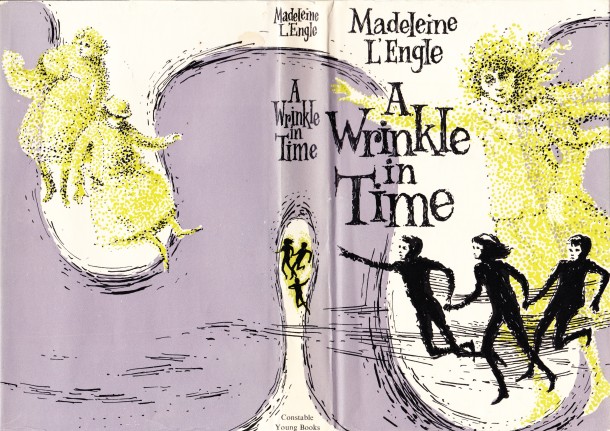 The Giant Under the Snow deserves to be mentioned in the same company as the other classic children’s fantasies from this era, but somehow Gordon is largely overlooked and this terrific winter story out of print. He went on to produce dozens more books for children, including Ride the Wind (1989), a belated sequel to the Giant Under the Snow. 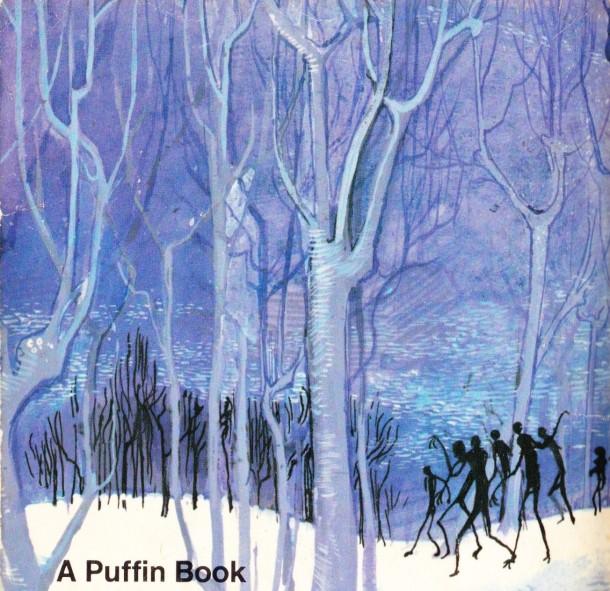 The Giant Under the Snow is available as an ebook with illustrations by Garry Blythe. The Puffin edition features cover art by Antony Maitland.