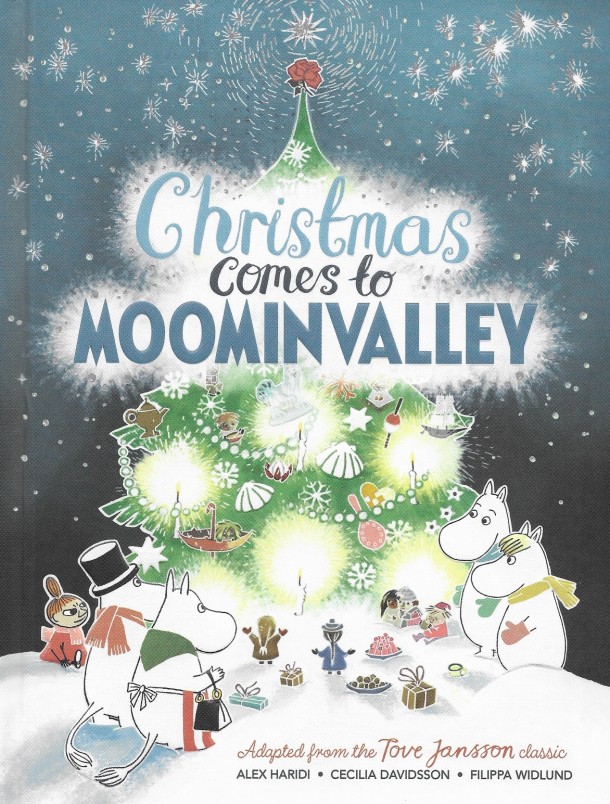 The Moomins aren’t a naturally Christmassy species. They prefer to spend their winters tucked behind an old boiler, or huddled together in their drawing room. You wouldn’t have thought the irascible Hemulens would have much truck with the celebration either, other than to give them something else to get cross about. 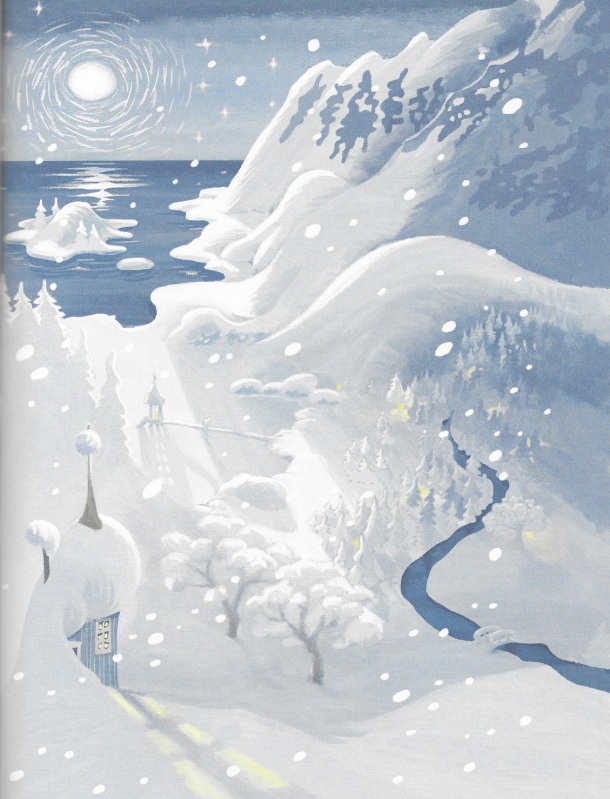 But in The Fir Tree one of the Hemulens comes crashing through the roof the the Moomin house like an angry Santa, demanding the family get up and get stressed out about Christmas too.

‘I’m talking about Christmas, don’t you know, Christmas. And I’ve made absolutely no arrangements yet myself and here they send me off to dig you out. Everybody’s running about like mad and nothing’s ready…’ 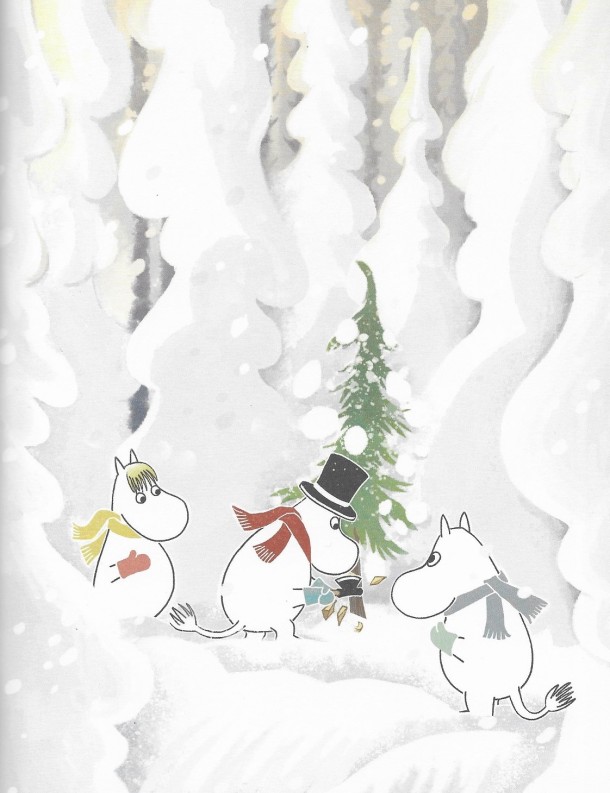 The Moomins, ignorant of the ways of December assume this ‘Christmas’ is some terrible god that needs appeasing with presents, eggnog and baubles. So father and son go off to poach someone else’s fir (because Moominpappa was particular about his own), Moominmamma furiously cooks up a Christmas storm. Note that Tove Jansson’s original version has the Snork Maiden hunting for presents – a 2018 reworking has her out with the men. 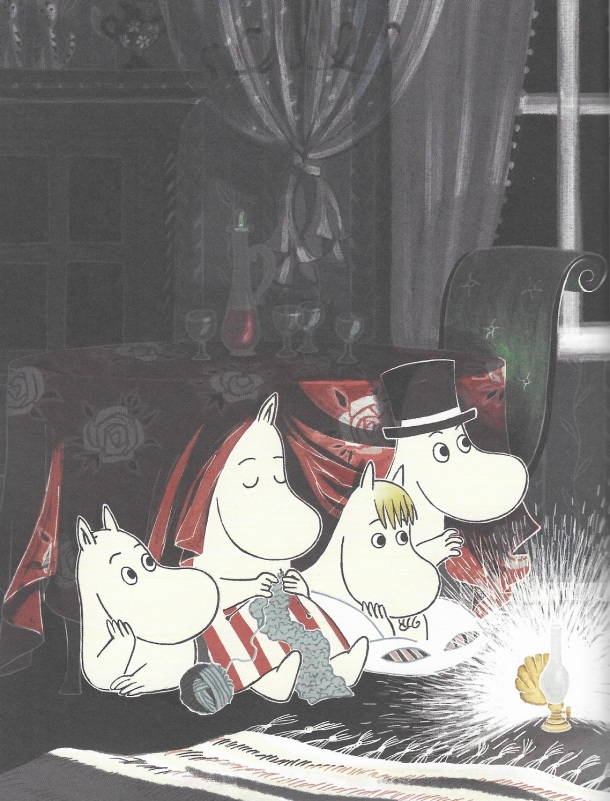 As Christmas approaches the Moomins retreat under an upturned table. But the only visitors are the poor woody creatures who have always longed to see a real Christmas tree. As the stars light up the fir, all concerned finally make peace with this Christmas thing and realise that there is more to it than trees and presents. 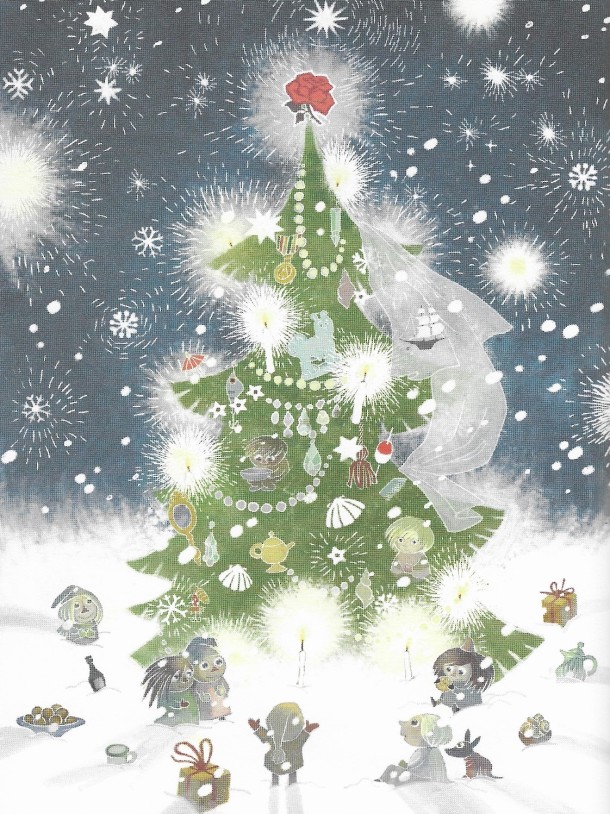 Tove also wrote about Christmas in her 1968 memoirs. She remembers how the Christmas tree cast a similar spell.

Originally published as part of the 1962 collection Tales From Moominvalley, the Fir Tree has been reissued three times in the last year, first as part of Sort Of Books replica series, then packaged together with The Invisible Child (in support of Oxfam) and now in a reworked picture book edition. 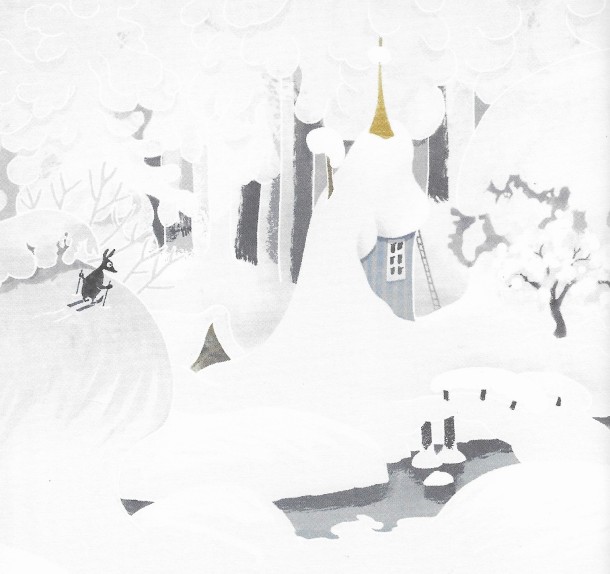 Christmas Comes to Moominvalley is sympathetically abridged and features new artwork by Filippa Widland who brings some added wonder to the story. Tove Jansson’s original came with a more experimental, stripped down look, which although interesting doesn’t quite have the splendour of her earlier work. 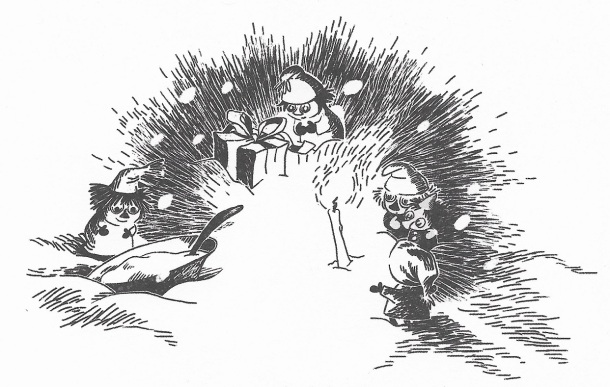 Christmas Comes to Moominvalley is published by Macmillan 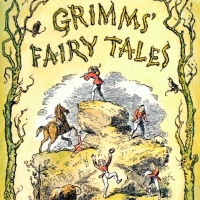 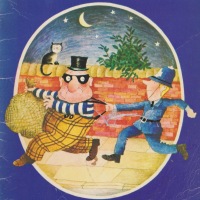 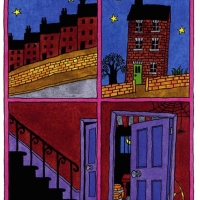