A leading chronicler of British festive traditions since she first invited us to visit Lucy and Tom at Christmas in 1981, Shirley Hughes take readers to places other children’s authors cannot reach. 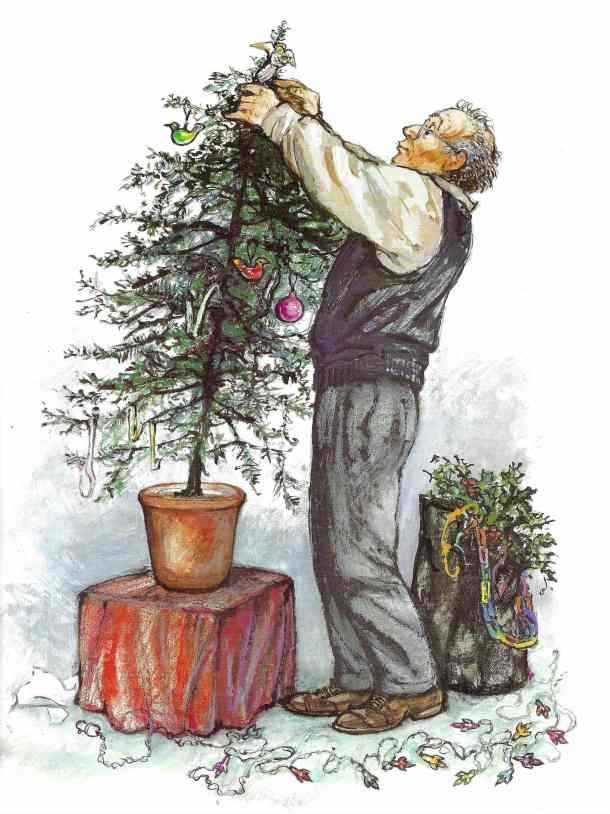 Like much of her work, Burning the Tree is a result of her keen observation skills. Writing in A Life Drawing Hughes explains how a particularly striking image inspired the story.

‘I happened to see out of my window one winter evening;  an older man and his little grandson sharply outlined against a blazing Christmas tree on a bonfire.’

There is something thrilling and slightly subversive about this idea. The excitement the boy feels in watching the flames, the ritualised destruction of an object that symbolised the festival of light.

‘The tree itself, in that rather flat time when it had been taken down and stripped of all its finery, has its last moment of glory as it burns and is once again all lit up with sparks and flames.’

It’s a moment which connects deeply with the grandfather, for who the ceremony marks not just the death of the old year, but also a letting go of his wife whose letters he adds to the blaze. 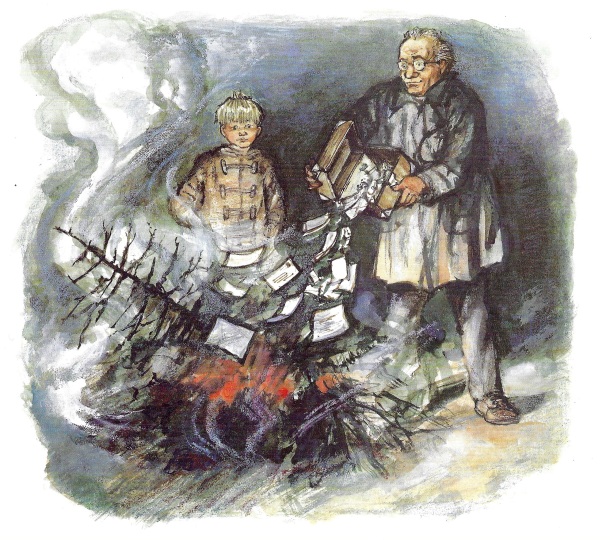 ‘This is also a time for clearing out the old wood and making a fresh beginning of new hope.’

Burning the Tree features in Shirley Hughes’s winter themed collection, Stories by Firelight (1993). As well as this suburban slice of life she includes folk tales, poetry and religious stories to cast a wintery spell.

‘I had been collecting up ideas like bits of silk for a patchwork of many sources… very strong images in my head to which rhythmic phrases immediately seemed to attach themselves.’

It’s a lovely image, that silk patchwork. Warm, tactile, hand made. This is exactly what I think about when I hear the name Shirley Hughes and it’s why she’s so good at winter books that pack a real emotional punch.

‘Stop fussing about the children. They can manage perfectly well by themselves... You do far too much for them. It doesn’t give them a chance to be independent.'
Wine o clock bitches
Ridiculously beautiful 1962 book illustrated by Arnold Lobel from the Science I Can Read series. On sale with lots more hardback first edition I Can Read books in my #Etsy Shop. Link in bio 🔗
Squirrel 🙊