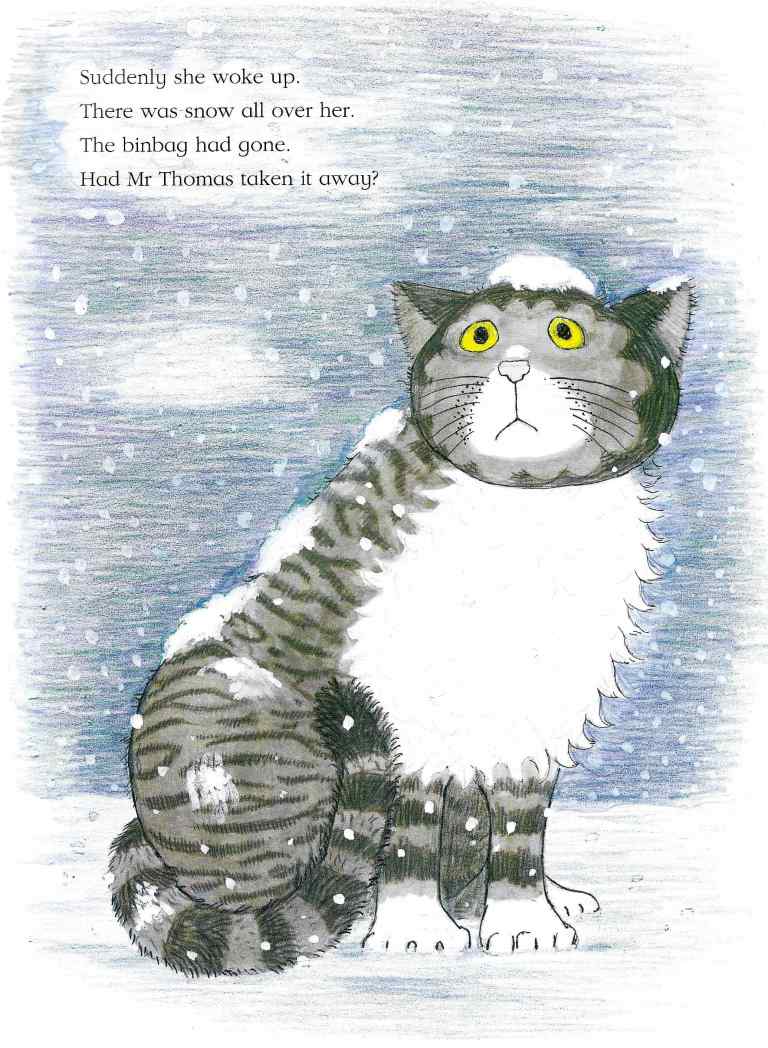 Judith Kerr based her Mog books on the peculiar behaviour of the nine cats she shared a home with during her long and impressive life. In her autobiography ‘Creatures’ she says that the best of these stories were based on real events. The sixth book in the series was inspired by Felix, son of Posy and his unusual friendship with a fox. 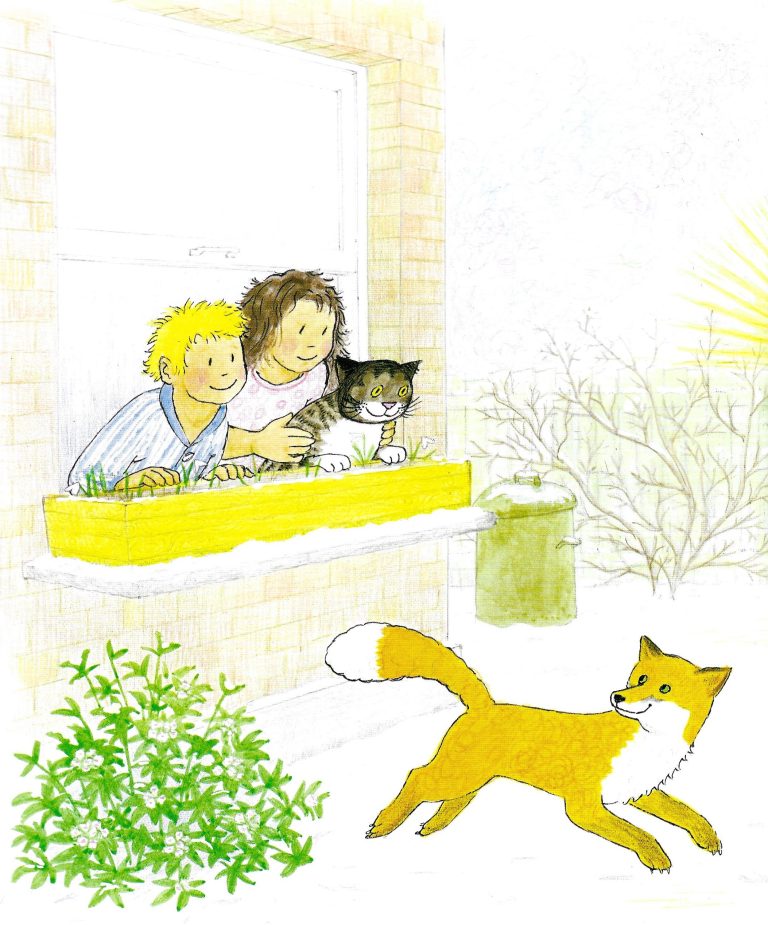 ‘We were woken by a noise one night, and when we looked out of the window saw Felix and a large fox sitting side by side under a lamp post. After this Felix demanded his supper impatiently every  night, so he could keep his appointment with his friend.’ 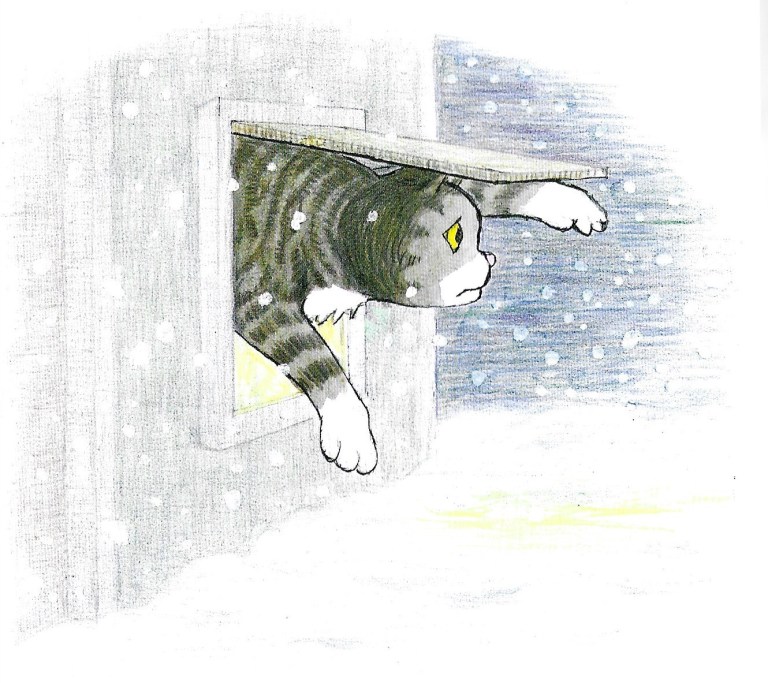 To Kerr’s surprise the book was turned down by her German publisher on the basis that ‘foxes do not go in people’s houses.’ coincidentally Kerr had recently read a newspaper article about one such home invader, complete with a photograph of the offending animal taken as they sat on a woman’s armchair. She sent this to the  editor but never received a reply. 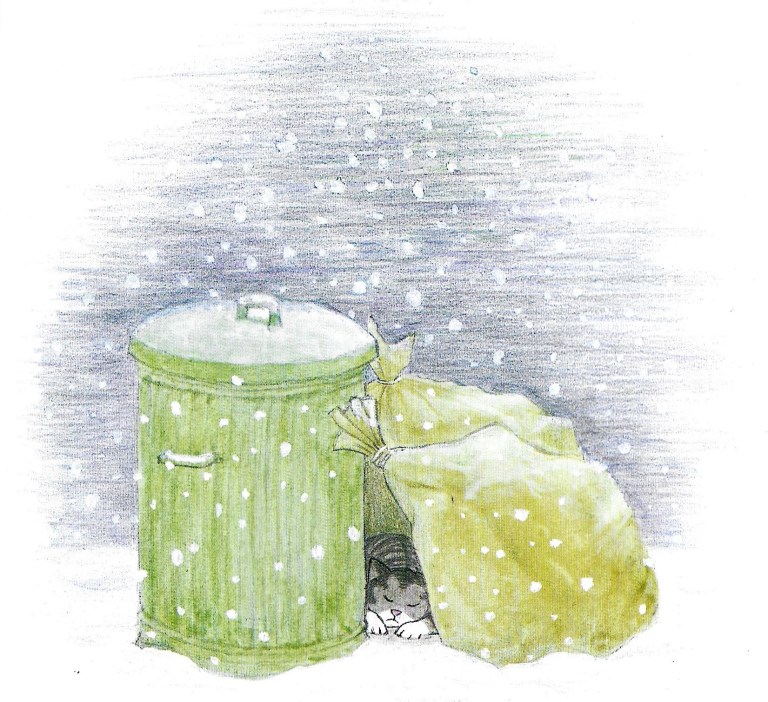 It’s not just her keen interest in feline behaviour that makes the Mog books such a delight, Kerr’s flare for the absurd and the surreal imbue the character with a personality not unlike the greats of silent comedy. 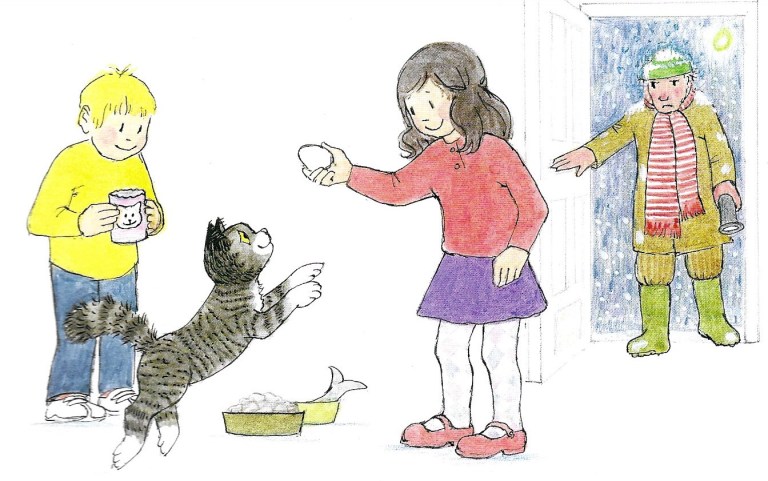 Mog on Fox night begins with a moment of small domestic drama, based around her love of eggs. When she rejects her fish supper, she incurs the wrath of Mr Thomas cross from putting the bins out and getting  covered in snow.

As in her other classic snowy adventure, Mog’s Christmas, the cat is outraged by this unreasonable human behaviour and takes herself out into the cold where she falls asleep. She is woken by a family of foxes helping themselves to the food she has rejected.

She decides they are just as mad as the humans and returns inside, only for them follow. Like that other orange kitchen raider, the Tiger Who Came to Tea they wreak havoc, though stop short of drinking the taps dry. 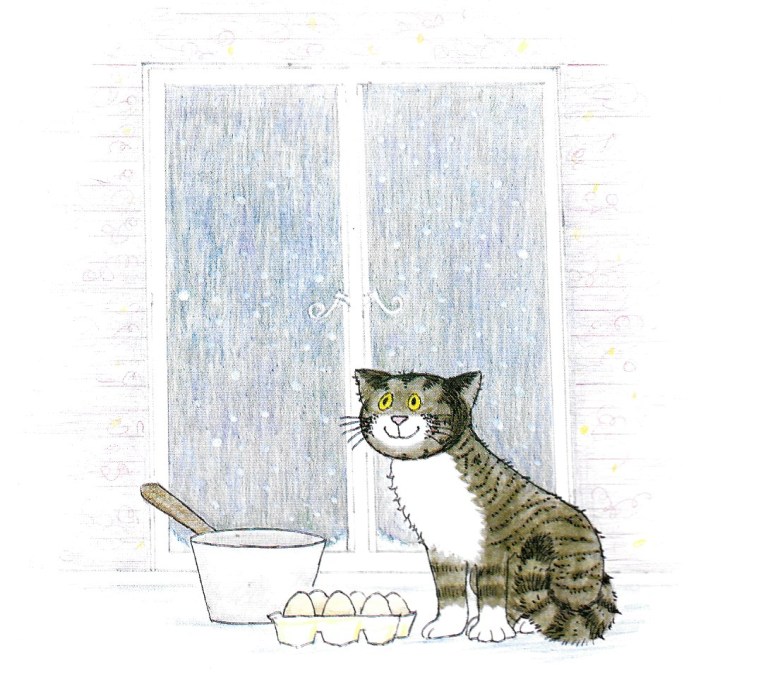 Finally balance is restored, and hard boiled eggs are served. And as it’s wintertime the book finishes with some lovely sledging. 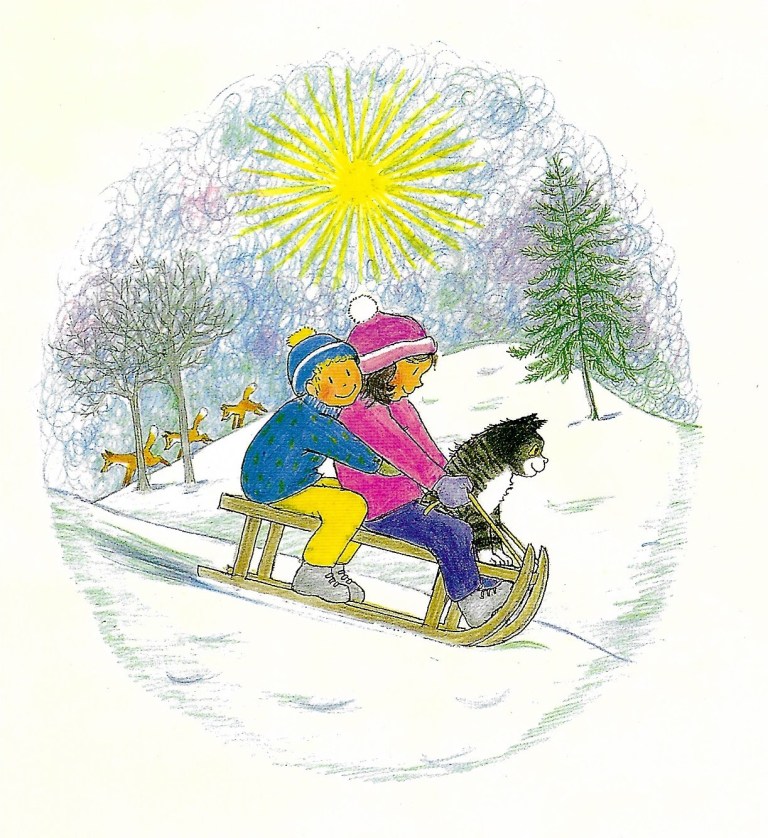 Mog on Fox Night is published by Harper Collins