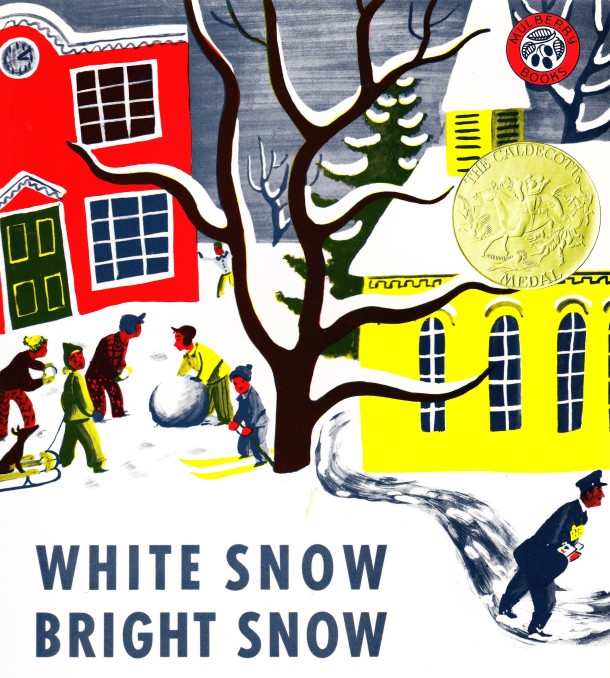 I could fill this entire Advent calendar with great Christmas books by Roger Duvoisin – in fact I pretty much have, here, here and here – but this year let’s look at his most garlandad title, Bright Snow, White Snow which he won the Caldecott Medal in 1948. 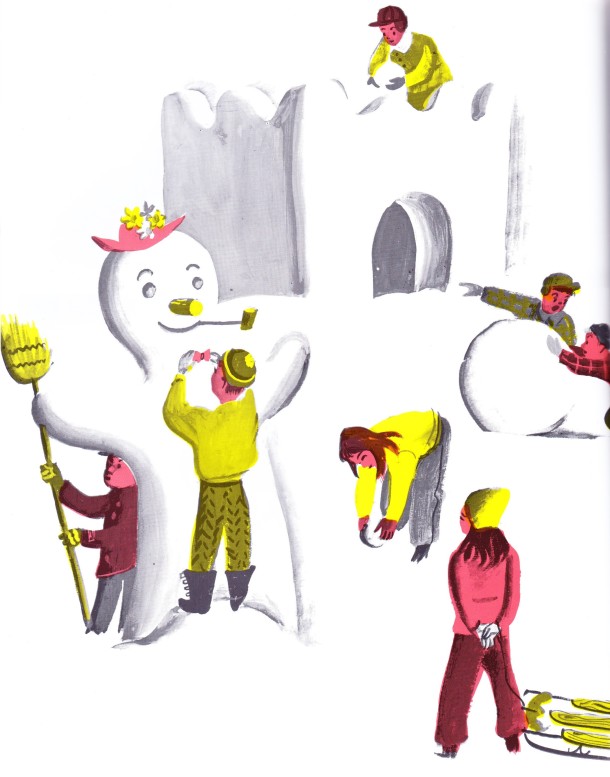 One of the key practitioners of American mid-century illustration, White Snow, Bright Snow marked the beginning of Duvoisin’s fruitful pairing with writer Alvin Tresselt with whom he produced 14 books. 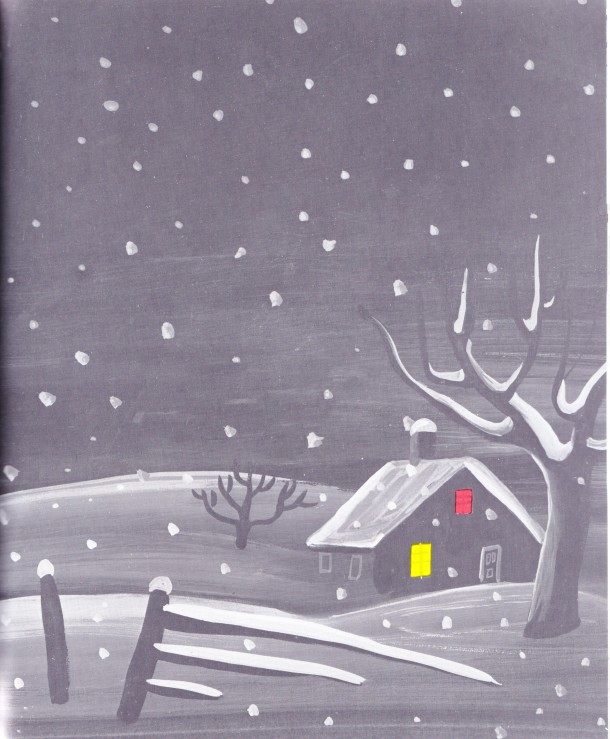 The story is an affectionate depiction of small town New Jersey winters, where Tresselt grew up and Duvoisin had settled, having moved from Switzerland (via New York). Tresselt remembers:

‘White Snow, Bright Snow had its beginning as I walked a street in New York on a snowy winter night. The poem came first, and the verses all but wrote themselves in my head as I walked along. When it came to the story, I recalled my mother saying that her big toe always hurt whenever it was going to snow.’ 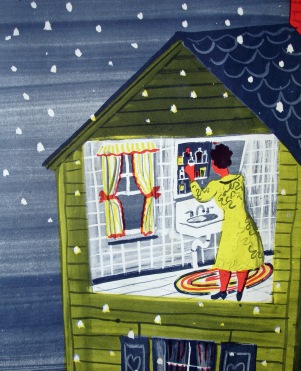 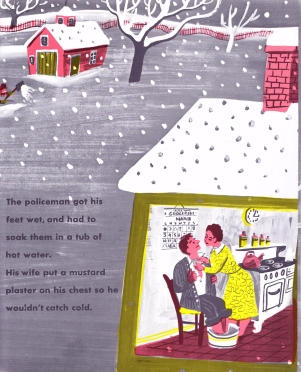 It is Tresselt’s nostalgic view of his childhood we are seeing here, but Duvoisin brings an outsider’s eye to the details of the wintery scene and takes the tale from misty eyed nostalgia into something a little magic. 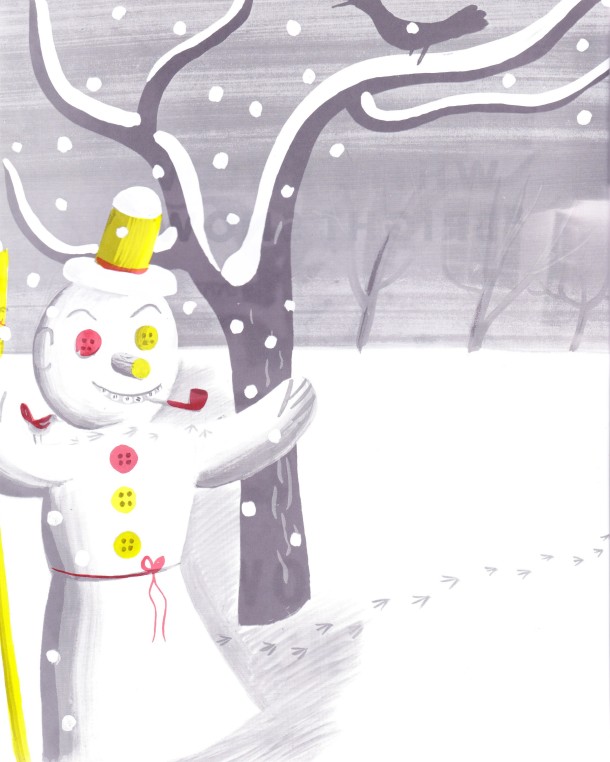 His judicious use of a few bold colours are used to great effect, lighting up both houses and humans against the snow. 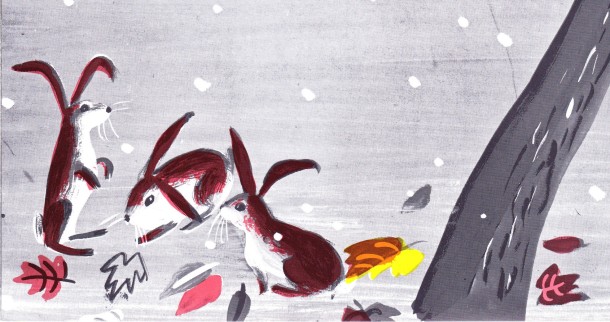 As the town comes to a standstill, the animals, a particular speciality of Duvoisin, get on with their lives with amusing bemusement. 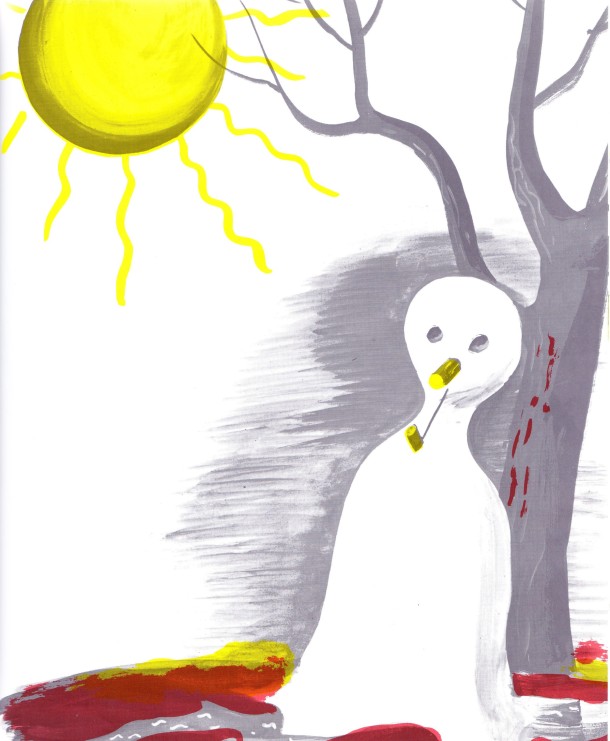 And as Spring arrives, his beautifully designed snowman takes a final puff on his pipe and like the rest of the white snow ‘gurgled in gutters and drainpipes.’

One thought on “White Snow, Bright Snow by Roger Duvoisin and Alvin Tresselt”

Error: Twitter did not respond. Please wait a few minutes and refresh this page.