The Wolves of Willoughby Chase is a book all about sensations, of cold and fear, warmth and happiness, food and starvation. From the very first page you really feel as if you’re in this world.

“Snow lay thick, too, upon the roof of Willoughby Chase… The house was all alight within, and the joyous hubbub of its activity contrasted with the sombre sighing of the wind and the hideous howling of the wolves without.”

We see all this through the wide eyes of orphaned Sylvia, making her way to Willoughby Chase for the first time in a train carriage which comes under attack by a slathering pack of starving wolves.

The sensory nature of the book is further heightened by an extra layer of strangeness: we are in 1832, but an alternate version where James III sits on the throne and where wolves have returned to our shores through the recently opened channel tunnel.

Saved from the wolves, Sylvia’s fear is replaced by another emotion, a deep love for her cousin Bonnie. The feelings that are stirred are every bit as rich as the terror she has escaped.

‘The dark, snow-scented air blowing constantly past them, the boundless wold and forest stretching away in all directions before and behind, the tramp and jingle of the horses, the snugness and security of the carriage, and above all Bonnie’s happy welcoming presence beside her.”

Katherine Rundell, the author of the Aiken infused novel, The Wolf Wilder, writes in her introduction to the Folio edition about the importance of another sensation, food.

‘It is easier to trust a writer who writes great food.They are a person who has paid attention to the world. Writers who write good food are people who understand the twin joys of comfort and adventure, of rooting your world via the senses and galvanising the imagination by evoking real-life hunger. Joan Aiken writes some of the best food in the business.’

Later in the novel when the girls escape a human terror, the evil Mrs Brisket, food restores them, its properties almost magical. And who couldn’t do with a bit of this from time to time?

“Mr Wilderness’s porridge was very different from that served in Mrs Brisket’s school. It was eaten with brown sugar from a big blue bag, and with dollops of thick yellow cream provided by Mr Wilderness’s two red cows, who stood sociably outside the kitchen door while breakfast was going on, and licked the nose of Caroline the donkey.”

Katherine Rundell continues to highlight the book’s many attractions.

Ah, those wolves. Used so sparingly, their appearance when it comes pulls you up short. This isn’t a writer simply imagining a pack of wild animals, these are real wolves. Joan’s daughter, Lizza Aiken recently wrote this about their origins.

“(Her) fascination with them began at an early age, when her mother read her Jean de Bosschere’s Christmas Tales from Flanders, and a particularly scary story that she never forgot, and which certainly influenced her most famous novel.” 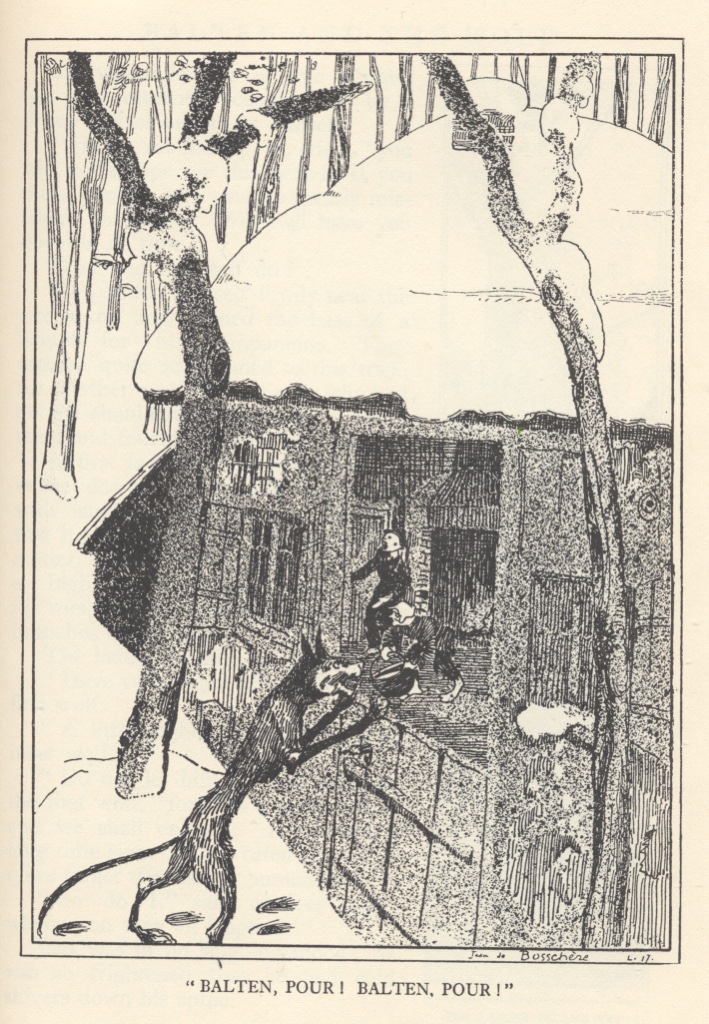 Joan Aiken picks up the story.

“I had decided to do a full length children’s book, a pastiche set in a kind of mad 19th century with a lot of wolves in it – I’d always loved wolves! One of my earliest memories …  was of my mother reading a folk-tale called Balten and the Wolf about a forester who flings a pot of boiling soup over a wolf, which then determines to be revenged!  … it did haunt me, but I just wrote the wolves out of my system into my book!” 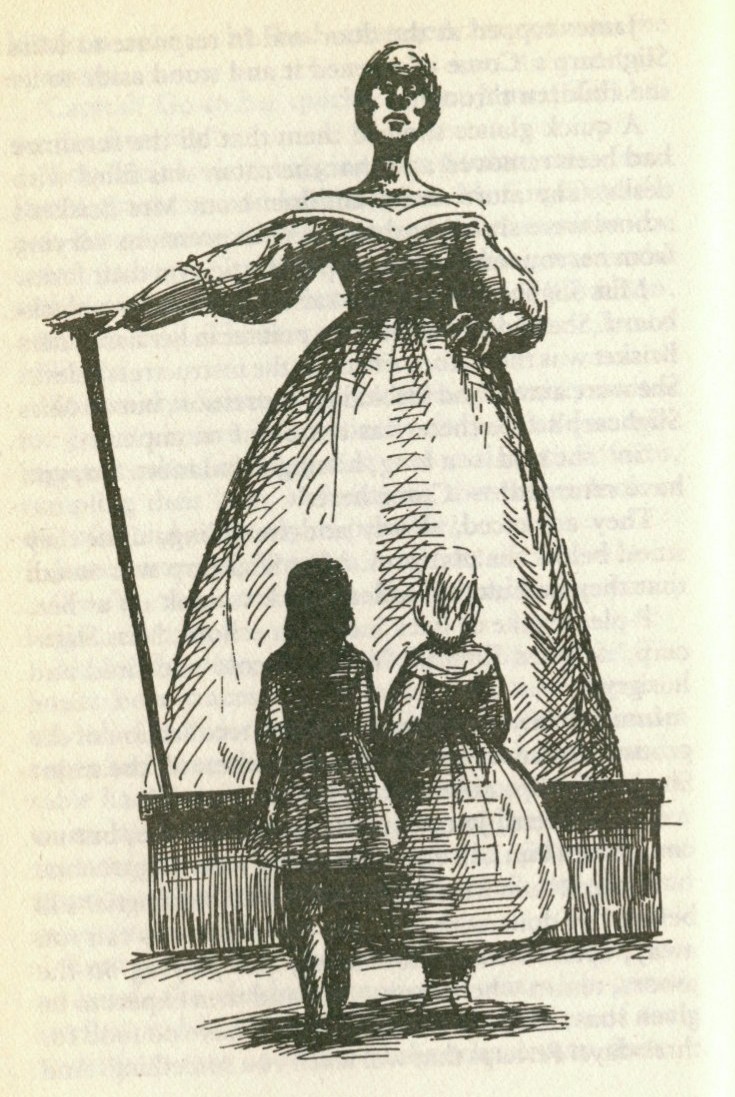 The Wolves of Willoughby Chase is the ultimate wintry adventure story, but the frozen backdrop is just part of it. Joan Aiken has an ability to deliver heightened sensations, the build up and release that every child will relate to at this time of year. I urge you to give them this book to read. Just be warned, they might not sleep. 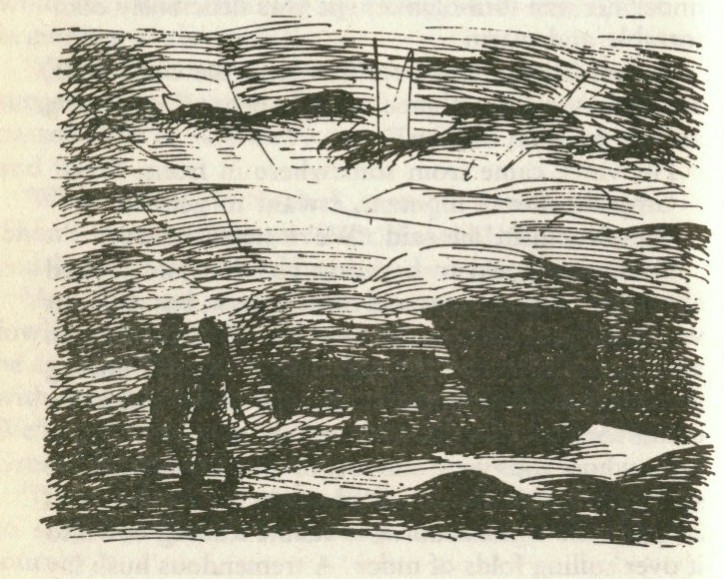 “‘Dream,’ murmured Bonnie sleepily, ‘We can’t help dreaming … we’ve got so much to dream about – the wolves, and Miss Slighcarp, and walking to London, and helping poor aunt Jane, and Mamma and Papa adrift in a boat full of oranges and grapes…’ Her voice trailed away into sleep.” 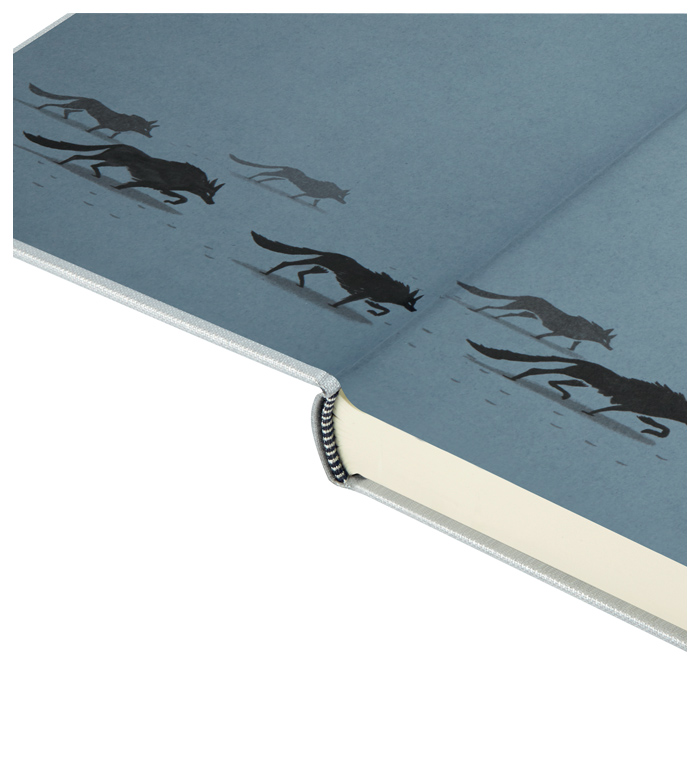 The Wolves of Willoughby Chase by Joan Aiken – Folio edition with introduction by Katherine Rundell and pictures by Bill Bragg. The Red Fox edition contains the original Pat Marriott illustrations.

2 thoughts on “The Wolves of Willoughby Chase by Joan Aiken”