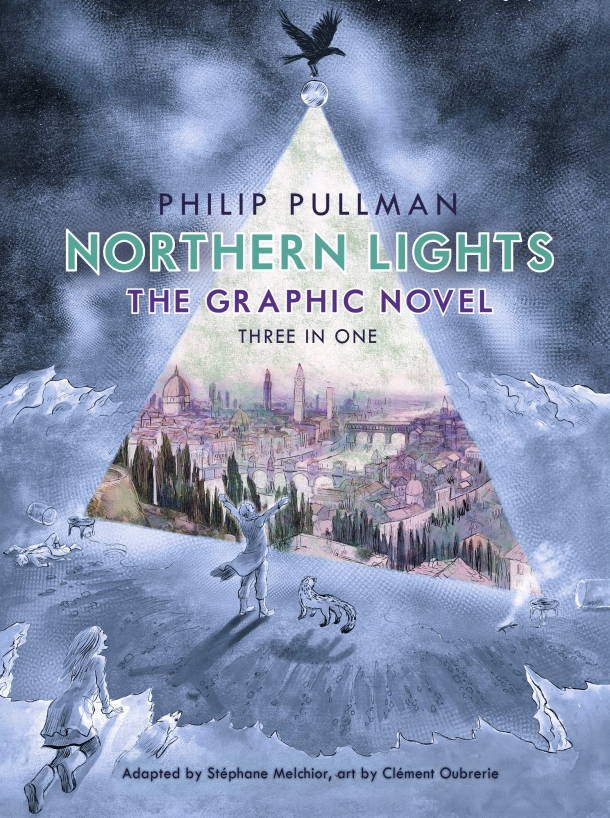 It’s been nearly 25 years since Philip Pullman published Northern Lights, the first part of the His Dark Materials trilogy. Since then the books have become classics and are partly responsible for kickstarting the current boom in children’s publishing. Northern Lights has also spawned a movie adaptation, stage play and now a magnificent BBC television series. 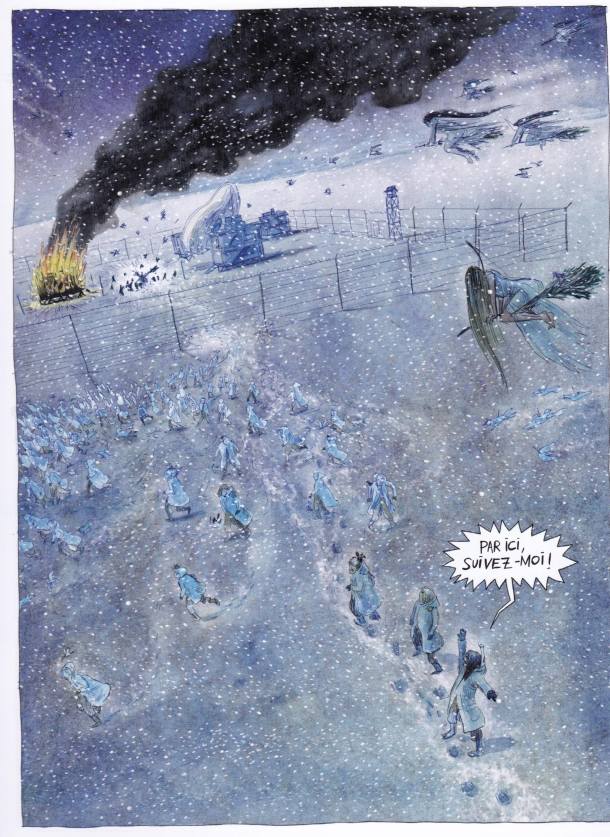 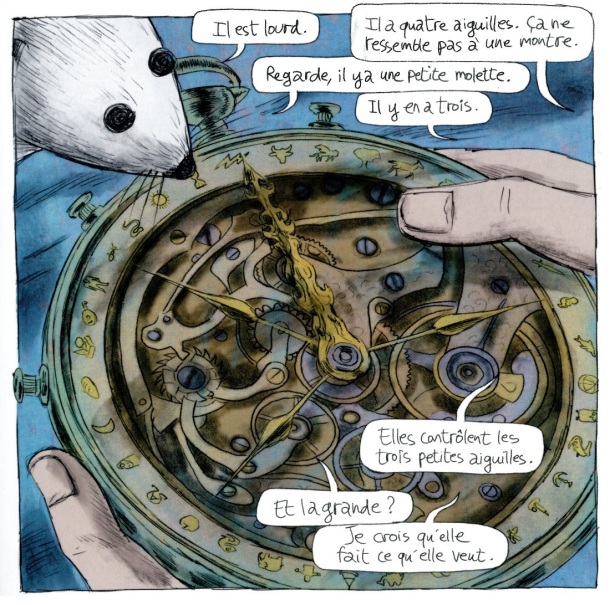 Writer Stéphane Melchior and illustrator Clément Oubrerie stick close to the original novel but make effective use of devices made possible by the visual form. Flashbacks rendered as newspaper articles or cut aways to sudden breathless action sequences all help make this a hugely satisfying experience. 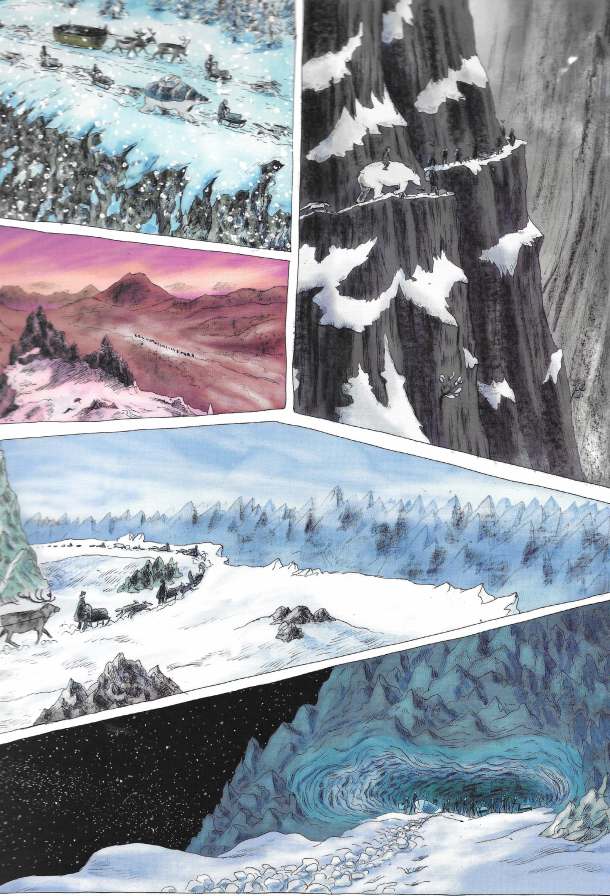 I asked Philip Pullman about this adaptation and the importance of comics in his literary world.

I read that you had turned down several other comic book adaptations of His Dark Materials, what did you like about Stephane and Clément’s approach?

The ones I turned down had illustrations that didn’t work, or that were simply inappropriate (Lyra as a blonde of about 18 with large breasts, etc). I knew Clément’s work from a French BD called Aya de Yopougon, with words by Marguerite Abouet. I love the free-flowing swiftness of his drawing, and the fact that each frame has a hand-drawn edge, and above all the fact that his characterisation is so acute. 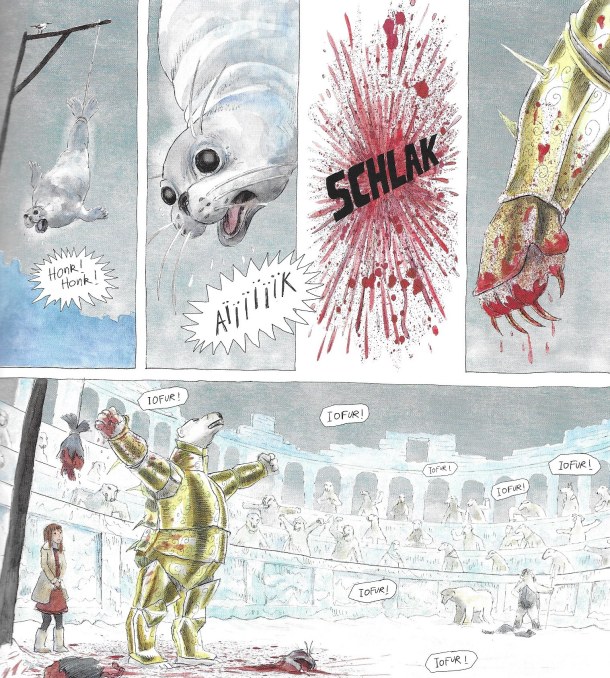 Every face is individual, but they resemble each other when they need: if you look at Asriel and Coulter, you can see where Lyra’s face comes from. That sort of thing. It’s a very rare gift and very valuable. 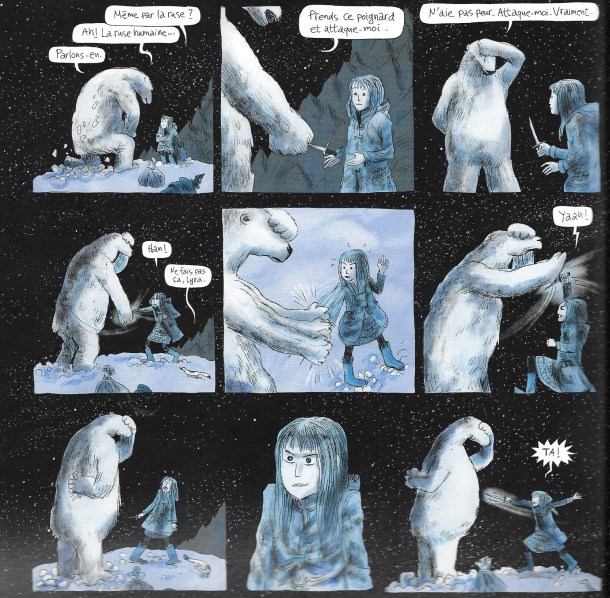 There are so many wonderful details to discover in the book, from the vehicles to the daemons what particularly stood out for you?

The characterisation really, as I say above. But he’s also very good at capturing the look of places. Oxford is really Oxford, but Lyra’s Oxford, a little bigger and more fantastic than the real one. 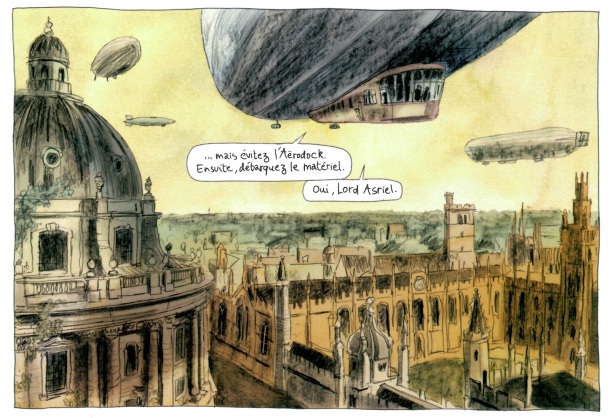 You wrote another comic, the Adventures of John Blake , do you have any plans to write more in the medium?

I’m busy at the moment with THE BOOK OF DUST. I’m not making plans for anything else till that’s finished. 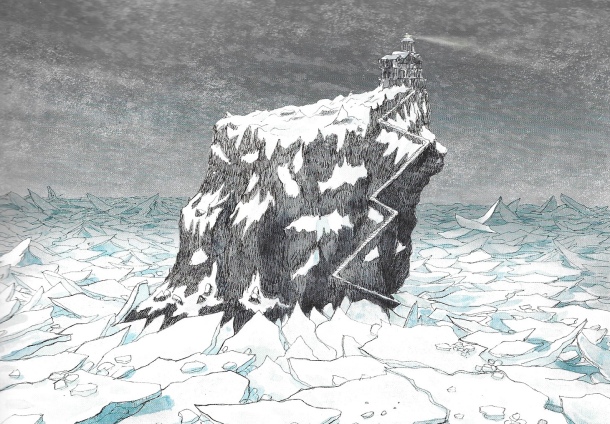 What comics did you enjoy growing up?

The Eagle (every British boy of my age read the Eagle) but also American comics such as Superman and Batman which you couldn’t get in this country so easily then. I first saw them in Australia, where we lived for a while in the mid fifties. 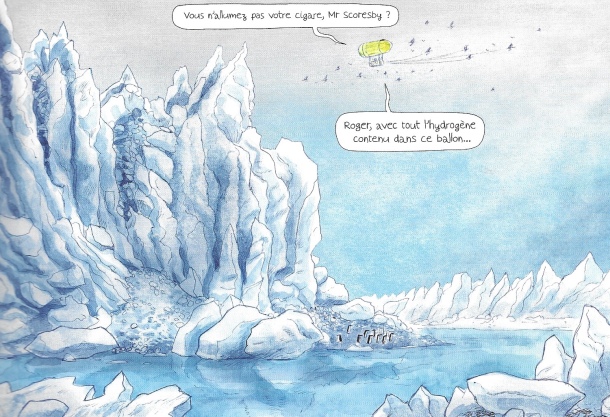 Have they influenced your writing?

I think they must have done. Something in the sheer speed, the swift transitions, the exuberance … I wish I could draw as well as Clément, or Hergé, or Frank Hampson (Dan Dare). I’d probably do nothing but comics. 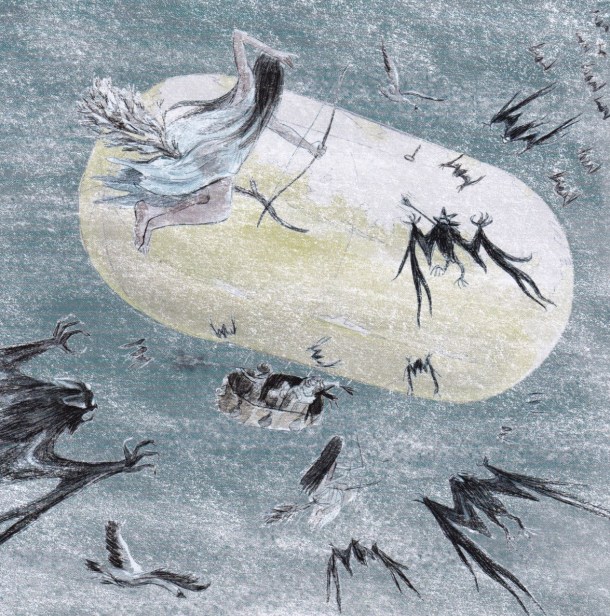 Would you like to see more quality children’s comics published in the UK? 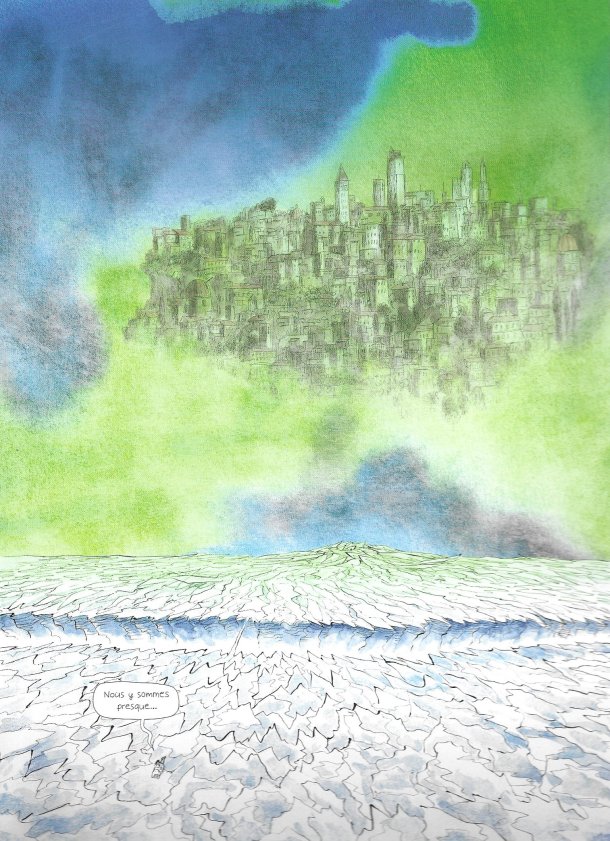 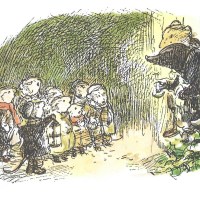 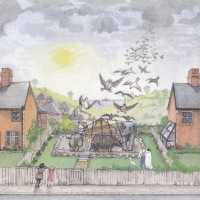 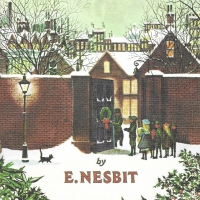 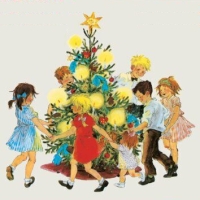 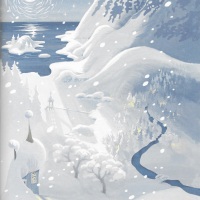