“Dido Twite (the enchanting heroine of Black Hearts in Battersea), waking from a long sleep to foil Miss Slighcarp, the wicked governess, in her plan to assassinate King James III by long-distance-gun – and her greatest ally is a pink whale called Rosie.”

Croopus! What a blurb. These words appear on the back of the 1975 edition of Joan Aiken’s Night Birds on Nantucket, the third book in a series that began with The Wolves of Willoughby Chase. It simultaneously outlines all the relevant (and mad) plot points but singularly fails to communicate the novel’s invention and heart.

Let’s start with Dido Twite, arguably Aiken’s greatest invention. ‘Enchanting’ isn’t the first adjective I’d use for this delightfully plucky urchin. Children’s author Fleur Hitchcock is a lifelong devotee, and she spoke to the Deeper Reading podcast about Dido’s appeal.

“In all the books I had as a child, the children were good. Dido Twite wasn’t bad, but she’s not good. She just makes your heart sing because she’s so real. She’s irritating, funny and relatable.” 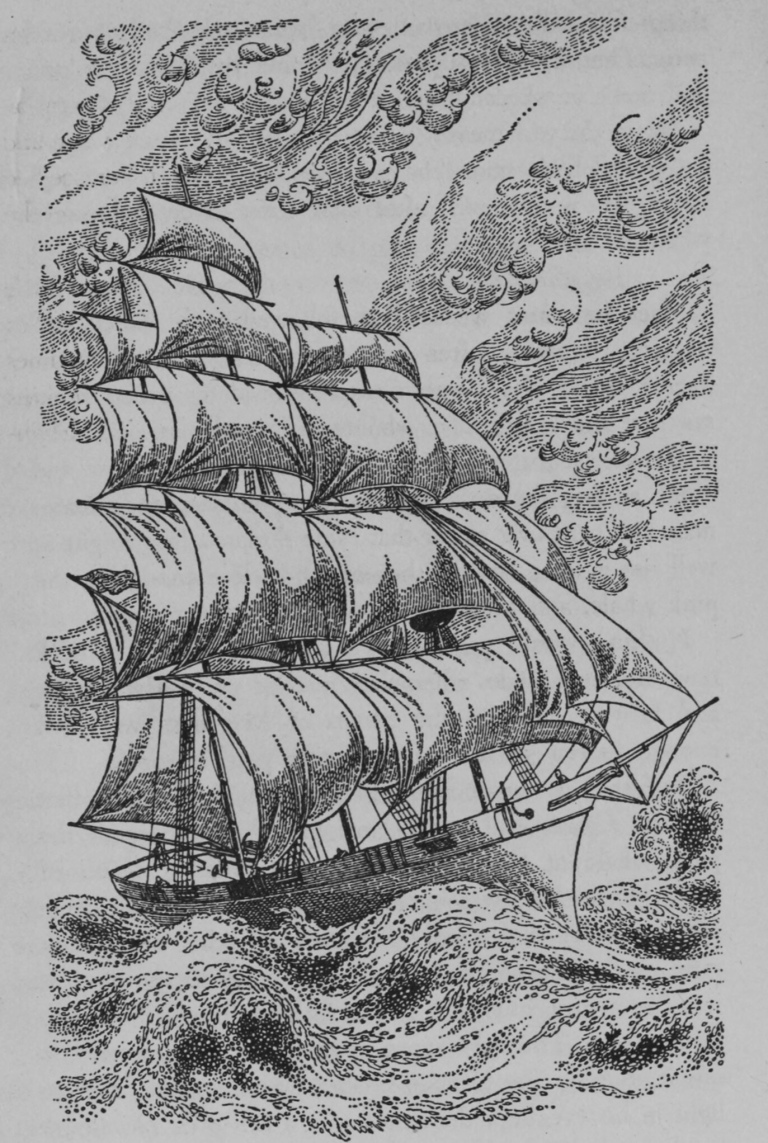 Dido’s first outing in Black Hearts in Battersea ended with her lost at sea and apparently drowned. But the reaction to the character from readers was so great that Joan Aiken hurriedly saved her from the briny waters and promoted her to star of the series.

“I never meant her to survive, but she was much too tough for me… she took root like an uninvited cuckoo fledgling, and became a kind of alter ego of mine… The whole point of Dido is her battle against terrific odds. Wherever she travels, she finds things going hopelessly wrong, and as fast as she puts right one set of injustices, she comes up against another; she would need to have tidied up the whole world, sorted out the whole of the Human Condition, before she could settle down.”

Night Birds begins nearly a year after the previous novel and we find Dido in a comatose state, kept alive by Nate the cabin boy who has fed her a mixture of whale-oil, molasses and sulphur. This unlikely scenario allows Aiken to age the sprite like heroine of Black Hearts in Battersea. She is still perfectly diminutive, but thanks to her hearty diet, Dido is now a little less vulnerable.

As in the Wolves of Willoughby Chase, food continues to play an important role. Deciding she could do with a bit more flesh on her bones, the ship’s cook supplements Dido’s whale-oil diet with Lobscouse, a stew made from “corned beef and hardtack and good salt water.” On Nantucket itself the menu is no less sustaining, with clam chowder, buttered biscuits and handfuls of huckleberries on the menu. 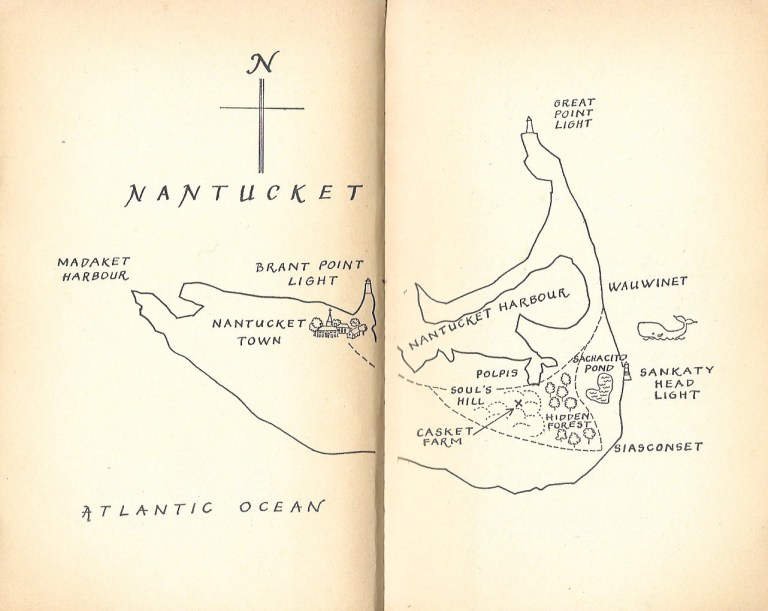 As with her descriptions of seafaring and island life there’s an authenticity to Aiken’s choice of food, that makes Night Birds on Nantucket such a deliciously hearty read. It’s full of fantastic description and an easy use of slang that sounds just right in the mouths of her colourful characters.

Dido’s considerable experience in dealing with shady characters offers a particularly rich seem of vocabulary. Dodgy dealers are variously described as ‘havey cavey’, ‘downy coves’ or ‘skimble-skamble’ (underhand). I have no idea whether these words are authentic or entirely Aiken’s inventions. It doesn’t particularly matter. She employs any method necessary to tell the best story, and that includes dispensing with inconvenient historical facts. The Sankaty Head lighthouse for example wasn’t built until 1850, 15 years after Dido finds herself imprisoned inside.

In Aiken’s alternate history the king of England is James III, a member of a Stuart line never halted by the Glorious Revolution. As a result Dido is constantly caught up in dastardly Hanoverian plots to depose the Stuart king. For Fleur Hitchcock this alternate history only added to the magic.

“I thought when I read the books as a child that they were total fantasy. But I realise now that they are ‘almost’ history. I find that a very interesting place because if you’re a child, history is fantasy. So you can stick a pink whale in or a giant cannon and it’s really not a problem.”

Dido aside it is the adult characters who really stick in the memory. We meet Captain Casket, an Ahab-alike in love with the aforementioned pink whale and batty Professor Breadno, creator of the world’s longest gun. Most of all there is Miss Slighcarp, the star of Wolves of Willoughby Chase and perhaps the best baddie in all of children’s literature. Dido meets her in a particularly sinister way – as a pair of disembodied bottle green, elasticated boots. The ever curious Twite cannot help but give the boot a tug. 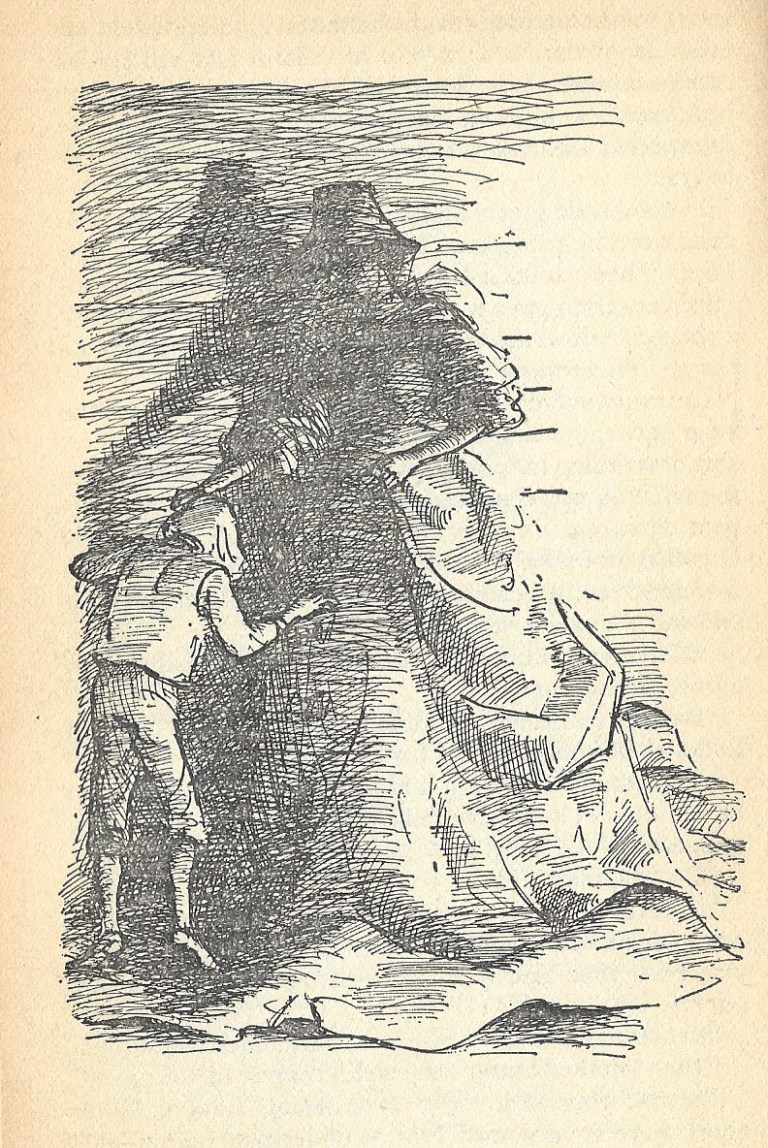 “A sort of writhing motion went on in the middle of the heap, the sailcloth was displaced and suddenly, rather as a serpent darts out of its lair, the figure of a tall, veiled lady uncoiled and shot out from under the pile of stuff. She towered over the quailing Dido, who would have run for it had she not been held fast by the ear.” 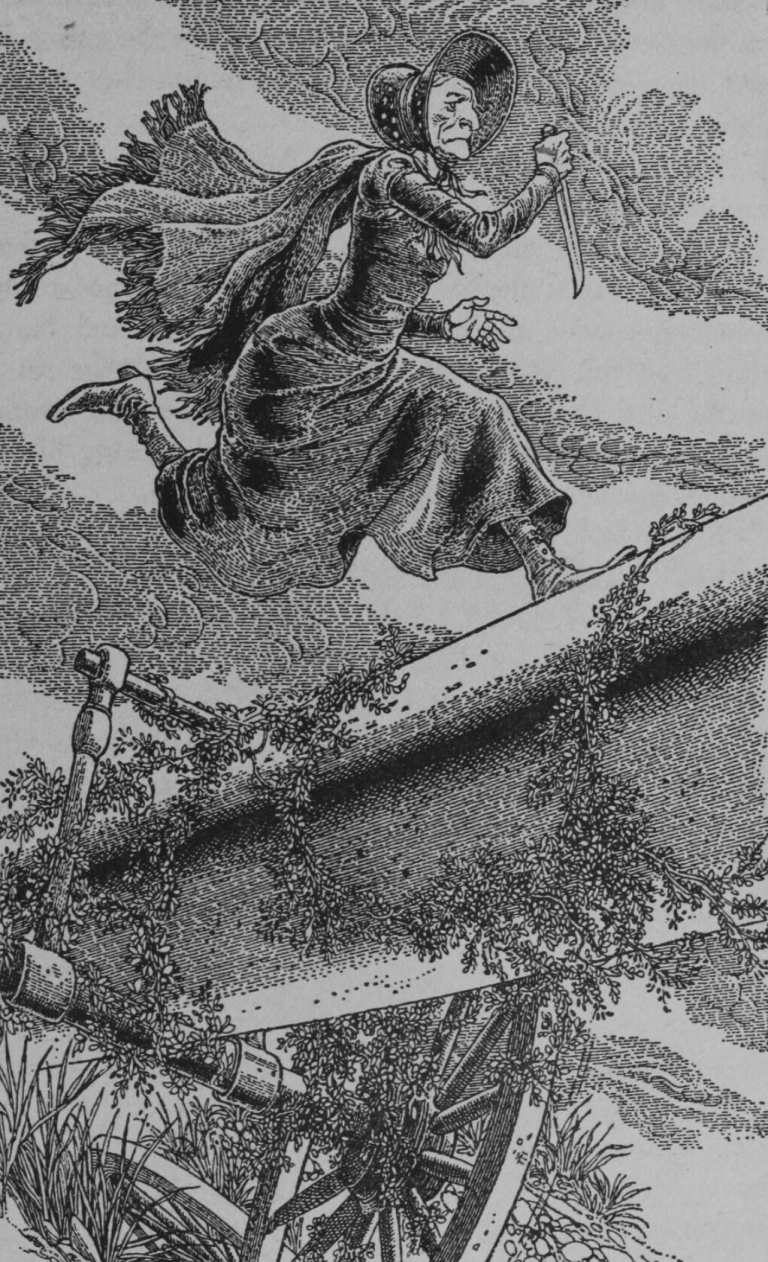 This is top billing for the Wolves series, the best heroine meets the ultimate baddy and Aiken doesn’t disappoint. The Slighcarp’s menace grows throughout the novel until a memorable finale that sees Slighcarp crawl out onto the impossible gun in an effort to fire it across the ocean, straight into the palace of James III. Croopus!

Listen to the Deeper Reading podcast with Fleur Hitchcock.

Read about The Way to Write for Children by Joan Aiken

2 thoughts on “Night Birds on Nantucket by Joan Aiken”