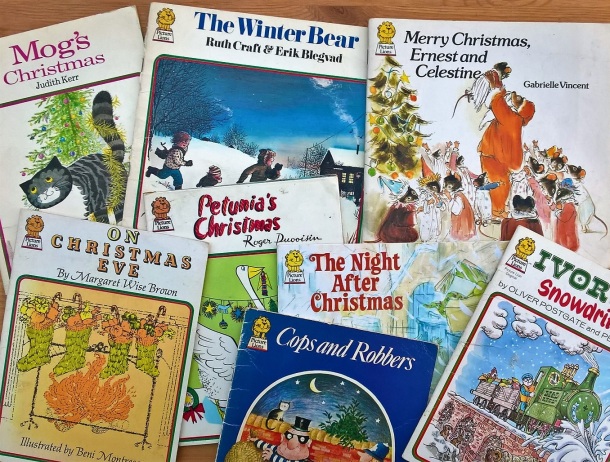 Earlier this year I spoke to Rosemary Sandberg, the former editor of Picture Lions, the paperback publisher that gave Puffin a run for their money in the 70s and 80s. Along with classics like Dogger and The Tiger Who Came to Tea, Sandberg published a selection of Christmas favourites including Cops and Robbers and Mog’s Christmas. 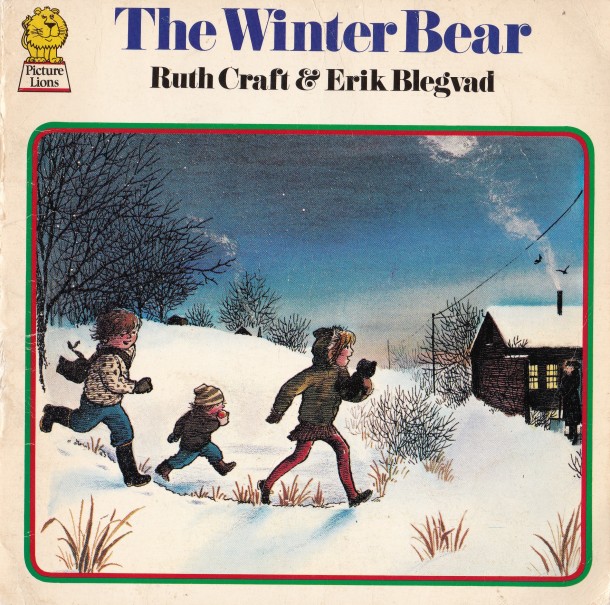 The Winter Bear, by Ruth Craft and illustrated by the brilliant Erik Blegvad is a masterclass in wintry story telling. Over a decade before Michael Rosen sent a family on a bear hunt, these three children are exploring the countryside under the low winter sun. They uncover all kinds of natural delights before discovering a brown knitted bear in a tree.

As the snow begins to fall, they retrieve the tatty teddy and take him home to dress in various oddments.

There’s a beautiful sense of the English countryside in winter. Erik Blegvad chooses to begin the story against a cold, stark backdrop that is more representative of this country during the winter months. When the snow does arrive, half way through, it is all the more pleasurable. 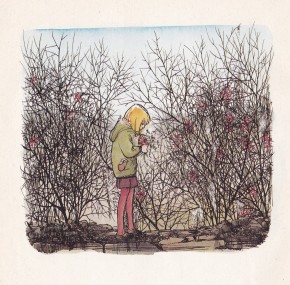 The Night After Christmas by James Stevenson follows another unfortunate winter bear, this one thrown out with the rubbish on Boxing day. 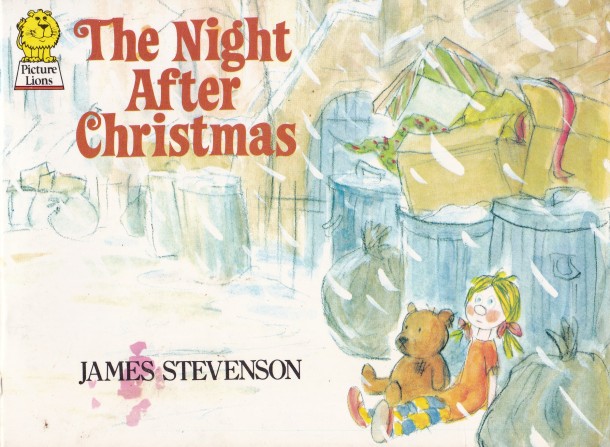 The befuddled Teddy soon befriends Annie, another unwanted toy in the adjoining dustbin and they set off on a melancholic journey into a city that has lost its Christmas twinkle. 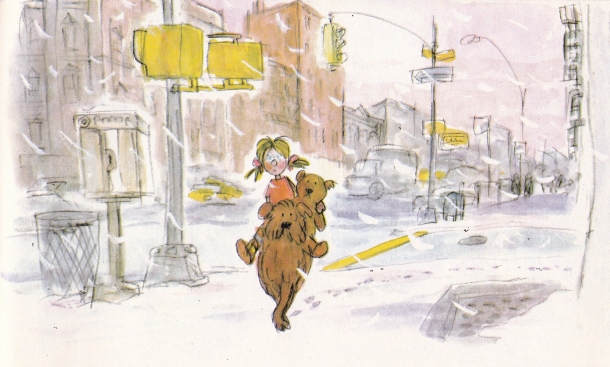 While Teddy clings on to some residual festive cheer, Annie seems resigned to her fate – replaced in her owner’s affection by doll with ‘hair you can curl and clothes you can change plus a bikini.’

This mixture of optimism, cynicism and the ever present threat of the trash heap brings to mind Russell Hoban’s bleak Christmas masterpiece, The Mouse and His Child.

But with the help of a dog called Chauncey they find another chance at happiness in an ending that I found almost unbearably poignant.

On Christmas Eve by Margaret Wise Brown, follows four children as they creep downstairs while their parents sleep to find their home transformed during the most magical hours of the year.

‘Their hearts were pounding.’ 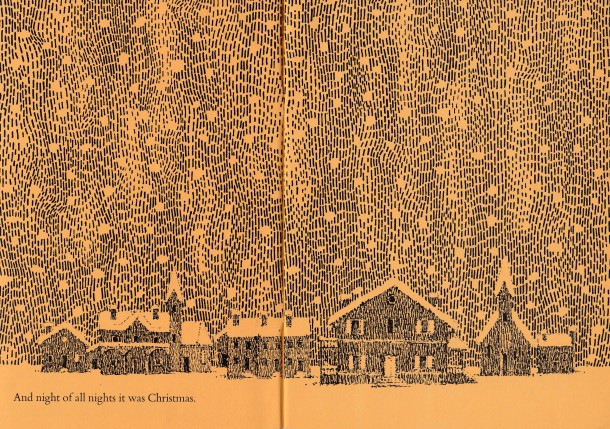 But it’s not the presents or the glittering tree that they are most transfixed by, it’s the silence, which is broken by a group of dark figures out of their window singing Christmas songs.

Margaret Wise Brown is the author of the American classic Goodnight Moon, and this book has a similar meditational quality, perfect perhaps for settling excitable children down on Christmas Eve. 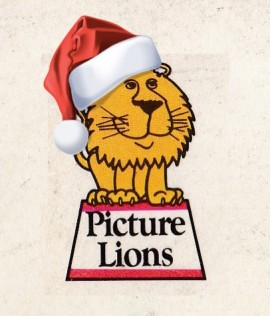 The Story of Picture Lions with Rosemary Sandberg

Cops and Robbers by Allan and Janet Ahlberg

Ivor and the Snowdrifts by Oliver Postgate and Peter Firmin

One thought on “Picture Lions at Christmas”